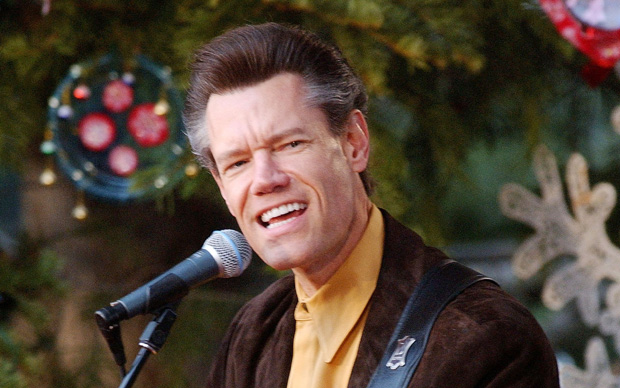 Country music superstar Randy Travis is hospitalized in Texas in critical condition as he battles viral cardiomyopathy, according to the singer's publicist, Kirt Webster.

"Contrary to reports, Randy Travis has not undergone heart surgery," Webster said in an emailed statementTuesday afternoon. "Travis is being treated for viral cardiomyopathy. Travis was admitted into a Texas hospital on Sunday and underwent placement of an IMPELLA peripheral left ventricular assist device [LVAD] for stabilization prior to transferring hospitals." The device is inserted through a catheter in a minimally invasive procedure.

CBS News chief medical correspondent Dr. Jon LaPook, who is not involved in Travis' care, explained that cardiomyopathy is a disease of the heart muscle: Simply put, "cardio" means heart, and "myopathy" means problem with the muscle, he said.

The condition can cause the heart to become enlarged, thick or rigid, according to the National Heart, Lung and Blood Institute. The weaker heart is then less able to pump blood, which can lead to heart failure or a potentially fatal irregular heartbeat called an arrhythmia.

The heart typically pumps out about 60 percent of its blood volume on every beat, explains Dr. Randall Starling, a heart failure specialist at the cardiovascular medicine department of the Cleveland Clinic, but a patient with cardiomyopathy might only eject 20 percent or less.

LaPook said the LVAD device, which Travis reportedly received, is a small pump that helps by offloading some of the work of the heart. Patients can have an LVAD in for days, weeks, months or even years, said LaPook, who added that former Vice President Dick Cheney lived with an LVAD for almost two years prior to receiving a heart transplant last year.

When a patient shows up with sudden, or acute onset of an enlarged heart, doctors may look at whether a virus is the likely cause, said Starling, who has no role in Travis' care. For example, viruses that can lead to respiratory infections could also infect the heart, he said.

Alcohol is a direct toxin to the heart that is associated with cardiomyopathy, but LaPook pointed out there are a lot of people who abuse alcohol that will never get the condition. Starling did not believe alcohol would make someone more susceptible to a cardiomyopathy of viral origin.

Travis had a history of substance abuse and was required to spend at least 30 days at an alcohol treatment facility and complete 100 hours of community service last year after he plead guilty to driving while intoxicated.

Other causes for different types of cardiomyopathy could be underlying heart disease, heart valve problems, genetic problems (such as hypertrophic cardiomyopathy -- sometimes a culprit when young athletes die of sudden cardiac arrest), or high blood pressure.

In some cases, viral cardiomyopathy could just be a broader diagnosis, Starling pointed out. He said if a patient presents for emergency care with an enlarged heart and doctors can rule out a family history, heart attack and or other causes like drug use, the patient may be given the catch-all diagnosis of viral cardiomyopathy.

"Even if we took a biopsy of the heart or cultured it, we rarely make a 100 percent certain diagnosis that a virus caused it," Starling said.

Patients who present with a viral cardiomyopathy receive a "full court press" of standard supportive care, he said, which may include some medications to reduce fluid buildup or surgery to provide life support and mechanical assistance for the heart.

However, just as suddenly as the viral cardiomyopathy came on, it may reverse if the virus goes away. That's why it's so important to provide supportive care as soon as possible with any means necessary, according to both experts.

Starling, who works in an acute cardiac facility, said a viral cardiomyopathy is relatively uncommon among the general population, but it's one of the most common conditions he sees at his center.

"In our world, this is one of the more common things that we deal with," he said. "For the patient and the family, it's devastating, but it's a common scenario we deal with on a daily basis."

Can the sudden onset of a viral cardiomyopathy be prevented? LaPook says this can happen to anyone, but people can ensure they have good heart health by knowing their numbers, such as their blood pressure and cholesterol, and engaging in healthy lifestyle practices.

"It's the same old stuff," LaPook recommended. "Eat right, do exercise, never smoke -- if you're smoking, stop smoking. Genetic propensity towards heart disease is one factor, but there are certainly things you can control and lower your odds of getting any kind of heart disease, including a cardiomyopathy."

Travis' sister-in-law, Teresa Traywick, suggested that family history could play a role in Travis' case. Traywick told People Tuesday morning, "Our prayers are going out to him because my husband just had a heart attack last year, so it is in their family."