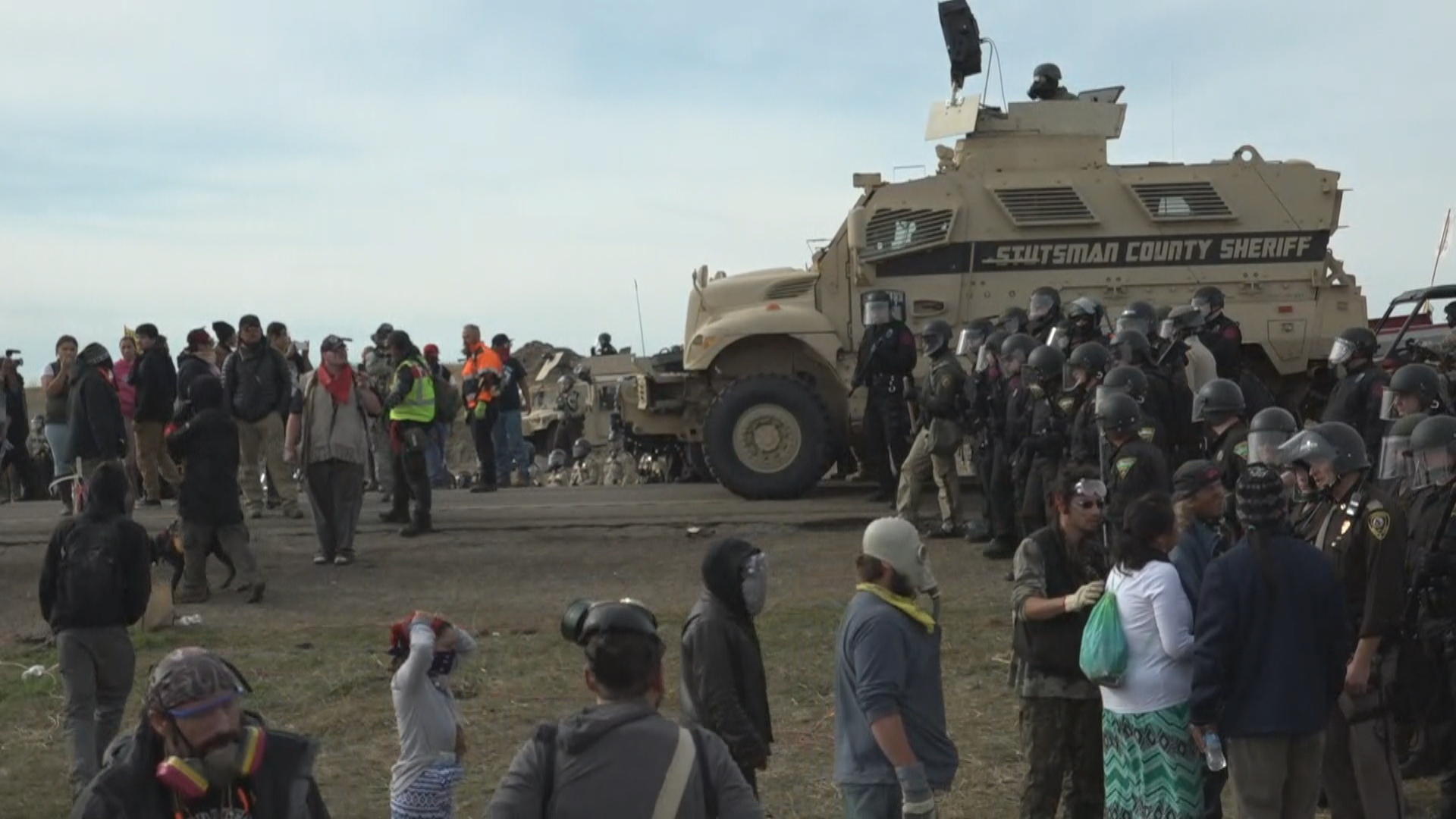 It could have turned deadly. One woman was arrested for firing three shots at police. Police said they did not fire back.

Another armed truck driver was shot in the hand during what CBS News was told was a tussle with other protesters, reports CBS News correspondent Barry Petersen.

“Stand up, rise up, find your warrior spirit!” one protester chanted.

The bitter protests continued into the evening, with protesters setting a bonfire on a bridge. But police have cleared most of the makeshift camps of teepees and tents, ending a day of ongoing confrontation.

“They maced people today, they tased them in the face. President Obama needs to stop this pipeline from happening,” said another protester.

Officers made more than 140 arrests.

The police obviously had the upper hand, with weapons and billy clubs.

Activist Jonathan Edwards was on the front lines.

“Jonathan, how does this end?” Petersen asked.

“We win. They don’t build this pipeline and these guys get charged with human rights violations for the way they’ve been treating people,” Edwards said.

The roughly 1,200-mile pipeline will carry crude oil from the Bakken oil field to Illinois.

Native Americans are angry about plans to tunnel it under the Missouri River. A leak would damage what they consider a tribal lifeline and pollute water for millions of Americans downstream.

“We cannot allow our state highways and our county highways to be taken over by agitators from other areas of the country,” Dalrymple said.

The Native Americans and environmentalists we talked to Thursday seem determined to stop the pipeline. But as we have seen, this state’s government seems just as determined it will be built.