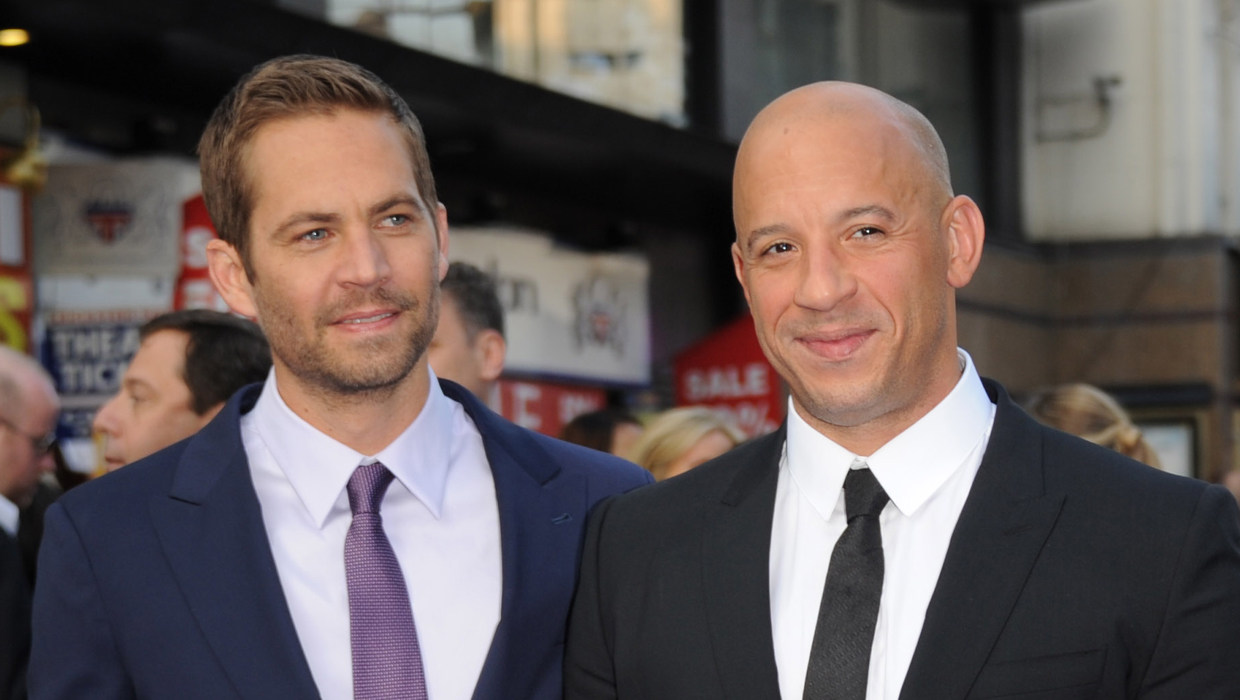 Vin Diesel choked up while discussing his late friend and co-star Paul Walker at a screening of their latest "Fast & Furious" film.

Walker died in a car crash in November 2013. Production was already underway on "Furious 7," which hits theaters April 3, and Walker's brothers stepped in to help finish his scenes for the film.

At an advance screening of "Furious 7" in Los Angeles, the new dad of three got emotional while paying tribute to Walker.

"This was a labor of love. It was in some ways the hardest movie I ever had to do," he said. "Because the relationships that you see on film are so real. When the tragedy happened, I lost my best friend. I lost my brother. Tonight..."

At that point Diesel stopped speaking, apparently overcome with emotion - but then fans in the audience can be heard clapping and shouting words of support.

When he continued speaking, he told the crowd, "What can I say, guys. Thanks for being my family. Thanks for always taking care of us. Thanks for believing in us. ... Please know that we made this movie from our hearts, and know that this is our gift to you. And more importantly, it's for my brother there. Let it be the legacy we know he deserves."