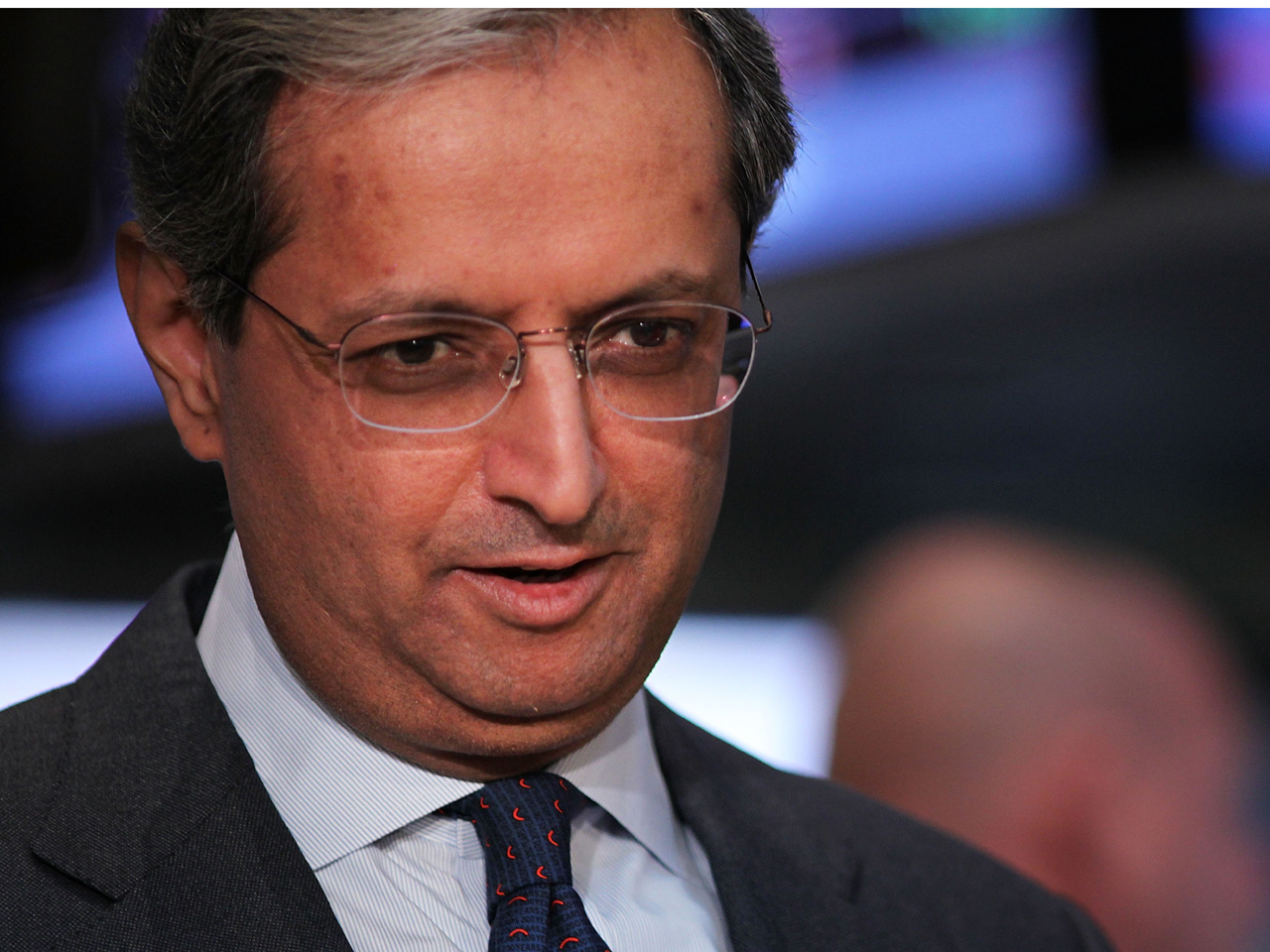 In a move that took Wall Street insiders by surprise, Citigroup CEO Vikram Pandit is stepping down as the company's Chief Executive Officer and as a member of the Board, effective immediately. Replacing him will be Michael Corbat, who previously served as Citigroup's CEO for Europe, Middle East and Africa. Citigroup's Chief Operating officer, John Havens, a long-time Pandit associate, is also stepping down. (Keep an eye out for two other Pandit pals to walk from Citi: Don Callahan, the Chief Administrative Officer and Brian Leach, the Chief Risk Officer.)

The high-level departures are causing many to ask, why now? After a non-scientific survey of people who have worked with Pandit, here are a few conjectures as to the timing: (1) Vikram was sick of the thankless job of running Citigroup and after reporting better than expected third quarter earnings, decided to call it quits. (2) Pandit was pushed out by the Board to signal a new era for Citi. (3) Some sort of bad regulatory finding is about to hit Citigroup (perhaps related to either the packaging of toxic mortgages, the underwriting of mortgages during the housing boom or maybe an anti-money-laundering case) and war-weary Pandit didn't have the stomach to manage the PR battle.

These are purely educated guesses, but for clues as to which one is more likely, it may be helpful to understand how Vikram Pandit landed in the C-suite of one of the nation's largest financial institutions. Pandit's ascension to CEO followed Chuck Prince's tenure as CEO from 2003 until November 2007. Prince, the former chief operating officer of Citi, succeeded Sandy Weill in an effort to clean up a series of legal and regulatory fires that emerged under the realm of former chairman Sanford Weill. (Who could forget Prince being forced to bow before Japanese regulators?)

Prince was booted from Citigroup as the financial giant started to melt down as a result of its bad bets on the housing market and its highly leveraged balance sheet. "At the end of 2007, nobody on Wall Street wanted the job of Citi CEO," said one veteran. Citigroup found someone who did want the job: Vikram Pandit.

In July 2007, Citigroup purchased Pandit's hedge fund, Old Lane Partners LP, for an astonishing $800 million, of which Pandit's take was $165 million. Most insiders at the time thought the price was ridiculous, but Robert Rubin, whose title was Citigroup senior counselor, wanted in on the go-go hedge fund business and maybe even had bigger plans for Pandit.

The problem was that Pandit may have been the least-prepared CEO to guide Citi through the financial crisis. He was known to be a very smart professional during his career at Morgan Stanley, where he served as the Chief Operating Officer of Institutional Securities from 2000 to 2005. But his duties at Morgan required him to run much smaller entities than the massive conglomerate that Citigroup had become in December 2007, when Pandit took the reins.

So how did Pandit do? Citigroup survived the financial crisis, primarily due to massive government intervention. Since December 11, 2007, the day Vikram Pandit was named CEO, through last night's close, the stock has tumbled a split-adjusted 89 percent. That said, many of the decisions that led to Citigroup's stock melt down were not made under Vikram's tenure as CEO.

Pandit has a couple of recent black eyes. In March the Federal Reserve rejected Citigroup's capital plans after a stress test, and Pandit agreed to a low sale price for the bank's stake in the Morgan Stanley-Smith Barney joint brokerage venture. In Q3, Citigroup took a $4.7 billion write-down to the value of its stake in Morgan Stanley-Smith Barney.

So back to the original question: Why now? While a regulatory filing is not out of the question, the more likely scenario is some combination of Pandit being sick of fighting the fight and a board that wanted a change. At the company's annual meeting in April, shareholders voted to reject Vikram's board-approved $14.9 million pay package in 2011. Perhaps after being paid $1 in 2009 and 2010, the fight over compensation could have been enough for Pandit, and after paying up for both his hedge fund and struggling with terrible performance, the board had enough too.

Note: After this was published, various people with knowledge of the bank are saying said that Pandit stepped down after clashing with the board over strategy. Some have claimed that the board worried that Pandit's poor management and execution had led to regulatory setbacks and a loss of credibility with investors.