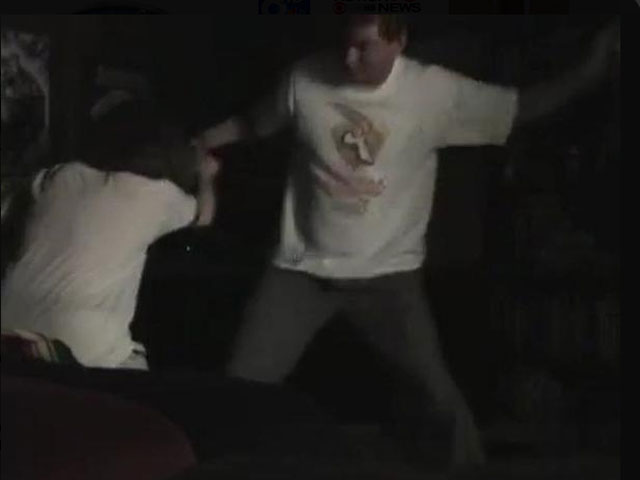 (CBS) The video of Texas Judge William Adams brutally beating his teenage daughter, Hillary, may be shocking, but experts say abuse - even among the rich - is common.

Since the video went live, Hillary has said that she feels relief that people finally know her family secret.

"I think a lot of the people in the community were tricked because all they saw was the outside," Hillary Adams told CBS affiliate KZTV. "They saw him treating his wife and daughter, oh, look what I gave them, look at these amazing cars and watches and pianos... this other side of him, was hidden for so long, because he was so good at controlling the situation and covering anything up."

According to Dr. Jeanne King, a psychologist who has written widely on domestic abuse among the economic upper classes, the fact that Judge Adams was able to hide this violent aspect of his family life is not surprising - or uncommon.

"Wealthy, prominent people have so much at risk," says King. "You need to keep up that image so people go to great lengths to hide what's happening. And they have more 'soldiers' helping them because people in the community need to believe that those they look up to - like judges - are worthy of their admiration."

And though we don't often hear of domestic violence cases among the wealthy, according to Robert Bell, the Children's Justice Coordinator for Childhelp, a non-profit group that advocates for abused children, children of privilege are far from immune to abuse.

"Child abuse is an epidemic in our country," says Bell. "It's much more prevalent than we as a society like to think and it is pervasive in every class of society. It cuts through all education levels, religions and socioeconomic statuses."

In fact, according to a recent investigation by the BBC, " America has the worst child abuse record in the industrialized world."

Bell says that Hillary Adams' inability to convince outsiders of what had been going on in her family - until now - is also common.

"Children often lack the psychological or emotional voice to say, this is happening to me," says Bell, a former Arizona police officer. "Sometimes it's easier to post a video of something happening than have to use words to describe it to people."

Bell says that in all his years in law enforcement he's never encountered a child abuse victim who videotaped his or her abuse, but he suspects that as social media and technology become increasingly pervasive, more videos like this may pop up.

And that, says Bell, is a good thing, because according to the most recent data from the Department of Health and Human Services (HHS), five children die from abuse or neglect in the U.S. every day. And that number has been growing: as recently as 1998, data showed it was three per day.

The state with the most child abuse-related fatalities? Texas.