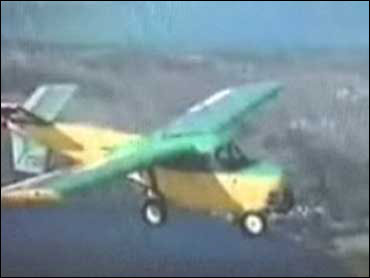 In 1949, Moulton Taylor invented the Aerocar, a single-engine propeller plane with removable wings legal for both road and air travel. Like the abandoned World's Fair sites scattered across the country, the Aerocar captures a lost 1950s notion of futurism, when flying cars seemed to be just around the corner.

That's part of what motivated Ed Sweeney to buy and restore one of the five Aerocars in existence - and the only one still flying, reports CBS Station KOVR in Sacramento, Calif.

"It's magic because of so many of the things that Mr. Taylor - when he invented it - had to figure out how to make work. How to make the geometry fit," Sweeney said.

See video of the Aerocar in action:

Local Video from CBS13 in Sacramento