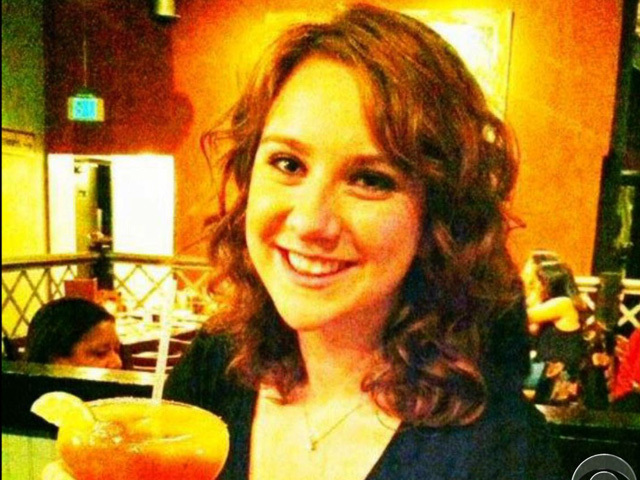 (AP) AURORA, Colo. - This was to be a weekend full of fun for Alex Sullivan: He planned to ring in his 27th birthday with friends at a special midnight showing of "The Dark Knight Rises" and then celebrate his first wedding anniversary on Sunday.

Late Friday, Sullivan's family confirmed that he was among those killed in a deadly shooting rampage in suburban Denver after being notified by police.

Sullivan was in the crowded theater when a gunman barged in, set off a gas canister and began firing as spectators dove for cover.

"He was a very, very good young man," said Sullivan's uncle, Joe Loewenguth. "He always had a smile, always made you laugh. He had a little bit of comic in him. Witty, smart. He was loving, had a big heart."

Micayla Medek, 23, was also among the dead, her father's cousin, Anita Busch, told the Associated Press.

Busch said the news, while heartbreaking, was a relief for the family after an agonizing day of waiting for news.

A sports blogger who recently wrote of surviving a Toronto shooting was also among those killed, the woman's brother said.

The death of Jessica Ghawi, who was also known as Jessica Redfield, was a "complete and utter shock, said her brother, Jordan Ghawi.

He has been using his blog and Twitter account to update what he knew about his sister's condition throughout the day. He also appeared on the Today Show.

Aurora Police Chief Dan Oates said Friday evening at a press conference that in addition to the 12 dead, 70 were injured, but not all were shot. Eleven are in critical condition.

Oates said the last of the 10 deceased victims from the midnight showing of a Batman movie was removed from the theater Friday afternoon.

Oates said officers expect to get a confirmed list of the deceased and meet with their families Friday night.

In addition to the 10 people who died at the theater, two others later died from their injuries.

Jordan Ghawi said on his website that a man who was with his sister at the theater described the chaos, saying he and Jessica Ghawi dropped to take cover when the gunman first started shooting. Jessica Ghawi was shot in the leg, her brother wrote, describing details relayed to him by a man identified on the blog only as a mutual friend named Brent.

Jessica Ghawi began screaming when she was shot, and the friend tried to calm her and stop the bleeding, according to Jordan Ghawi.

The man was then shot, but he continued attending to Jessica Ghawi's wound before he realized she had stopped screaming, Jordan Ghawi stated. The man said Jessica Ghawi had been shot in the head.

Jordan Ghawi said the friend escaped the theater after being shot twice, but he was expected to survive. Jordan Ghawi praised the man, saying his "actions are nothing but heroic."

Jessica Ghawi, 24, moved to Denver from Texas about a year ago and friends and colleagues described her as outgoing, smart and witty.

"She was always kind of a sponge as far as how she could be an even better journalist and sports broadcaster," said Peter Burns, a radio sports show host with Mile High Sports Radio in Denver, where Ghawi recently interned.

Ghawi blogged at length about surviving the Eaton Centre mall shooting in Toronto that killed two people and sent several others to the hospital. Burns and his girlfriend, Lauren Anuskewicz, both said the blog reflected everything she told them.

"She was like, `You guys would never believe what happened,"' Anuskewicz said.

Ghawi wrote of the Toronto shooting: "I was shown how fragile life was on Saturday. I saw the terror on bystanders' faces. I saw the victims of a senseless crime. I saw lives change. I was reminded that we don't know when or where our time on Earth will end. When or where we will breathe our last breath."

Anuskewicz said Ghawi had been in Toronto visiting a boyfriend and "it obviously was a very scary situation."

"And to be just so close to it," she added. "It's just impossible to imagine that not even a month and a half later this would happen, and she would be involved. It's just awful."

Yet, Burns said, Ghawi seemed more enlivened than intimidated by surviving that shooting.

"After the Toronto incident, I think she even looked at that like, `Hey, even after that, I'm able to pursue my dream," he said.

Burns said he was close to Ghawi's family. He moved to Denver from Texas a few years ago and talked with Ghawi about establishing a sports radio career there, he said.

Former colleague Mike Taylor, a sports host at KTKR-AM in San Antonio described how she reluctantly changed her name for her career, taking the name "Redfield" as a play on her red hair because it was easier to say than her given name.

Jessica Ghawi was a prolific social media user under the new name. Her last tweet stated in all capital letters, "movie doesn't start for 20 minutes."