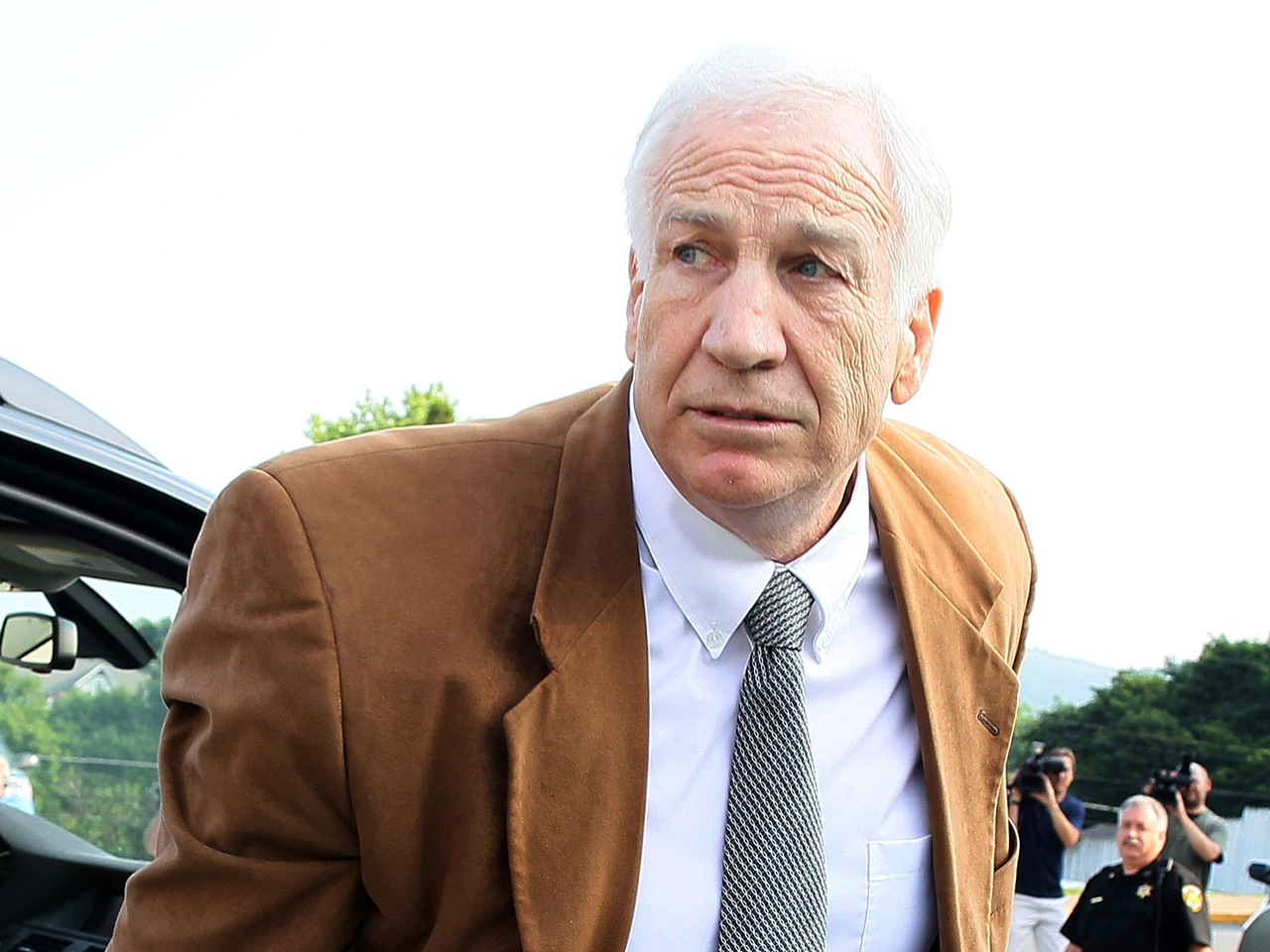 Ballantine Bantam Dell said that "Silent No More: Victim 1's Fight for Justice Against Jerry Sandusky," is coming out Oct. 23. The memoir will be co-written by the victim's mother and psychologist and "will share how he survived years of shame and secrecy, harassment and accusation, before reporting Sandusky's actions to the authorities, and will offer a hopeful and inspiring message for victims of abuse," Ballantine announced.

Victim 1, now 18, will reveal his identity on the day of the book's release in an interview with ABC's Chris Cuomo.

Financial terms for the book were not disclosed. But Ballantine, an imprint of Random House Inc., plans a donation to a charity for victims of child abuse.

Victim 1 first alerted authorities in 2008 and helped launch the investigation leading to Sandusky's conviction in June on 45 counts of child sexual abuse. Prosecutors said some of the assaults took place on the Penn State campus. Sandusky is scheduled to be sentenced next month and is likely to receive a sentence that will keep him in prison for life.

Victim 1 testified for the prosecution that Sandusky approached him through a summer camp for youth sponsored by The Second Mile, a charity for at-risk youth that the former coach had founded. Their initial contacts consisted of football games and swimming, and Sandusky would attend the boy's wrestling tournaments.

Physical contact began with a hand on his leg in the car, Victim 1 said, and he began spending nights at the Sandusky home in State College, about 30 miles from his own home in Lock Haven.

Kissing and back rubbing during those overnight visits, when he was in his early teens, progressed to oral sex, he testified, sobbing. He said Sandusky eventually told him: "It's your turn."

He told jurors his own behavior worsened, going from a well-behaved child to fights with relatives and bed wetting. His grades deteriorated. After Victim 1 began trying to avoid Sandusky, he asked his mother about websites for child molesters, "to see if Jerry was on there," he testified.

His mother set up a meeting with school guidance counselors, a process that led to the opening of a police investigation and produced criminal charges against Sandusky in November. Messages seeking comment left Thursday for Victim 1's civil lawyers, Slade McLaughlin and Michael Boni, were not immediately returned.