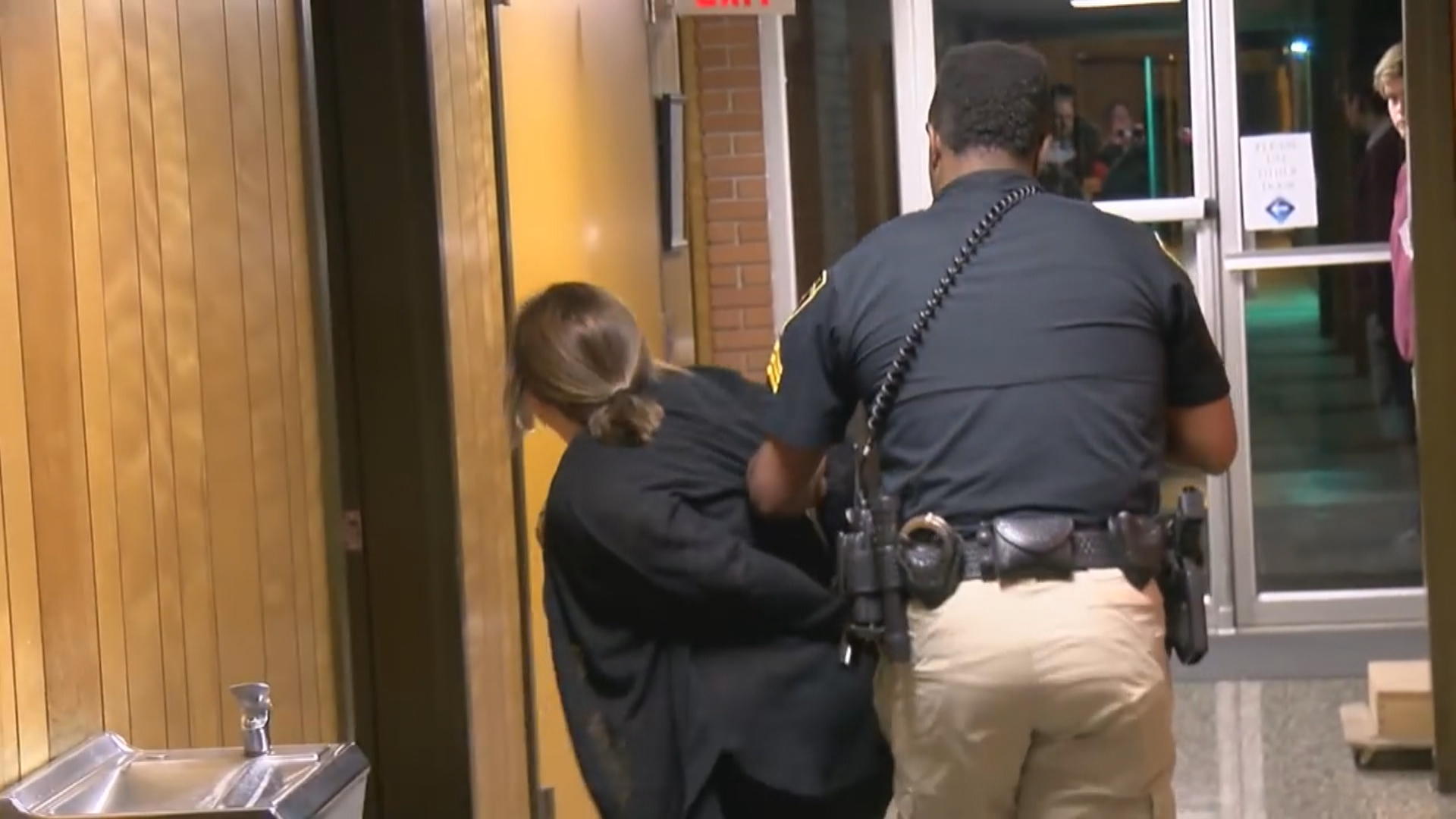 NEW ORLEANS - A Louisiana school board's office went on temporary lockdown after getting death threats following a widely viewed video showing a teacher being handcuffed at a school board meeting. The threats have come from as far away as South America, Australia and England, as well as other U.S. states, Vermilion Parish School Board President Anthony Fontana told The Advertiser newspaper Tuesday. He said they've been reported to the FBI and local police.

Middle-school English teacher Deyshia Hargrave was removed from Monday night's school board meeting, forcibly handcuffed by an officer and jailed after questioning pay policies during a public comment period. The video shows Hargrave being led away in cuffs as she cries out, "What are you doing?" The officer says, "Stop resisting," and she replies, "I am not! You just pushed me to the floor."

The Vermilion Parish School board and the city prosecutor say they are not moving forward with charges against Hargrave, but many in the district still want to know why a former teacher of the year was arrested in the first place.

Two board members are also complaining that the board treats women unfairly.

Women have several times been told to leave meetings, while men who speak out have not been removed, board member Laura LeBeouf told The Associated Press in a telephone interview Tuesday.

"When she realized she had to get out, she picked up her purse and walked out," LeBeouf said. "Women in this parish are not getting the same treatment."

"It was time that we brought to the board a salary that's commensurate with what superintendents are making," Puyau said.

Longstanding divisions on the eight-member school board preceded the meeting, according to LeBeouf and board member Kibbie Pillette, both of whom said that a new contract for Puyau give him the opportunity to earn more while the board hasn't raised teacher salaries in more than a decade.

Pillette said he wouldn't be surprised if teachers decide to walk out to protest Hargrave's treatment, although they were at work Tuesday.

Other board members either declined comment or didn't respond to queries Tuesday.

The Louisiana Association of Educators has a lawyer for Hargrave.

"As an organization that advocates for the dedicated school employees of Louisiana, we firmly denounce the mistreatment of Ms. Hargrave, a loving parent and dedicated teacher serving the students of Vermilion Parish," the union's statement said.

The American Civil Liberties Union of Louisiana said it was investigating as well.

"Deyshia Hargrave's expulsion from a public meeting and subsequent arrest are unacceptable and raise serious constitutional concerns," the organization said in an emailed news release.