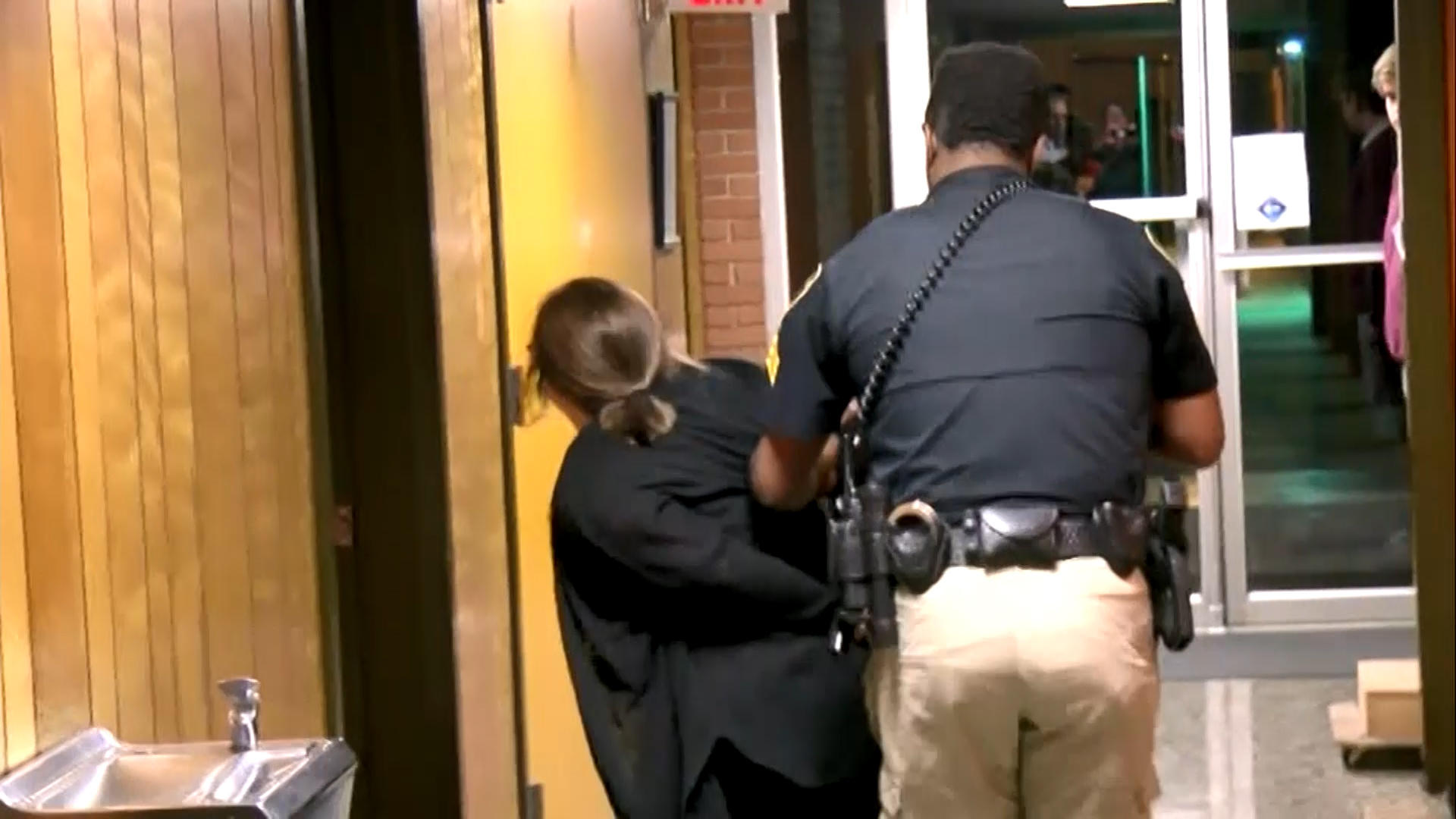 ABBEVILLE, La. -- A Louisiana teacher who spoke out about teacher pay at a school board meeting was handcuffed by a law officer as she screamed on the floor while the officer tried to gain control of her in a brief struggle. In dramatic video posted by KATC-TV, the teacher yells at the officer that he'd just pushed her to the ground. The officer orders her to "stop resisting."

KATC-TV reports that the skirmish involving Deyshia Hargrave, a middle school language arts teacher, and an Abbeville city marshal happened Monday during a meeting of the Vermillion Parish schools.

The station says the teacher had addressed the board about teacher salaries and raises, and school board president Anthony Fontana at one point ruled her "out of order."

A city marshal on duty at the meeting approached her as she continued to speak and directed her to leave the room. She was then apprehended in the hallway.

KATC-TV reports the teacher was booked into jail. Superintendent Jerome Puyau told the station he called to made sure police knew the system was not pressing charges.

It is unclear whether the marshal acted on board members' orders or his own accord, according to KATC-TV.