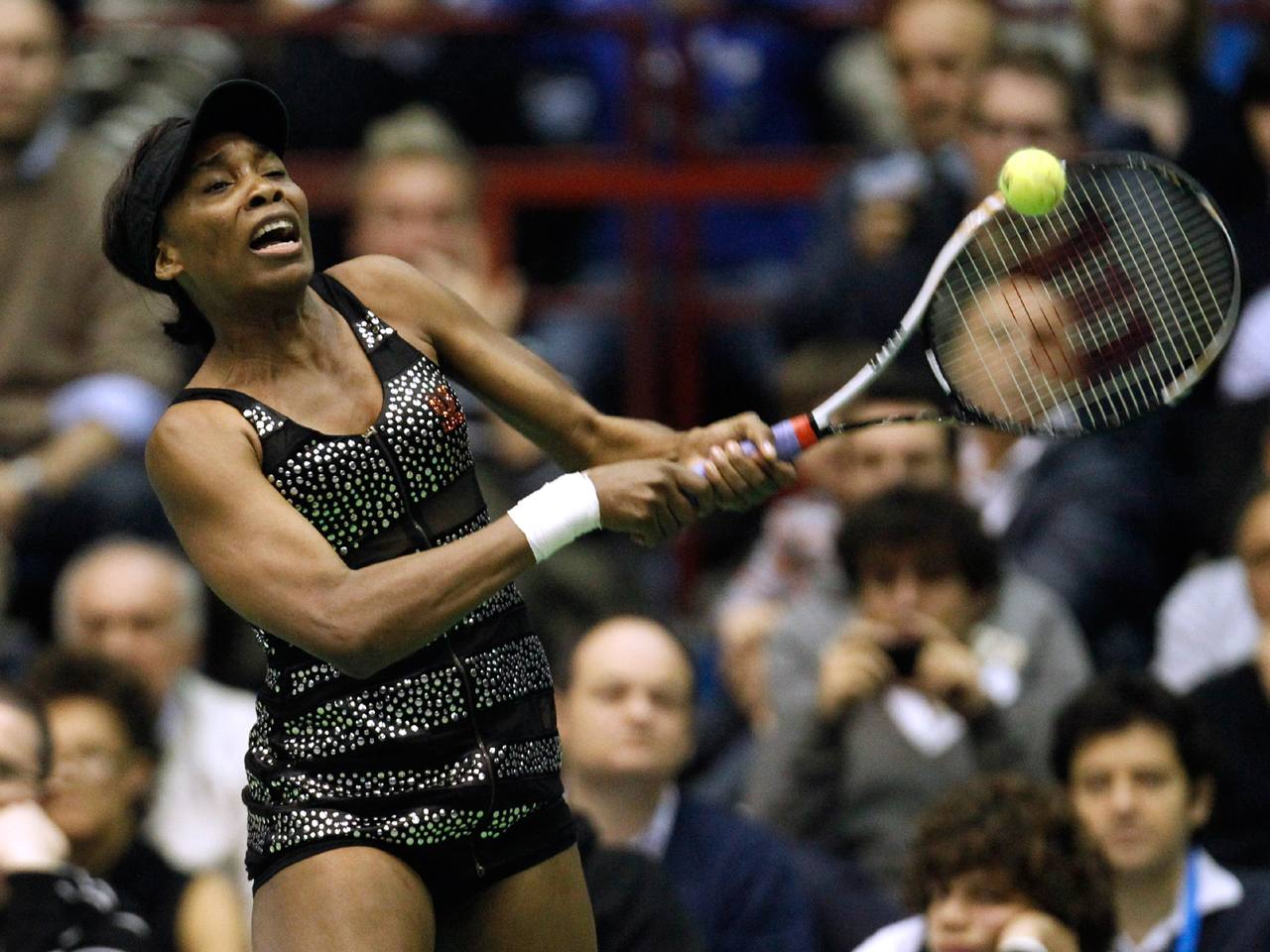 According to reports, the strap on the tennis star's dress (not the outfit shown above) snapped during the game, nearly exposing her breast.

The dress was reportedly one from Williams' self-designed sportswear line, EleVen. She was able to cover herself up and avoided having a Janet Jackson moment. (You can see video here.)

CBSSports.com reports that Williams dashed off the court to change into another outfit - her third of the day - and even brought back popcorn to share with Pennetta, who won 7-6, 7-2.

This isn't the first time Williams' outfit has turned heads on the tennis court. Other ensembles have included an "illusion dress" with sheer panels, a form-fitting number decorated with sparkly fireworks and her infamous lacy, black and red outfit from the 2010 French Open.