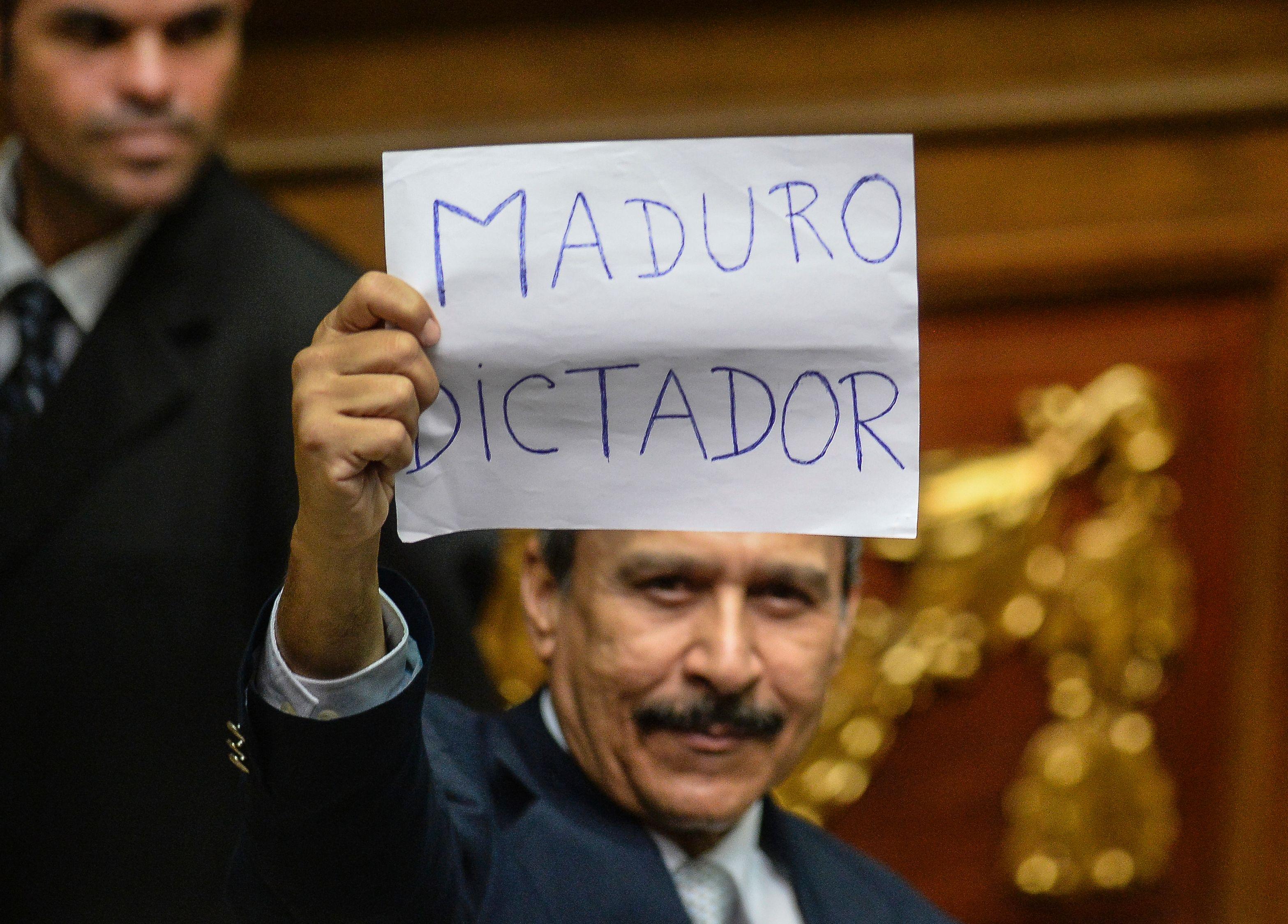 CARACAS, Venezuela -- Venezuela’s Congress on Sunday declared that the government had staged a coup by blocking a drive to recall President Nicolas Maduro in a raucous legislative session that was interrupted when his supporters stormed the chamber.

Opposition lawmakers vowed to put Maduro on trial after a court friendly to his socialist administration on Thursday suspended their campaign to collect signatures to hold a referendum on removing the deeply-unpopular president.

Lawmaker Julio Borges said the opposition-led congress is now in open rebellion after a majority of its members voted that the decision constituted a coup with government participation.

“We will bring a political trial against President Nicolas Maduro to get to the bottom of his role in the break with democracy and human rights here,” Borges said.

A day of fiery speeches was briefly thrown into chaos when dozens of red-shirted protesters who had been heckling opposition lawmakers outside the capitol burst onto the floor. Lawmakers ran out of the path of protesters who chanted: “Congress will fall!”

It was not immediately clear how the protesters entered the heavily guarded building, which has been under the opposition’s control since it won legislative elections in a landslide in December. The protesters began to file out of the building after Socialist party leader Jorge Rodriguez called on them to leave, leading the opposition to charge that Rodriguez was directing the protest.

Opposition spokesman Jesus Torrealba said the protest on the floor was a perfect illustration of the opposition’s complaint that democracy has been suspended in the oil country.

“The fact that lawmakers elected by 7.5 million people were silenced by 300 thugs sums up the situation better than any speech could,” he said.

Amid severe shortages and the world’s highest inflation, polls suggest as much as 80 percent of voters want Maduro gone this year.

A push to take legal action against the president would throw the country further into a constitutional crisis, but would probably not prevail because the administration controls the courts and other major institutions.

The opposition is hobbled because it has been unable to make alliances with anyone in the ruling socialist party, according to Amherst College Political Science professor Javier Corrales.

“It’s important because in other constitutional crises elsewhere in Latin America, the behavior of the ruling party was crucial,” he said.

Last week’s ruling suspending the recall vote because of alleged fraud in an earlier stage of signature-collection drew condemnation from the U.S. State Department and the Organization of American States.

On Sunday, congress approved a resolution officially asking the international community to step in to “protect the people’s right to democracy by any means necessary.”

Opposition leaders are also pledging to build pressure in the streets, starting with a nationwide protest on Wednesday dubbed “the taking of Venezuela.”