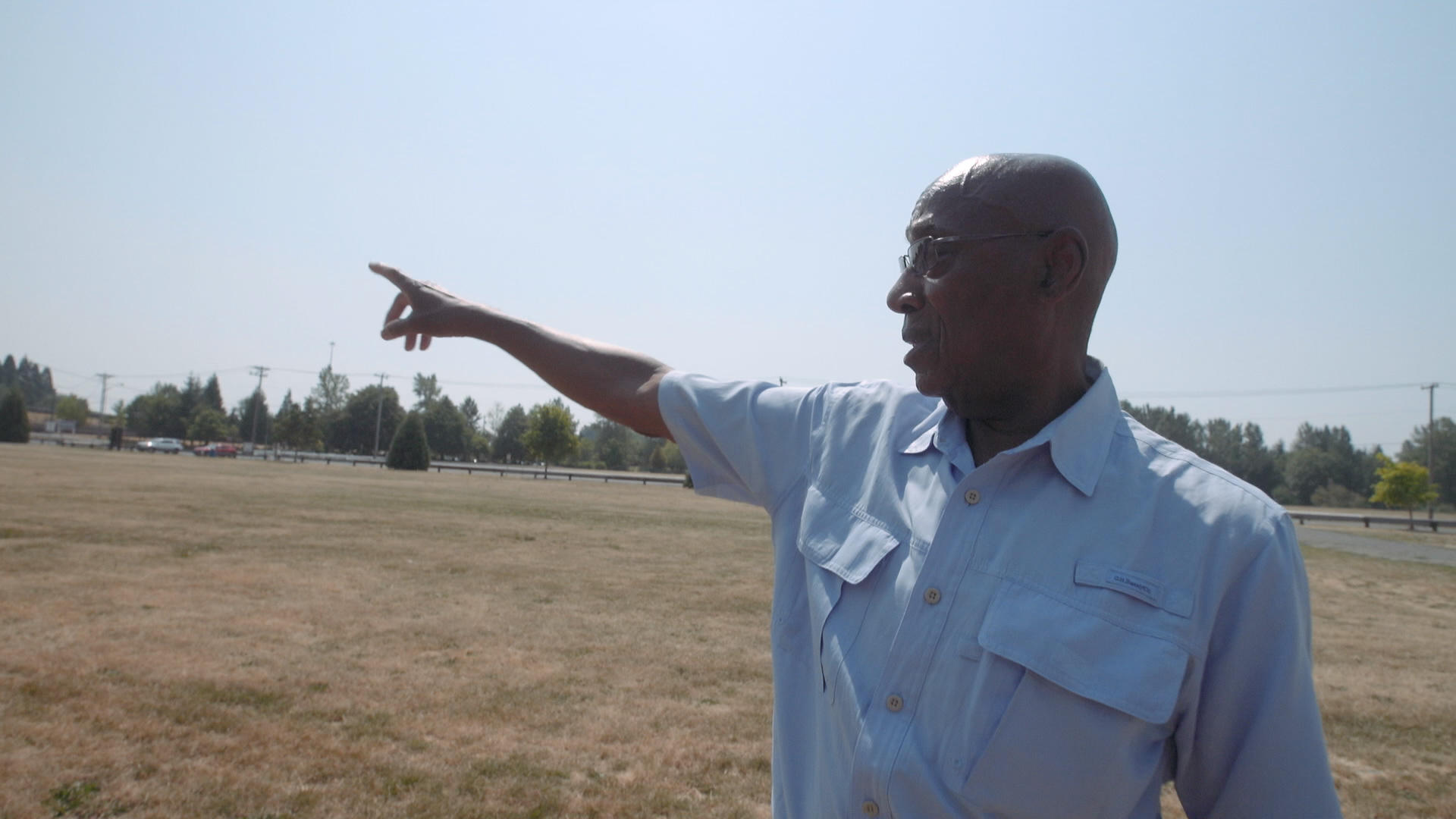 When most people think of Portland, Oregon they think of "Portlandia," a liberal -- sometimes comically hipster -- haven in the Pacific Northwest. What most people don't realize, however, is that the roots of racism and white supremacy in Portland run deep. And in that history, there are few chapters more shocking or emotionally charged than the story of the Vanport flood.

At the time of the 1940 census, black residents made up just 0.2 percent of the state's population. Oregon had become a hotbed of Klan activity. It had neglected to ratify the 14th and 15th Amendments along with the rest of the country. And the few black residents that lived in Portland mostly worked as railroad porters, taking up residence in the tiny Albina District, within walking distance of the train station. In fact, thanks to extreme housing discrimination, known as redlining, minorities were essentially prohobited from purchasing property anywhere else.

So, during World War II, when industrialist Henry Kaiser recruited thousands of black workers from the South to work in his shipyards, building ships for the war effort, there was a serious housing shortage for him to contend with.

"The Housing Authority of Portland refused to build additional housing for these workers," Oregon Historian Walidah Imarisha explains in the CBSN Originals documentary, "Portland | Race Against the Past." "So Kaiser said, 'I'm rich. I can build myself a city.' And that's exactly what he did. He built a city on unincorporated land between Vancouver, Washington and Portland, Oregon, and called it Vanport. And it became the second-largest city in Oregon and it was 40 percent black."

Ed Washington was 7 years old when his family moved from Birmingham, Alabama, so that his father could work in the shipyards. And he recalls that, as a child, life in Vanport was wonderful.

"For a kid, it was a wonderful place to grow up," Washington tells CBS News. "There were things here that I had not seen in Birmingham. There were three major recreation centers with big gyms. And the school system and the teachers were remarkable."

What's more, Vanport was a sort of haven in an otherwise extremely segregated Oregon.

"It was an absolutely model, desegregated community with schools and daycare and everybody living as co-equals in housing," explains Judith Margles, Executive Director of the Oregon Jewish Museum.

The problem was that Vanport was never intended to be permanent, only a temporary solution to the labor needs of World War II. All of its houses were built hastily and economically, with wooden foundations rather than more substantial materials. And if newspaper clippings from the time are any indication, white Portlanders eyed the city with wary trepidation.

However, when the war ended, there was nowhere else for black families to move. So, they remained in a temporary city, surrounded on all sides by bodies of water, and in houses constructed with what Imarisha calls "shoddy materials." In a sense, they were sitting ducks when, in the spring of 1948, after a winter of particularly heavy rainfall, a dam broke and washed the entire city away in less than an hour.

"On the day of the flood, I was standing right about where that lightpole is probably," Ed Washington recalls in "Portland | Race Against the Past," gesturing across the barron field where his childhood home once stood. "And I can remember seeing the first big wave of water after the dikes gave way. I saw it. I saw it. And then probably ten minutes after that first wave, there was another huge wave of water that came in and after that, these houses, they just- We knew we weren't coming back."

Washington remembers people and animals huddling together on top of roofs, as the city was quite literally washed off the map in under an hour. So, it's no wonder that the pictures of that day are reminiscent of more modern-day catastrophes, like Hurricane Katrina and Hurricane Harvey.

But unlike those hurricanes, in which the eye of the storm was more difficult to predict, experts insist that the lives lost in Vanport could have been prevented. Days before the flood, as both the Columbia and Willamette Rivers swelled to eight feet above flood stage, the United States Army Corps of Engineers deemed the dikes safe. So, on the morning of the flood, the Housing Authority of Portland distributed a flyer to all Vanport residents that read:

DIKES ARE SAFE AT PRESENT.

YOU WILL BE WARNED IF NECESSARY.

YOU WILL HAVE TIME TO LEAVE.

"I think it's incredibly important in that story that the morning of the Vanport flood, the Housing Authority of Portland distributed flyers to every house that said, 'Don't worry. The dam will hold. You're fine,'" says Imarisha. "Meanwhile, the night before, the Housing Authority of Portland had packed up all of their files and taken them out of Vanport because they knew that there was a huge possibility that the flood might come."

The official death toll is under 20, but Imarisha says that rumors of many more deaths and a consequent coverup quickly swirled around Portland, reflecting the public's distrust in the housing authority. And while there's no proof of any of that, there's no question that the flood left nearly 17,000 people houseless. And Imarisha says that number is even more disproportionately black.

"That became very important because some of those black folks left, but many of those black folks moved to Portland proper and the very strict segregated lines had to be expanded to accommodate those folks," she explains. "And that was the first time that black people in Portland had a large enough population that the city of Portland felt like they had to listen to black interests... It's an incredibly important piece of the history because it is the largest migration of black people into the state."

So while the site of Ed Washington's childhood home is now a patchy dog park with nothing more than a small historical sign marking its significance, members of the black community in Portland say that Vanport's legacy still looms large.

"This city probably had more to do with the changing of attitudes toward African-Americans and other people of color than any other area in Portland," says Washington, his eyes searching the landscape. "Nothing left here now, but memories. But you can't take people's memories from them, can you? Can't take that."