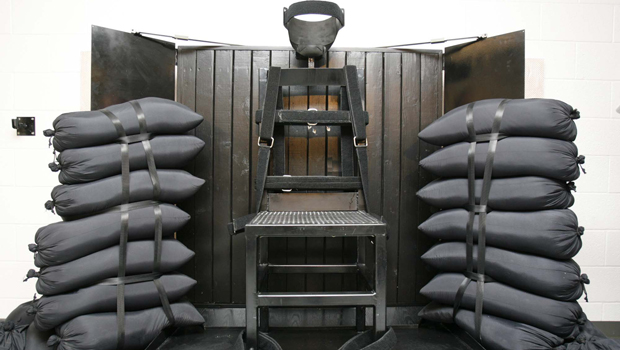 SALT LAKE CITY - In the wake of a botched lethal injection in Oklahoma last month, a Utah lawmaker says he believes a firing squad is a more humane form of execution. And he plans to bring back that option for criminals sentenced to death in his state.

Rep. Paul Ray, a Republican from the northern Utah city of Clearfield, plans to introduce his proposal during Utah's next legislative session in January. Lawmakers in Wyoming and Missouri floated similar ideas this year, but both efforts stalled. Ray, however, may succeed. Utah already has a tradition of execution by firing squad, with five police officers using .30-caliber Winchester rifles to execute Ronnie Lee Gardner in 2010, the last execution by rifle to be held in the state.

Ray argues the controversial method may seem more palatable now, especially as states struggle to deal with lawsuits and drug shortages that have complicated lethal injections.

"It sounds like the Wild West, but it's probably the most humane way to kill somebody," Ray said.

Utah eliminated execution by firing squad in 2004, citing the excessive media attention it gave inmates. But those sentenced to death before that date still had the option of choosing it, which is how Gardner ended up standing in front of five armed Utah police officers. Gardner was sentenced to death for fatally shooting a Salt Lake City attorney in 1985 while trying to escape from a courthouse.

He was the third person to die by firing squad after the U.S. Supreme Court reinstated the death penalty in 1976. A couple of other death row inmates have opted to die by gunfire instead of lethal injection in Utah, but they are all several years away from exhausting the appeals of their death sentences, Assistant Utah Attorney General Thomas Brunker said. Ray's proposal would give all inmates the option.

Lethal injection, the default method of execution in the U.S., has received heightened scrutiny after drug shortages in recent years and the April incident in Oklahoma, when inmate Clayton Lockett's vein collapsed and he died of a heart attack more than 40 minutes later.

Ray and lawmakers in other states have suggested firing squads might be the cheapest and most humane method.

"The prisoner dies instantly," Ray said. "It sounds draconian. It sounds really bad, but the minute the bullet hits your heart, you're dead. There's no suffering."

Opponents of the proposal say firing squads are not necessarily a fool-proof answer.

It's possible an inmate could move or shooters could miss, causing the inmate a slow and painful death, said Richard Dieter, executive director of the Washington, D.C.,-based Death Penalty Information Center, which opposes capital punishment.

"The idea is that it would be very quick and accurate but just a little movement by the person could change that," he said. "Things can go wrong with any method of execution."

He cited a case from Utah's territorial days in 1897, when a firing squad missed Wallace Wilkerson's heart and it took him 27 minutes to die, according to newspaper accounts of the execution.

Dieter said that if Utah brought back firing squads as a default option rather than leaving it up to inmates to choose, as was the practice before 2004, it could be challenged in court.

The U.S. Supreme Court upheld the use of the firing squad in 1879, but as tastes have changed in the country since then, Dieter said it's possible a modern court could rule the practice violates an inmate's protection from cruel and unusual punishment.

Beyond the legal challenges, Dieter said it will probably bring back the kind of "voyeuristic attention" the state wanted to avoid.

For Ray, the option makes sense to avoid a situation like Oklahoma or legal fights over the blend of drugs used in lethal injections.

"There's no easy way to put somebody to death, but you need to be efficient and effective about it," Ray said. "This is certainly one way to do that."