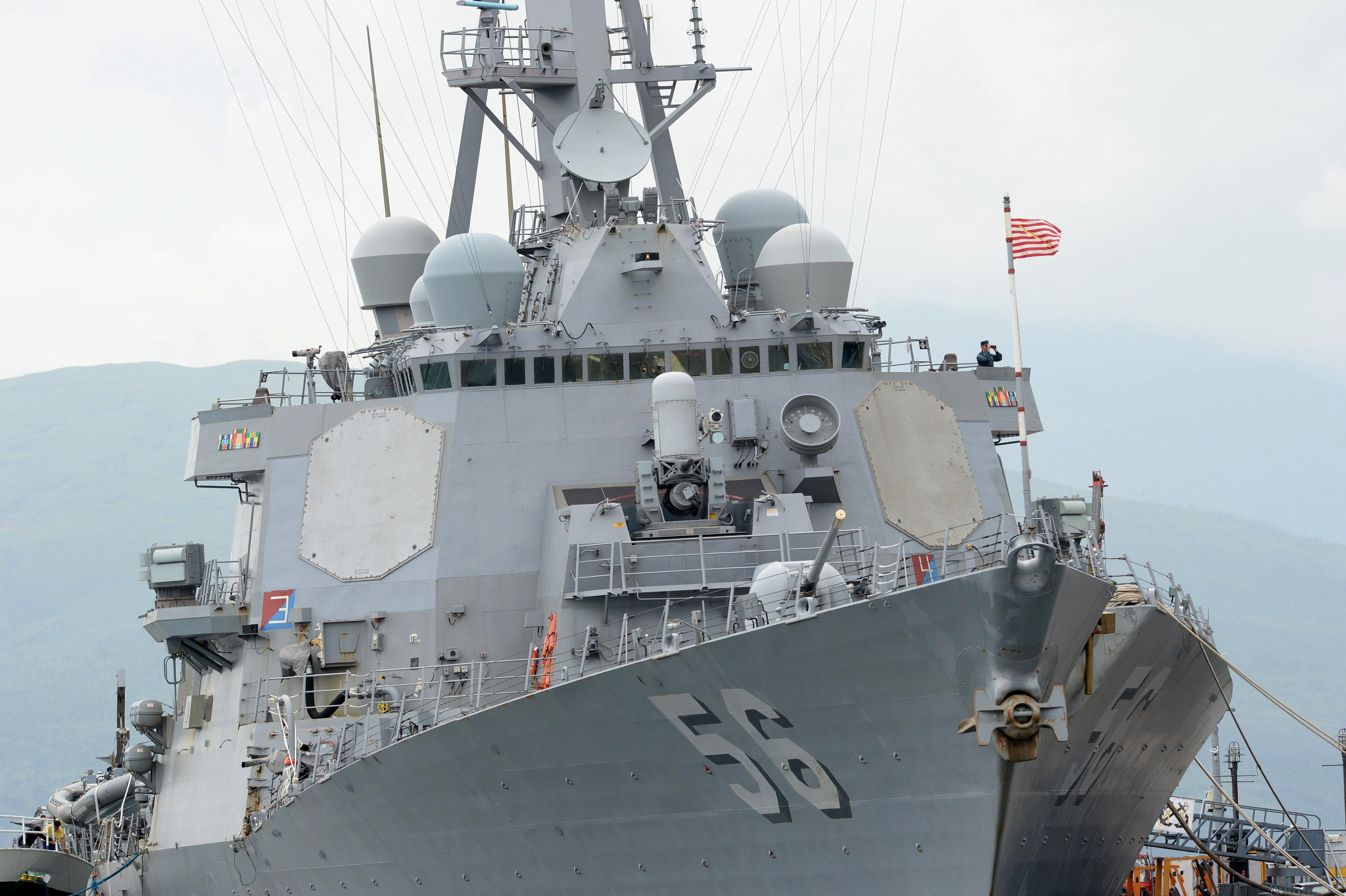 Nothing happened that the U.S. Navy considers unsafe or unprofessional, Martin reports.

China, which claims the South China Sea virtually in entirety, has protested such repeated U.S. military operations, which President Trump's administration has continued partly to reassure allies locked in territorial rifts with Beijing.

Tensions escalated a few years ago when China began to build seven reefs, including Mischief, into islands, including three with runways, which the U.S. and China's neighbors fear could be used to project Beijing's military might and potentially obstruct freedom of navigation. China has reportedly installed a missile defense system on the new islands.

The U.S. is not involved in the long-seething disputes in the busy and potentially oil- and gas-rich waters involving China, Brunei, Malaysia, the Philippines, Taiwan and Vietnam. Washington, however, has declared it in its interest to ensure that the conflicts are resolved peacefully and that freedom of navigation and overflight remain unhampered. An estimated $5 trillion in annual trade passes through the waterway.

In the latest sail-by, U.S. military officials notified Philippine counterparts of the maneuver, a Philippine official told the AP, adding Filipino forces were not involved.

Philippine marines stationed in a marooned ship on a disputed shoal may have monitored the U.S. Navy operation because they are based near Mischief Reef, which is also claimed by the Philippines, the official said.

"That is true in the South China Sea as in other places around the globe," she said.

The disputes and North Korea's recent intercontinental ballistic missile tests were high on the agenda of an annual gathering of Asia-Pacific foreign ministers last weekend in Manila.

They sought compliance with an arbitration ruling last year that invalidated China's claims in the South China Sea. China has ignored and dismissed the ruling as a sham.