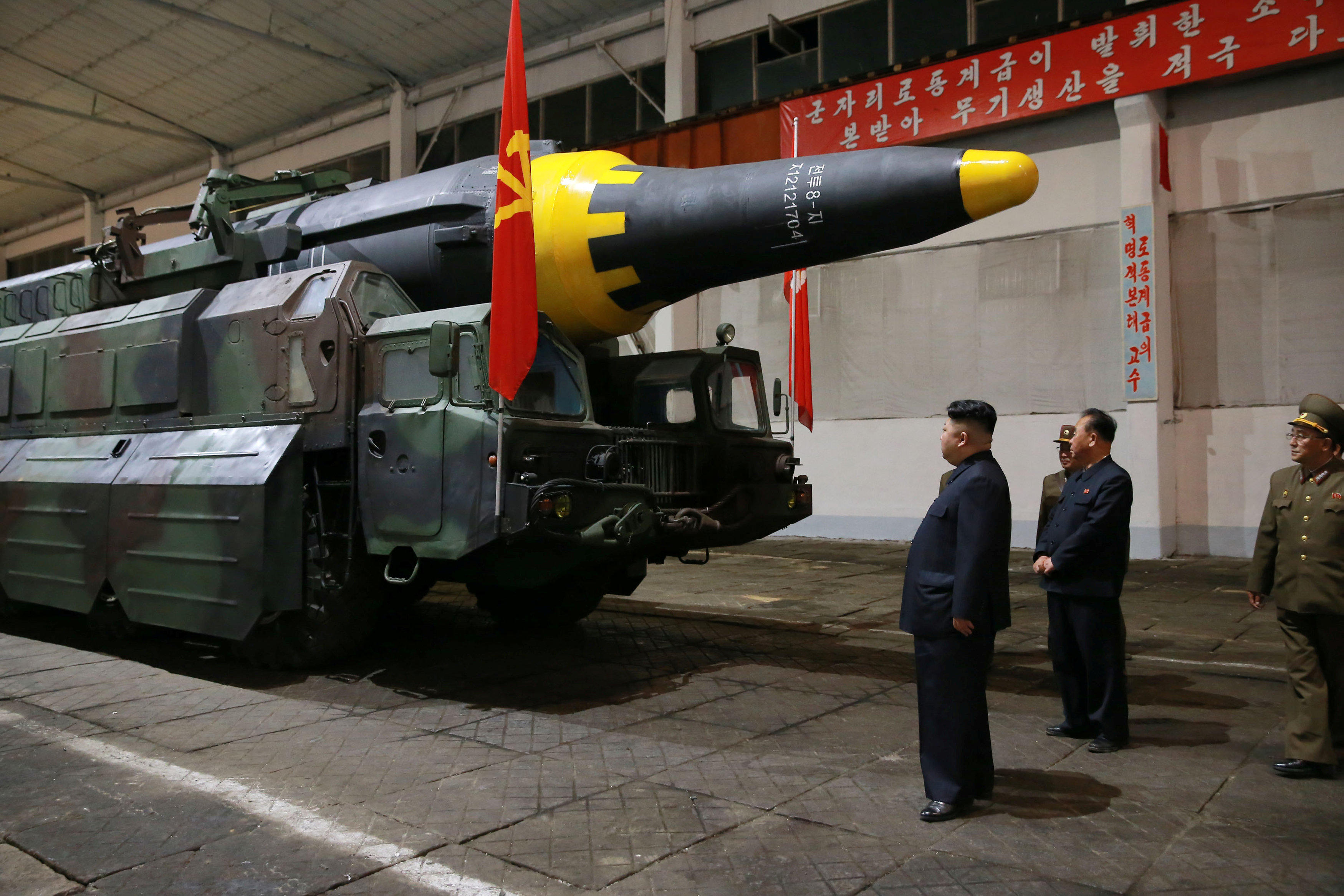 Given North Korea's steady progress in building nuclear weapons, it is no longer possible to simply dismiss its threats of destroying American cities and military bases as mere bluster.

Sometime in mid-August, North Korea says it is planning for the simultaneous launch of four non-nuclear Hwasong-12 rockets that would fly over the islands of Japan and into the ocean, landing just 18 to 25 miles from the U.S. airbase on the island territory of Guam.

North Korean state television said the launch would be sent as a warning to the U.S. -- pending approval from Kim Jong Un.

The threat came hours after U.S. Secretary of Defense James Mattis warned that further action by North Korea could lead to "the end of its regime and the destruction of its people."

He spoke on his way to tour the USS Kentucky, a ballistic missile submarine that, by itself, can carry 200 nuclear warheads. North Korea is estimated to have, at most, several dozen nuclear weapons.

When "60 Minutes" went aboard the Kentucky last summer, the sub's captain, Brian Freck, described the destructive power it carries.

"The warheads that can be carried on my missiles are extremely powerful," he said -- "much more powerful" than the American bomb that levelled the Japanese city of Hiroshima during World War II.

Up to 30 times more powerful, notes Martin, and the Kentucky is just one of several U.S. ballistic missile submarines which, on any given day, are hiding somewhere in the world's oceans.

In a tweet yesterday, President Trump claimed he had updated and modernized the U.S. nuclear arsenal since he took office in January, saying "it is now far stronger and more powerful than ever before."

Nuclear weapons experts, however, including independent analyst Jon Wolfsthal, dispute the president's claim that any changes have occurred since he became commander in chief.

"There have been no changes to the U.S. nuclear arsenal," he tells CBS News. "Some of the numbers have actually gone down from where they were when President Trump took office, so I view his statements as much more posturing and trying to project strength."

The Kentucky alone can carry enough nuclear weapons to annihilate North Korea. There is no question who would win a conflict between the U.S. and the North, says Martin.

The question, which no one can answer yet, is can it be avoided?