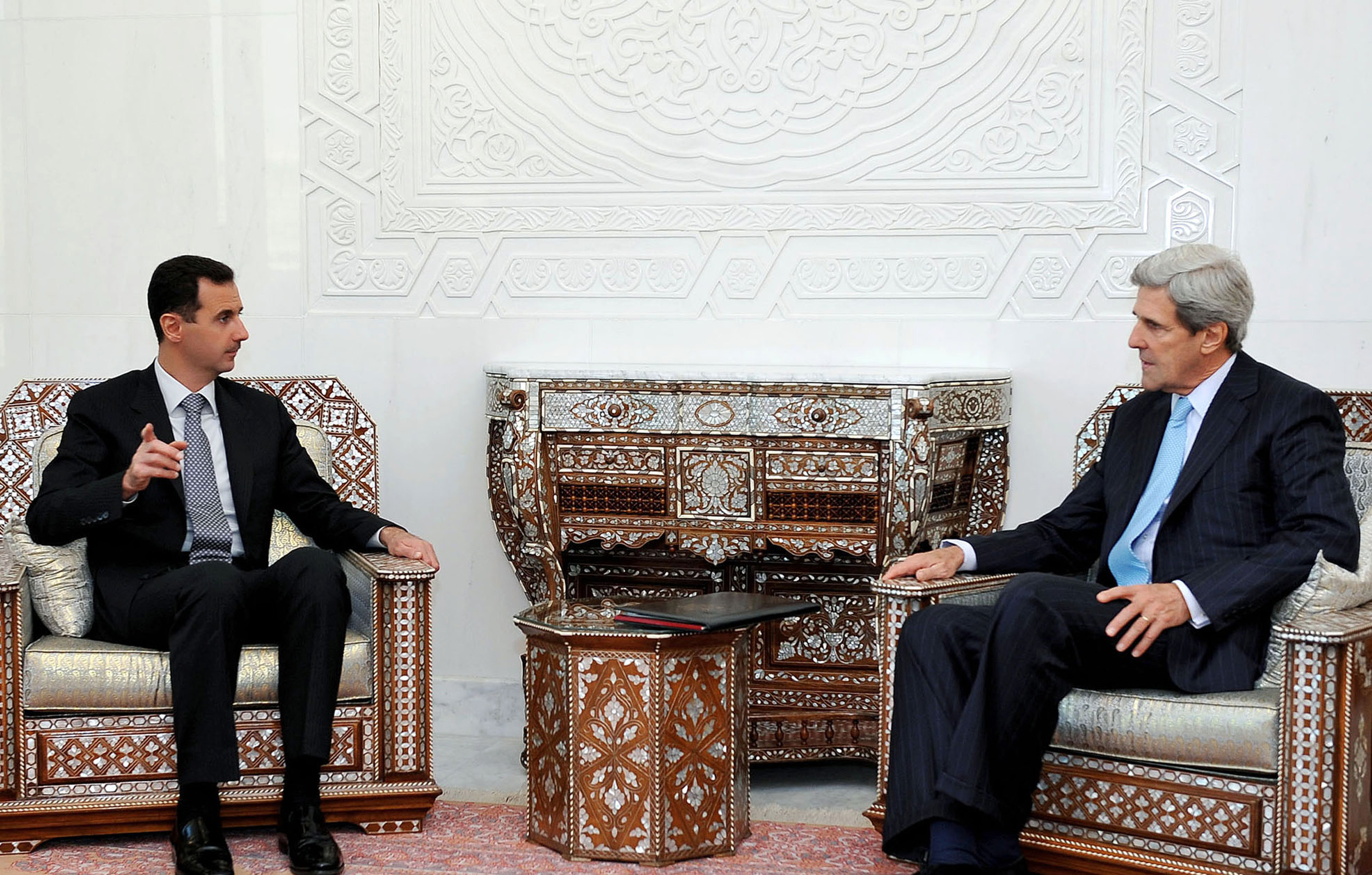 Secretary of State John Kerry is open to negotiating with Syrian President Bashar al-Assad in order to broker peace for the war-torn nation.

"We are working very hard with other interested parties to see if we can reignite a diplomatic outcome," Kerry said in an interview that aired Sunday on CBS' "Face the Nation." "Why? Because everybody agrees there is no military solution. There is only a political solution."

"To get the Assad regime to negotiate, we're going to have to make it clear to him that there is a determination by everybody to seek that political outcome and change his calculation about negotiating," Kerry continued, noting that the process was "underway right now."

The embattled Arab nation has been embroiled in a civil war that has lasted four years and claimed an estimated 220,000 lives. A U.S.-led coalition has been targeting Islamic State of Iraq and Syria (ISIS) militants in the region, although U.S. officials insist there has been no coordination with Assad on attacks inside Syria.

Additionally, the Obama administration has repeatedly insisted that the only solution to the crisis is his departure from office.

When CBS News' State Department correspondent Margaret Brennan pressed Kerry for clarification about the White House's willingness to talk directly with the Syrian leader, Kerry said: "Well, we have to negotiate in the end."

The secretary of state said their willingness to talk with Assad has not, however, changed their position to see him gone.

"I am convinced that with the efforts of our allies and others there will be increased pressure on Assad," Kerry said.

State Department spokesperson Marie Harf later clarified that Kerry was not suggesting that the U.S. would negotiate with Assad himself.

"By necessity, there has always been a need for representatives of the Assad regime to be a part of this process," Harf said. "It has never been and would not be Assad who would negotiate -- and the Secretary was not saying that."

She added, "Our policy has not changed -- there is no future for a brutal dictator like Assad in Syria, and we remain committed to pursuing all diplomatic avenues to negotiating a political solution."