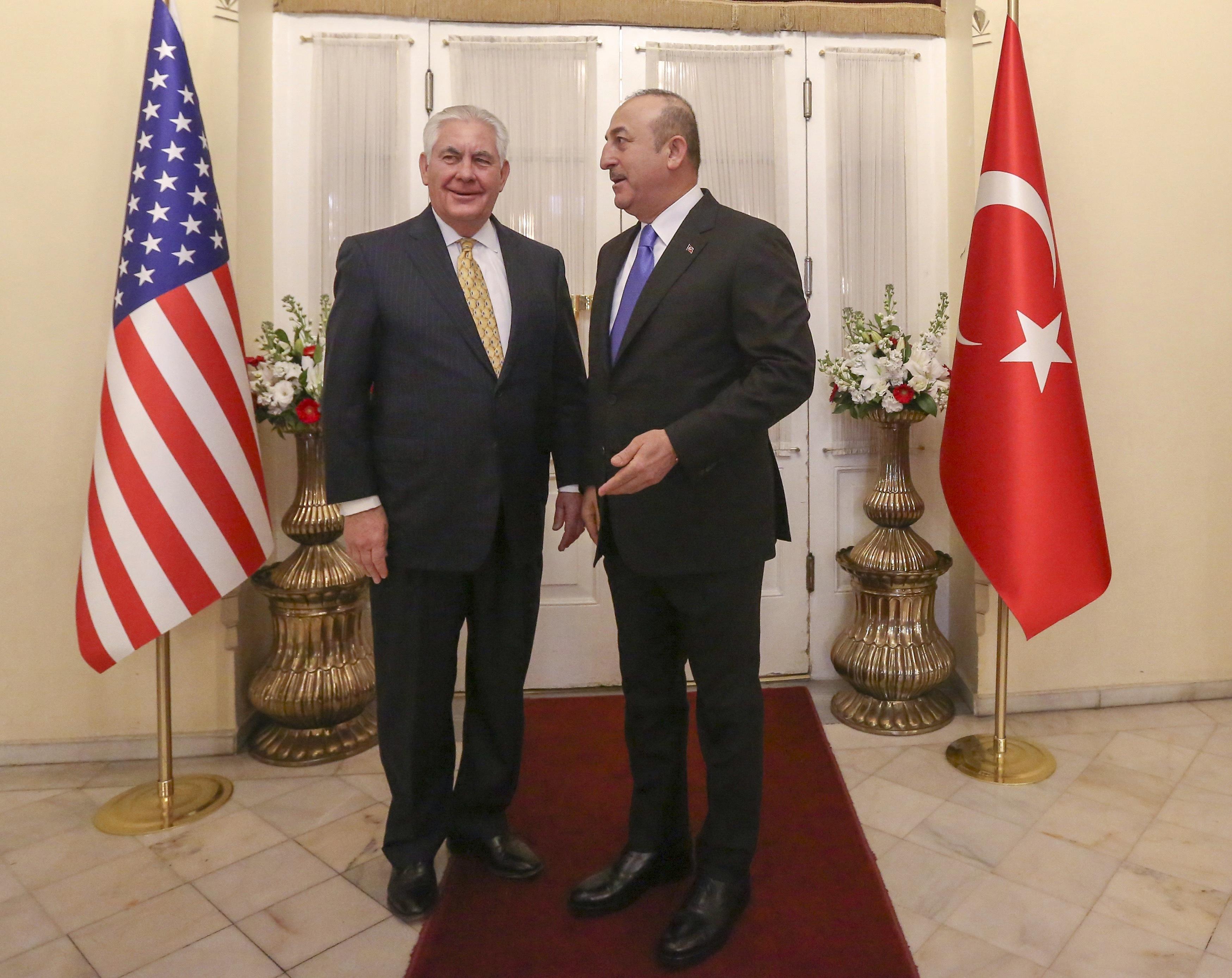 ANKARA, Turkey -- Turkey's foreign minister says his nation and the United States have reached an "understanding to normalize" their relations, during a meeting Friday aimed at easing some of the worst tensions in years between the two NATO allies.

Mevlut Cavusoglu told reporters after meeting with U.S. Secretary of State Rex Tillerson that the two had agreed to set up "mechanisms" to try to settle a series of disputes between their two countries.

The discussions were expected to cover several proposals for improving cooperation along the border area. It's been a flashpoint over the years for Turkish-Kurdish tensions, al Qaeda and Islamic State of Iraq and Syria (ISIS) fighters traveling back and forth, and incidents involving major powers including Russia.

As the talks got underway, dozens of Turkish demonstrators marched to the building where the meeting took place, waving Turkish flags, to protest U.S. support to Syrian Kurdish militia, known as the People's Protection Units, or YPG.

Turkey is riled over Washington's support to the YPG -- the top U.S. ally in the fight against the Islamic State group. Turkey considers them a "terrorist" group linked to Kurdish rebels fighting inside Turkey.

Tillerson met late Thursday with Turkey's president, Recep Tayyip Erdogan, for more than three hours, after which both sides said the discussion was productive but inconclusive.

Erdogan's office said the discussions touched on regional developments, including in Syria and Iraq, the fight against terrorism and bilateral relations. "Turkey's expectations and priorities on these issues were clearly communicated," according to a brief statement.

A U.S. statement cited "a productive and open conversation about a mutually beneficial way forward in the U.S.-Turkey relationship."

In Brussels on Thursday, U.S. Defense Secretary Jim Mattis said the United States and Turkey are in open dialogue about their differences. Turkey's defense minister was among those he met at NATO.

"I believe we are finding common ground and there are areas of uncommon ground where sometimes war just gives you bad alternatives to choose from," Mattis said.

Turkey is livid over America's military support for the Kurdish-led Syrian Democratic Forces. The U.S. considers them the most effective fighting force in the battle to defeat ISIS in Syria, and this week offered a budget plan that would send them the bulk of $550 million in new assistance.

Turkey considers the fighters a terrorist group and an extension of a Kurdish insurgency in Turkey and views the U.S. military support for the Kurds in Syria as a top security threat. Turkey's military campaign against Kurds in northern Syria has alarmed the U.S. leaders who have watched as the fighting has sapped energy from the fight against remaining IS strongholds.

Turkey's defense minister, Nurettin Canikli, said in Brussels he has asked that the U.S. end its assistance to Kurdish fighters and remove them from the SDF.