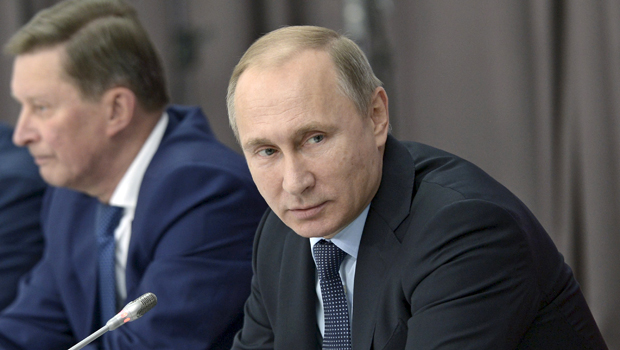 A U.S. track of the Russian plane shot down by Turkey shows that the plane was inside Turkish airspace for 17 seconds, CBS News national security correspondent David Martin reports.

After 10 warnings without a response, a Turkish fighter jet shot the plane down Tuesday. U.S. officials said Wednesday that all of the warnings occurred before the plane entered Turkish airspace, Martin reports.

What remains unclear is whether the Russian plane was still in Turkish airspace when the F-16 fired, Martin reports. The explosion that brought the warplane down occurred when it was back in Syrian airspace, the U.S. officials said.

The S-400 missile systems will be sent to the Hemeimeem air base in Syria's coastal province of Latakia, about 30 miles south of the border with Turkey. The systems have a range up to 250 miles and are capable of targeting Turkish jets with deadly precision. If Russia shot down a Turkish plane, Turkey could proclaim itself under attack and call for military assistance from its NATO allies.

One of the Russian Su-24 bomber's two pilots was killed by militants after bailing out, while his crewmate was rescued by Syrian army commandos and delivered in good condition to the Russian base early Wednesday.

Putin said the Russian plane remained in Syria's skies when it was shot down. He described Turkey's action as a "crime" and a "stab in the back," warning of serious consequences.

He said a warning from the Russian Foreign Ministry for Russians not to visit Turkey was needed "because we can't exclude some other incidents following what happened yesterday and our citizens in Turkey could be in significant danger."

Speaking in televised comments from the base, the surviving navigator of the downed plane, Capt. Konstantin Murakhtin denied that their jet veered into Turkey's airspace "even for a single second." He also rejected Turkey's claim that it issued repeated warnings to the Russian crew.

"There have been no warnings whatsoever," said Murakhtin, adding that he wants to keep flying missions from the base "to pay them back for my commander."

On Wednesday, the Russian leader ordered the military to deploy the S-400s to Hemeimeem and take other measures that "should be sufficient to ensure flight safety."

"It will be ready to destroy any aerial target posing a potential danger to our aircraft," Shoigu said at a meeting with military officials.

He also said that from now on all Russian bombers will be escorted by fighters on their combat missions in Syria. He said that his ministry has severed all contacts with the Turkish military.

Foreign Minister Sergey Lavrov, who canceled his planned trip to Turkey after the incident, described the shooting down of the Russian plane as a "planned provocation."

He said the Turkish action came after Russian planes successfully targeted oil infrastructure used by the Islamic State of Iraq and Syria, or ISIS, alleging that Turkey benefited from the oil trade.

Lavrov also said that Turkish territory was used by "terrorists" to prepare attacks in other countries, but offered no details. He said that Russia "has no intention to go to war with Turkey," but added that Moscow will re-consider its ties with Ankara.

Some Russian lawmakers suggested that Moscow should crack down on Turkish companies in Russia, but Lavrov said that "we don't want to artificially create problems for Turkish producers and exporters, who aren't responsible for what has happened." Still, he added that "we can't but react to what has happened."

Russia was the biggest source of Turkish imports last year, worth $25 billion, which mostly accounted for Russian gas supplies.

Most Turkish exports to Russia are textiles and food. Although Turkish food exports have not been covered by the Russian food embargo, they fell by 40 percent in January-September this year compared to a year ago.

The Turkish Foreign Ministry said in a written statement that Foreign Minister Mevlut Cavusoglu and Lavrov agreed to a meeting "in the coming days," during a telephone conversation Wednesday, but Lavrov said he has no such plans.

Turkey informed the United Nations that two Russian planes disregarded warnings and violated Turkish airspace "to a depth of 1.36 miles and 1.15 miles in length for 17 seconds."

Lavrov shrugged off the Turkish argument that it had no choice but to shoot down the plane, pointing at the 2012 downing of a Turkish warplane by Syria in its airspace. He said Ankara argued in that case that a brief incursion wasn't reason to shoot down its jet. He also pointed at routine violations of Greece's airspace by Turkish combat planes.

Speaking at an Organization of Islamic Cooperation economy meeting in Istanbul, Erdogan said that Turkey favors "peace, dialogue and diplomacy." He defended his country's move to shoot down the plane saying: "No one should expect Turkey to stay silent to border violations or the violation of its rights."

In a sign of the tensions, protesters in Moscow hurled eggs and stones at the Turkish Embassy, breaking windows in the compound. Police cleared the area and made some arrests shortly after the protest began.

Davutoglu told his party's lawmakers on Wednesday that Turkey didn't know the nationality of the plane that was brought down on Tuesday until Moscow announced it was Russian.

He said Russia was warned on several occasions that Turkey would take action in case its border is violated, in line with its military rules of engagement.

Davutoglu also said Russia is an "important partner and tops the list of countries with which we have shown great sensitivity in building ties."

The Turkish prime minister, however, criticized Russian and Syrian operations in Syria's Turkmen region, saying there is "not one single" presence of ISIS there. Davutoglu demanded that operations there stop immediately.