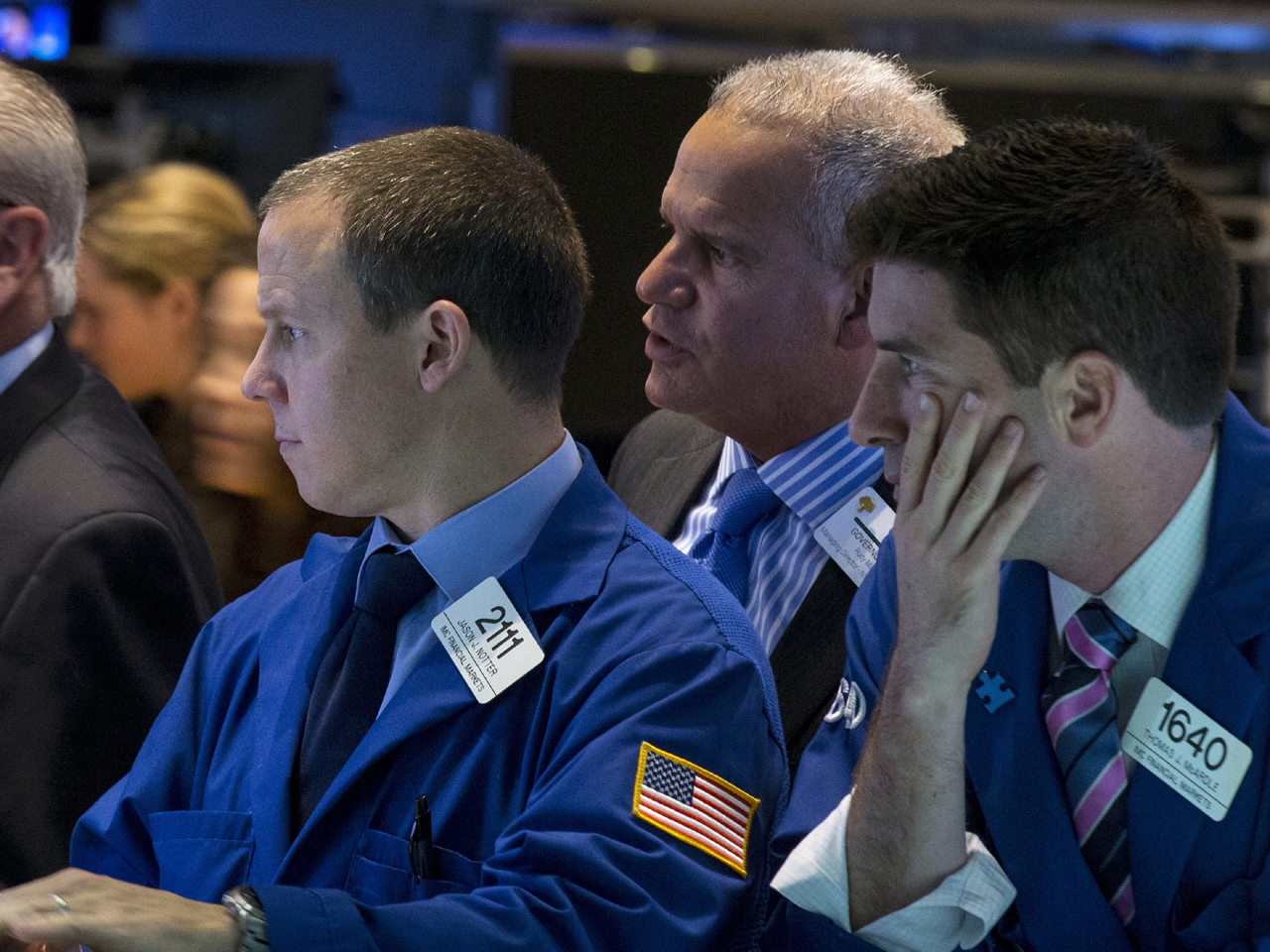 Fear is spreading in the stock market.

A monthlong drop in U.S. stocks intensified in afternoon trading Wednesday, sending the Dow Jones industrial average down more than 450 points and putting the index on track for its biggest loss in more than a year.

Traders dumped risky assets and parked their money in investments seen as relatively safe, such as U.S. government bonds. That pushed the yield on the 10-year Treasury note briefly below 2 percent, the lowest level in more than a year.

"It's a function of the U.S. being the best house in a bad neighborhood," said Terry Sandven, chief equity strategist at U.S. Bank Wealth Management. "There's still uncertainty about economic growth, primarily on a global basis."

Stocks plunged at the open of trading and extended a rough October for the market.

All three indexes are now down for the year.

Until late September, the market had moved higher for most of 2014 as U.S. corporate earnings kept up record growth and the economy strengthened.

Stocks, though, have been declining for nearly a month as investors have grown increasingly nervous about slowing global growth. While the U.S. economy remains healthy, investors are concerned that earnings growth will fade this year and next because of the slowdown in Europe and, to a lesser degree, China.

Wednesday's slide brings the stock market closer to a correction. That happens when a benchmark index like the S&P 500 falls 10 percent or more from a recent peak.

Parts of the market are already in correction, which has some analysts calling for caution. Small-company stocks, as measured by the Russell 2000 index, have fallen 12.8 percent since hitting a peak in July and are down 9.5 percent for the year.

Many market watchers say occasional corrections are a healthy phenomenon over the long term and give investors an opportunity to add to their holdings at a lower cost.

"That's why it' so important to stay invested at a time like this, rather than think it's a time to get out," said Kate Warne, an investment strategist at Edward Jones.

Early on, the yield on the 10-year Treasury note plunged to 1.91 percent from 2.20 percent the day before, or 29 basis points, a huge move. It recovered to 2.06 percent in afternoon trading. Bond yields fall when their prices rise.

Retail sales have risen 4.3 percent over the past 12 months, slightly below their historical pace.

KeyCorp, Hudson City Bancorp, Lincoln National and Citigroup were among the biggest decliners. Covidien led the slide among S&P 500 companies, falling $7.89, or 8.5 percent, to $84.46.

As more companies report earnings over the next couple of weeks, investors should get a better read of the impact that the economic situation overseas will have on U.S. companies.

In overseas market action, traders worried that Europe might relapse into recession.