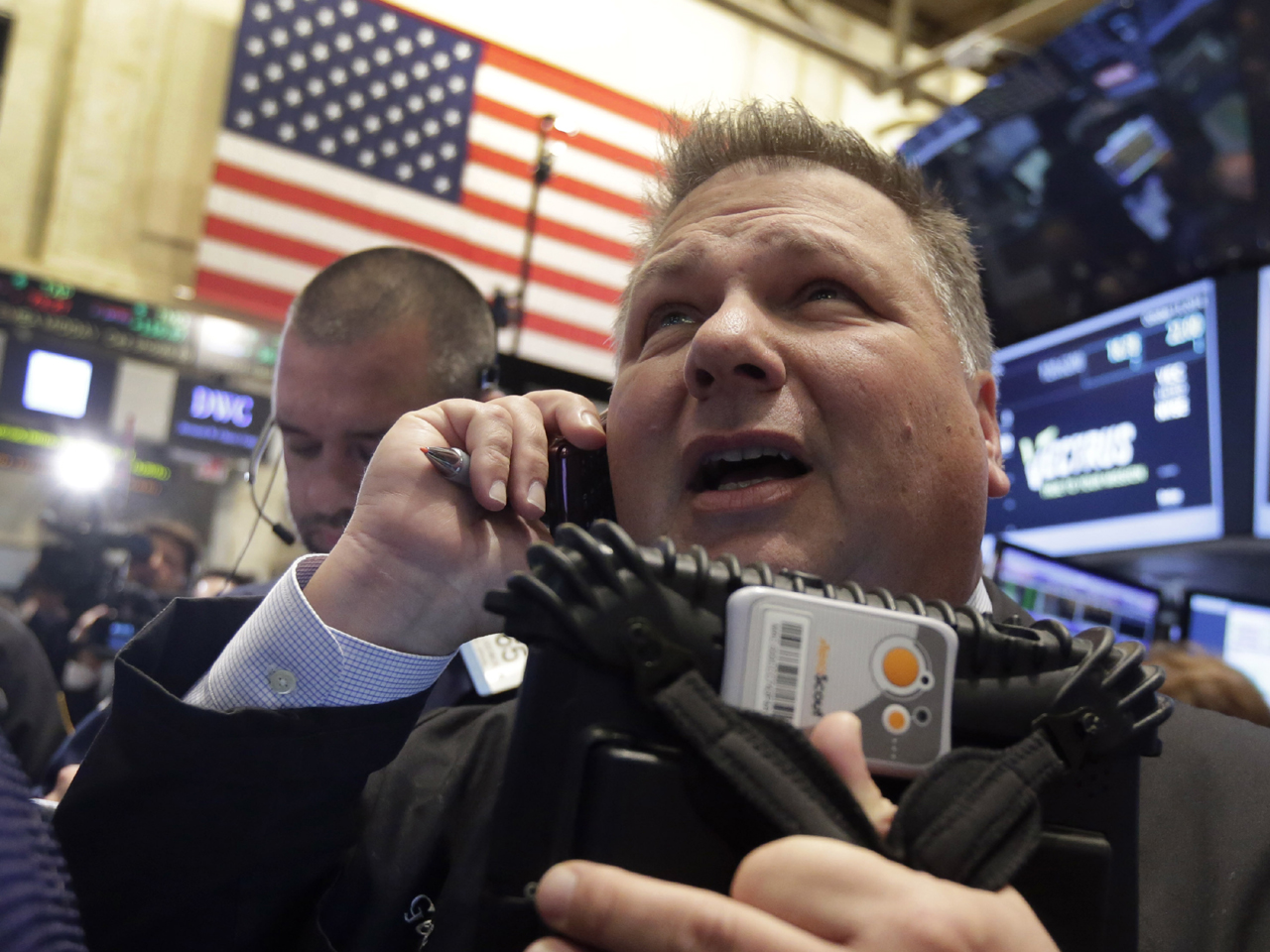 As recently as last Wednesday everything seemed fine. The Dow was sticking near the 17,000 level, down just 2 percent from its record high set in mid-September. But in the three trading sessions that followed, the Dow has dropped nearly 700 points and looks ready for additional losses in the days and weeks to come as stocks suffer their worst pullback since 2012.

In reality, recent declines merely confirm the weakness that has been simmering since July when many measures, such as internal market breadth, small-cap stocks and other assets topped out.

At the core, what has happened is that the meme that has supported this bull market and economic recovery -- the idea that nothing bad would happen as long as central banks were providing cheap money stimulus -- is beginning to crumble.

That has happened for two reasons.

One is that outside of the U.S. economic growth has hit a wall. No surprise then that the MSCI World (ex USA) Index has returned to levels last seen in September 2013.

The focused has been on Germany over the past week, the weakly beating heart of the still-troubled eurozone, where industrial production, factory orders and export activity all posted the worst results since early 2009 amid chatter that the country is on the verge of falling back into a technical recession.

Separately, France is having budget woes. And the eurozone debt crisis threatens a comeback as credit rating agencies issue new warnings and the market starts to realize that the European Central Bank can no longer bluff its way out of trouble. It now must step up with a bona fide sovereign bond-buying stimulus program (which could be illegal according to its charter and is unpopular idea with the Germans) after playing at one for more than two years.

Japan is also at risk of falling back into technical recession (GDP growth already contracted last quarter) as a recent sales tax hike and the negative impact of a very weak yen (higher food, fuel and import costs) pinches consumers.

Japan has been held together by the idea that the Bank of Japan would issue more cheap money stimulus and further slam the yen if the economy faltered. But economists are realizing that a weak yen is hurting more than it's helping at this point. And given Japan's massive 227% national debt-to-GDP ratio (vs. around 100% for the U.S.) time is running out.

And in China, the People's Bank of China is watching as electricity production contracts outright for the first time since early 2009, an anecdotal sign that China's economy has hit a wall.

The second reason is that the U.S. Federal Reserve is watching as its efforts to merely return monetary policy to a more neutral footing -- by bringing to an end the QE3 bond-buying program and looking ahead to the first interest rate hike since 2006 -- has resulted in a volatile corporate bond market and a massive rally in the U.S. dollar.

This has crushed commodity prices, tightened credit to foreign economies (many of which have grown dependent on borrowing at low rates in cheap dollars) and threatens to slow U.S. GDP growth by pinching American exports.

And now, with the third-quarter earnings season getting underway, Wall Street is worried that companies are going to downgrade forward guidance because of the negative profit impact from a strong dollar because it reduces the value of overseas earnings.

This is coming at a time when the Bureau of Economic Analysis' preferred measure of corporate profits -- which puts depreciation on an economic basis and removes accounting gimmickry like inventory profits -- is dropping at a pace normally seen in recessions.

As shown in the chart above, this measure of profits is already falling at a rate that exceeds what was seen during the dual recessions of the early 1980s.

The more dovish officials at the Federal Reserve, including new Vice-Chairman Stanley Fischer, have already responded by saying a loss of momentum in the U.S. economy could cause the Fed to slow its pace of policy normalization.

Would that be enough?

For one, it'll be hard to justify that in the short-term with the U.S. unemployment rate at 5.9 percent and hitting the Fed's year-end target two months early. Moreover, given that the monetary base has already swollen from $800 billion before the last recession to more than $4 trillion now, and that bond yields have been near historic lows for years, would more bond-buying stimulus make a difference?

Besides, it wouldn't do much to help Germany, Japan or China deal with their specific set of problems. Nor is it clear that it would reverse the slide in corporate profits or the rise in corporate bond spreads -- both of which are combining to slam the brakes on the share-buyback programs that have been a big boost to the stock market over the last two years.

These are big questions with no easy answers. And it leaves just a nagging feeling that maybe central banks aren't as infallible as many had been led to believe.

The feeling that the smooth sailing the world has enjoyed since 2012 -- when the ECB threatened a sovereign bond-buying program and ended the eurozone debt crisis, when the Fed launched QE3 and ended a deflation scare, when the People's Bank of China stopped worrying about inflation and opened the credit taps and when the Bank of Japan launched the first phase of "Abenomics" by destroying the yen with cheap money stimulus -- is over.

And with investor sentiment coming off of record highs, we've yet to see a deep, cathartic panic that stocks could rise out of. Market breadth continues to deteriorate as fewer and fewer survivors resist the downside pressure

I expect the selling fireworks to continue at the very least through November as another wild card -- the midterm elections and the potential return of budget battles between Congress and the White House and the specter of new government shutdowns and debt defaults -- is thrown into the mix. The situation with Ebola, as a second U.S. case is verified, is also in play.

Also in play is a somewhat fragile market environment as the increase in volumes associated with recent stock weakness is resulting in jaggy trading (a sign of a lack of liquidity), bringing back memories of the "flash crash" of 2010. Just look at the sloppy action into the close on Monday.

Long story short: The selling is just getting started.