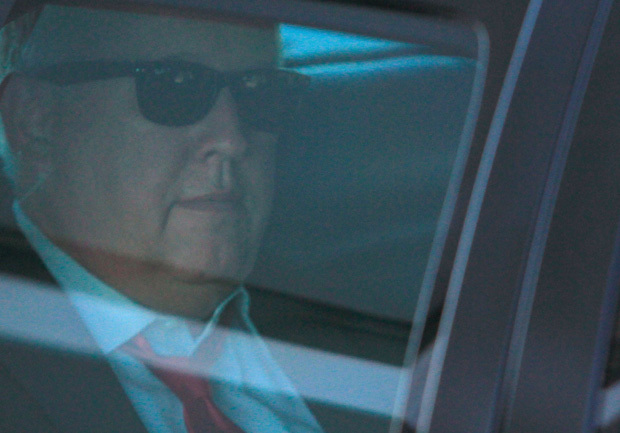 BRASILIA, Brazil A U.S. spy program is widely targeting data on the emails and telephone calls across Latin America, and is focusing on energy issues, not just information related to military, political or terror topics, a Brazilian newspaper reported Tuesday.

The O Globo newspaper said it has access to some of the documents released by National Security Agency leaker Edward Snowden, the American journalist who obtained the classified information from Snowden lives in Brazil and is helping write stories for the newspaper.

O Globo published what it said are slides Snowden released indicating the U.S. effort is gathering information on energy in Mexico and oil in Venezuela. There was no information released about what information was obtained, nor any companies targeted.

The report also said that Colombia, the strongest U.S. military ally in South America, along with Mexico and Brazil, were the countries where the U.S. program intercepted the biggest chunks of information on emails and telephone calls during the last five years.

Figures weren't published on how many intercepts occurred.

O Globo also reported that the documents it's seen indicate the U.S. had data collection centers in 2002 for material intercepted from satellites in Bogota, Caracas, Mexico City and Panama City, along with Brasilia. There was no information published about the existence of these centers after 2002.

Snowden's disclosures indicate that the NSA widely collects phone and Internet "metadata" — logs of message times, addresses and other information rather than the content of the messages. The documents have indicated that the NSA has been collecting the phone records of hundreds of millions of U.S. phone customers and is gathering data on the phone and Internet usage outside the U.S., including those who use any of nine U.S.-based internet providers such as Google.

Earlier, O Globo reported that in Brazil, NSA collected data through an association between U.S. and Brazilian telecommunications companies. It said it could not verify which Brazilian companies were involved or if they were even aware their links were being used to collect the data.

The Brazilian government is investigating the alleged links with telecommunications firms with a Brazil presence.

U.S. officials in Brazil declined to comment other than to emphasize they were working directly with Brazilian officials to answer questions.

In Washington, the U.S. State Department said that "we have been clear that the United States does gather foreign intelligence of the type gathered by all nations."

Also Tuesday, Venezuela's President Nicolas Maduro said that his country received an asylum request from Snowden. Venezuela, Bolivia and Nicaragua have said they would grant asylum to Snowden.

Snowden arrived at Moscow's Sheremetyevo airport on June 23 and was believed to be headed for Cuba. But he did not board a flight he was booked on and hasn't been publicly seen since. He is widely believed to still be in the airport's transit zone.