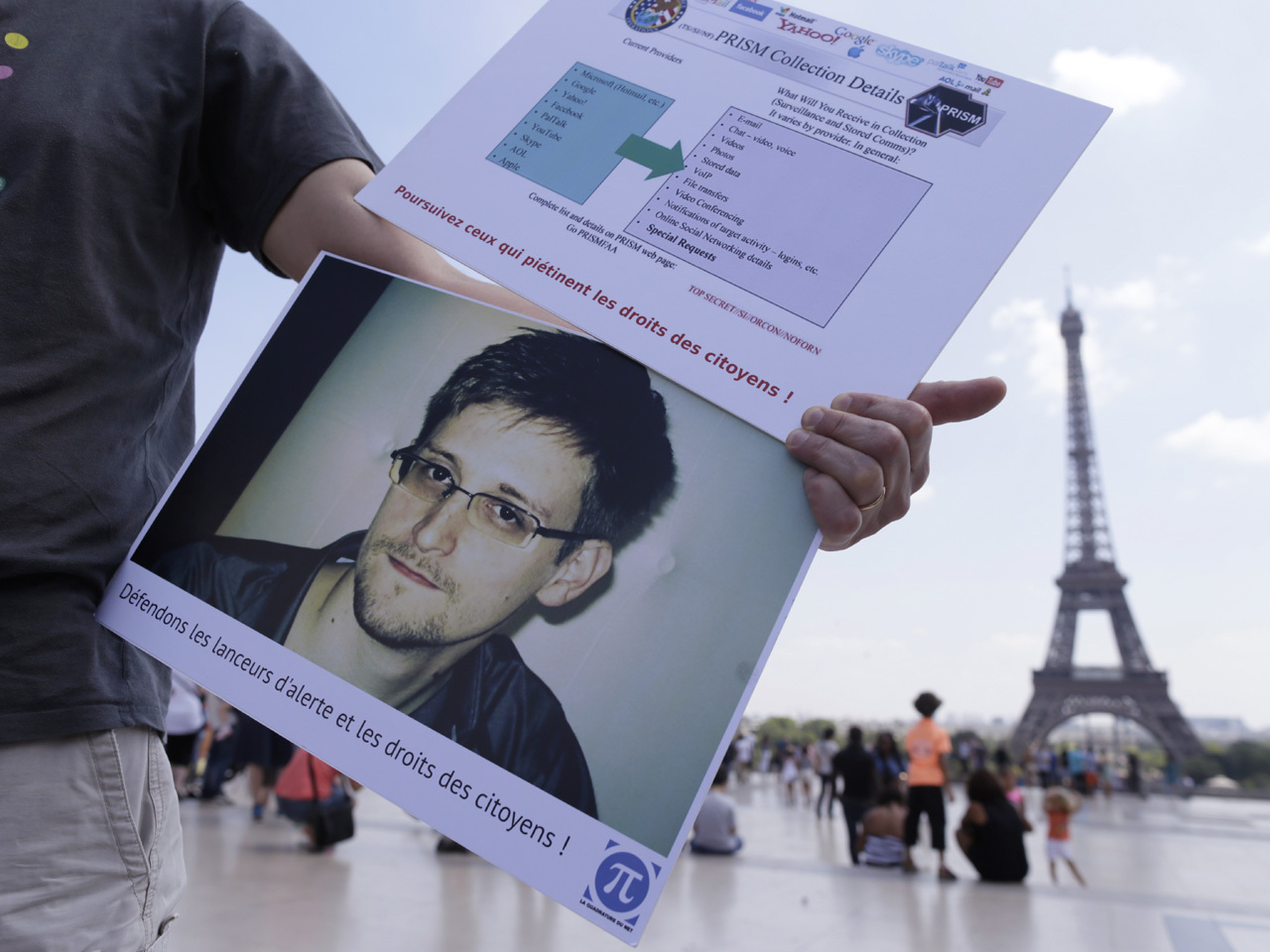 Alexei Pushkov, who heads the international affairs committee in Russia's parliament, posted a message on Twitter saying: "Venezuela is waiting for an answer from Snowden. This, perhaps, is his last chance to receive political asylum."

Venezuelan President Nicolas Maduro announced Friday that he would grant asylum to Snowden. Bolivia and Nicaragua have said the same. But it is not clear if any of them have provided him the documents he would need to travel.

Venezuelan Foreign Minister Elias Jaua said Saturday that his country has not yet been in contact with Snowden, who Russian officials say has been stuck in the transit area of Moscow's Sheremetyevo Airport since arriving on a flight from Hong Kong two weeks ago. Snowden has been unable to travel further because the United States annulled his passport.

Jaua said he expects to consult with Russian officials on Monday about Snowden's situation.

Pushkov's comments appeared to indicate that the Kremlin is now anxious to be rid of the former National Security Agency systems analyst, whom the U.S. wants returned to face espionage charges.

Pushkov joked that if Snowden does not find shelter in Venezuela, "he will have to stay and marry Anna Chapman," the redheaded Russian spy who was among 10 sleeper agents deported from the United States in 2010. The 31-year-old Chapman proposed to Snowden (who just turned 30) on Twitter last week.

Meanwhile, Gen. Martin Dempsey, Chairman of the Joint Chiefs of Staff, said the disclosures about U.S. surveillance programs have undermined America's relationships with other countries and affected what he calls "the importance of trust."

In an interview broadcast Sunday, Gen. Dempsey told CNN's "State of the Union" that the U.S. will "work our way back. But it has set us back temporarily."

Brazil's foreign minister Antonio Patriota said his government is "seriously concerned" by a newspaper report that the United States has collected data on millions of telephone and email conversations in his country. He has asked for clarification by way of the Brazilian ambassador in Washington and the U.S. ambassador in Brasilia.

He also said Sunday that Brazil will propose measures at the United Nations to create norms for protecting citizens around the world.

U.S. officials had no immediate response.

There was bipartisan talk about the United States re-examining its trade policies and foreign aid with whatever country grants asylum to Snowden.

The head of the House Intelligence Committee, Rep. Mike Rogers, told CNN that he thinks the U.S. should "send a very clear message that we won't put up with this kind of behavior."

On NBC's "Meet the Press," Sen. Robert Menendez, chairman of the Senate Foreign Relations Committee, said, "Clearly such acceptance of Snowden to any country ... is going to put them directly against the United States, and they need to know that."

Menendez also said he wasn't surprised that Venezuela, Bolivia and Nicaragua were offering asylum. "They like sticking it to the United States," he said.

For Snowden to leave for South America, he would need for Venezuela to issue him travel documents and he would need to find a way to get there. The only direct commercial flight from Moscow goes to Havana, Cuba, and Snowden had booked a seat on this flight the day after arriving from Hong Kong, but failed to show up.

The Moscow-Havana flight goes over Europe and the United States, which could cause complications. Some European countries refused to allow Bolivian President Evo Morales to fly through their airspace on his way home from Moscow last week because of suspicions that Snowden was onboard his plane.

The presidents of Bolivia and Nicaragua also said over the weekend that Snowden was welcome in their countries. Bolivia's foreign minister, David Choquehuanca, said Sunday on state television that his country has not yet received a formal petition for asylum from Snowden. Nicaraguan President Daniel Ortega said his country's embassy in Moscow has received Snowden's application and is studying the request.

Snowden has applied for asylum in more than two dozen countries, according to WikiLeaks, the secret-spilling website that has been advising him.