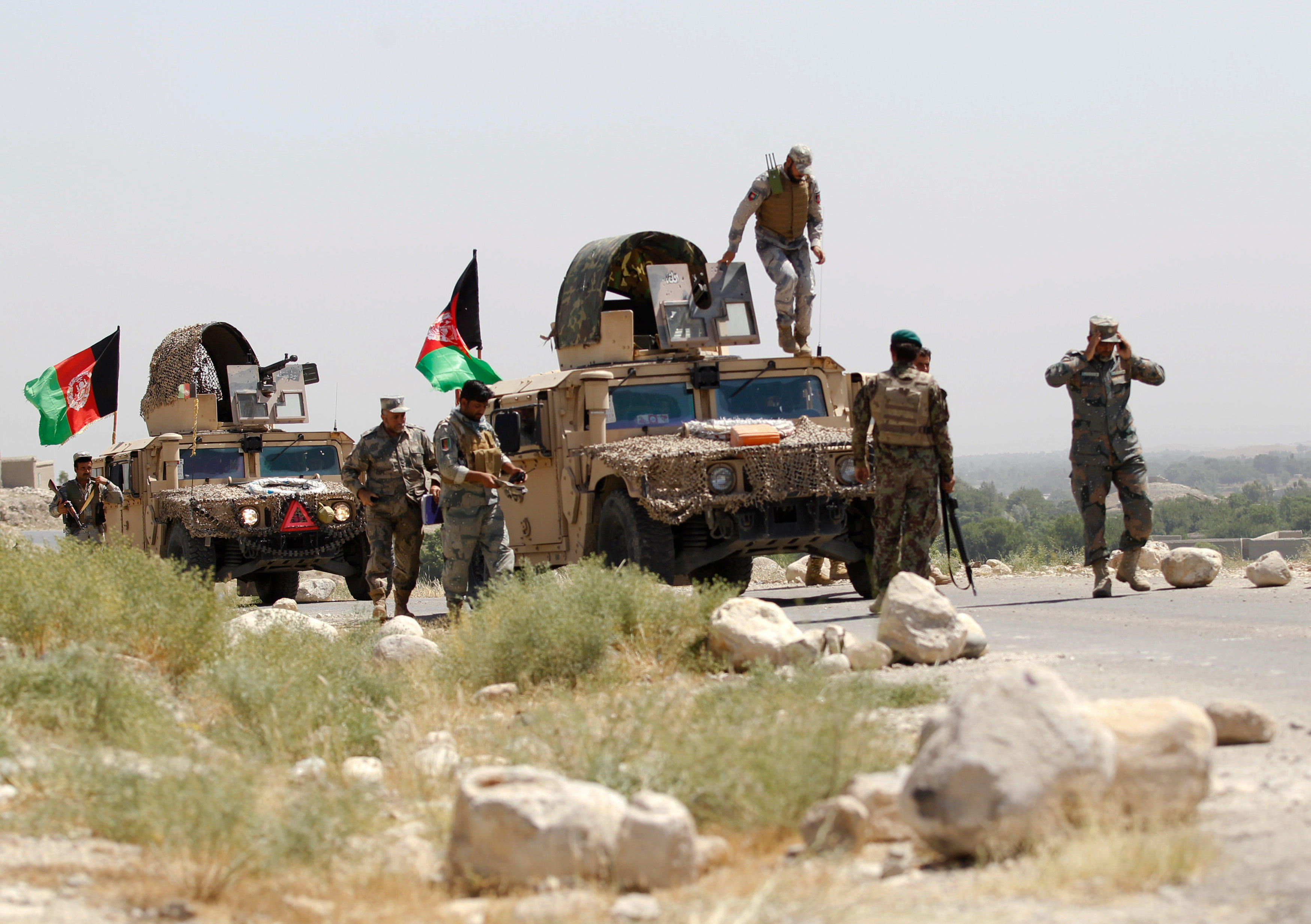 The U.S. Department of Defense funded more than $76 billion dollars of weapons, communication devices, and other security equipment to the Afghan security forces since 2002, according to a new report by the Government Accountability Office (GAO).

Yet, according to top U.S. military commanders and other experts, the Afghan military is still unprepared to operate independently.

Since the invasion of Afghanistan in 2001, the U.S. has allocated funding for nearly 600,000 weapons to be put in the hands of the Afghan National Defense and Security Forces (ANDSF), according to Defense Department data. Nearly 81 percent of these weapons were rifles and pistols. The firepower funding also included more than 25,000 grenade launchers and almost 10,000 rocket-propelled weapons used by the Afghan Border Police.

Additional items given to the ANDSF included 162,643 pieces of communications equipment and nearly 76,000 vehicles. These vehicles were primarily light tactical vehicles like Ford Ranger pickups and cargo trucks, but also included more than 22,000 Humvees, according to the DOD data.

The Pentagon has shipped 110 helicopters and 98 plane since 2007, when the Pentagon authorized sending aircraft. These aircraft could have carried the 314,000 unguided rockets, 8,700 "general-purpose bombs" and 1,815,000 helicopter rounds, which was also funded by the Pentagon, according to their data.

Even with all of this equipment, Gen. John Nicholson, the top U.S. commander in Afghanistan, told Congress in February he needs a "few thousand" more troops to properly train and advise the Afghan military so they can eventually operate independently.

Claude Chafin, communications director for the House Armed Services Committee, told CBS News the GAO report was sought as "an objective review of major weapon systems and equipment provided to ANDSF to evaluate the extent to which such equipment supports the ability of ANDSF to provide security for the Afghan people."

Stephen Tankel, an American University professor and adjunct senior fellow at the Center for New American Security, said to CBS News that he agrees with top U.S. commanders that the Afghan military is still unprepared after more than a decade of American military guidance.

The "U.S. continues to spend money every year, our forces continue to die, and the mission continues to drift," Tankel said.

Some in Congress are now calling on President Trump to change U.S. policy in Afghanistan.

Sen. John McCain (R-Arizona), chairman of the Senate Armed Services Committee, announced in a press release Thursday a new amendment to the 2018 defense authorization bill that aims to "strengthen the capability and capacity of the Afghan government and security forces."

While no funding specifics were outlined in the release, McCain said that "adopting a clear policy and strategy in Afghanistan, backed with the authorities and resources necessary for success, would be a critical step toward restoring that kind of leadership, which has been absent for far too long."

The Trump administration has said it will soon release its plan on the path forward in Afghanistan, but no details have surfaced yet.

Biden and Putin speak amid tense military standoff in Ukraine

Chris Cuomo drops SiriusXM show after being fired from CNN