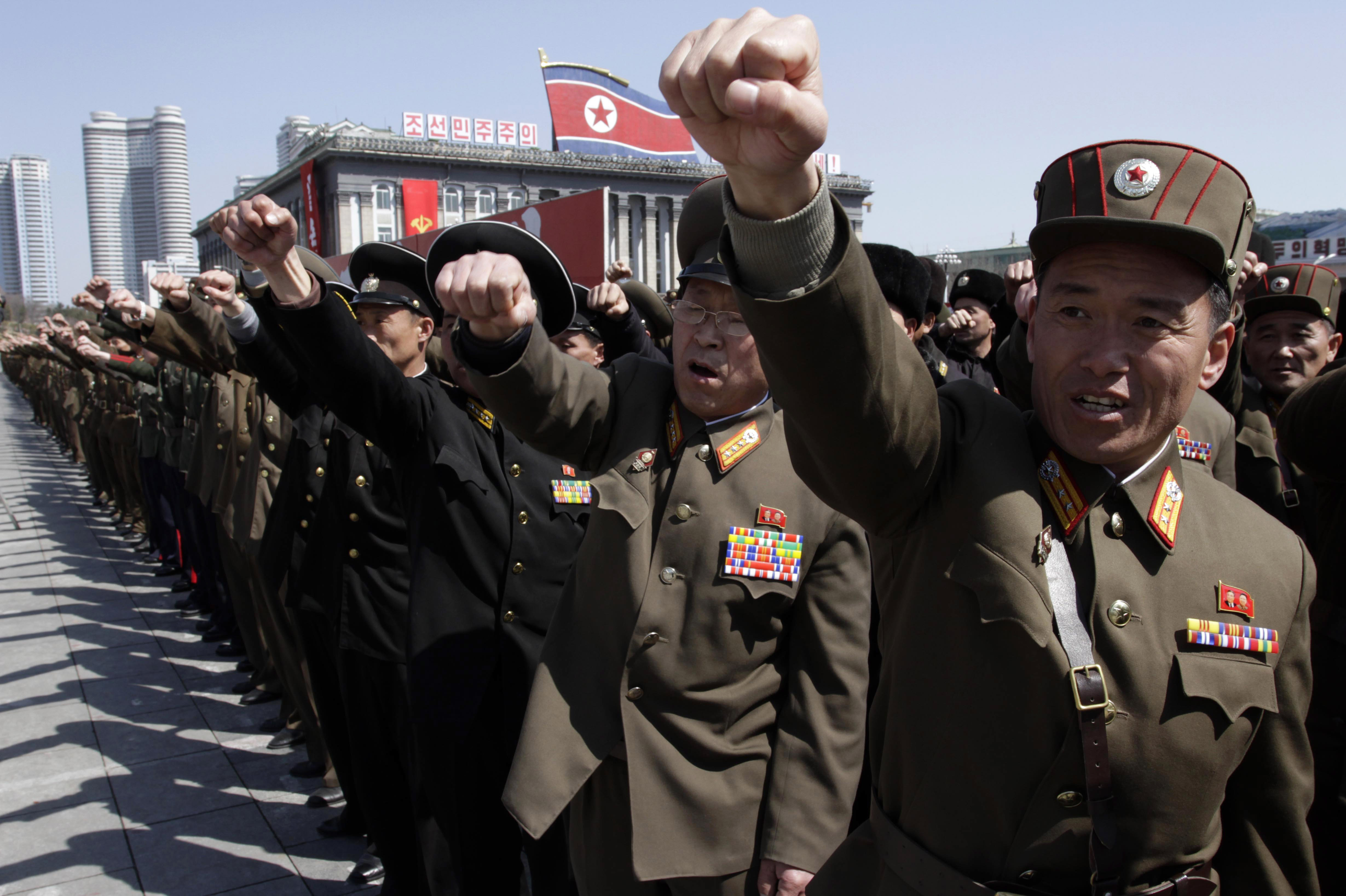 ABOARD AIR FORCE ONE The White House says North Korean threats to train rocket fire on the U.S. only deepen the country's isolation from the world.

In response, White House spokesman Josh Earnest said the U.S. has both the capability and willingness to defend its interests in the region.

He called on North Korea to put its people first by ending its, quote, "bellicose rhetoric," abandoning its nuclear program and living up to its international obligations. Earnest spoke to reporters as President Barack Obama flew to Florida for an event.

CBS News correspondent Margaret Brennan says top U.S. officials have classified this as a "serious provocation phase" by Pyongyang, and concerns are focused on the prospect of North Korea firing on South Korea, drawing them -- and possibly the U.S. -- into a cross-border conflict

Kim's warning, and the litany of threats that have preceded it, don't indicate an imminent war. In fact, they're most likely meant to coerce South Korea into softening its policies, win direct talks and aid from Washington, and strengthen the young leader's credentials and image at home.

But the threats from North Korea and rising animosity from the rivals that have followed U.N. sanctions over Pyongyang's Feb. 12 nuclear test do raise worries of a misjudgment leading to a clash.

Kim said "the time has come to settle accounts with the U.S. imperialists in view of the prevailing situation," according to a report by the North's official Korean Central News Agency.

Later Friday at the main square in Pyongyang, tens of thousands of North Koreans turned out for a 90-minute mass rally in support of Kim's call to arms. Men and women, many of them in olive drab uniforms, stood in arrow-straight lines, fists raised as they chanted, "Death to the U.S. imperialists." Placards in the plaza bore harsh words for South Korea as well, including, "Let's rip the puppet traitors to death!"

The spokesman said that South Korea's military was mindful of the possibility that North Korean drills could lead to an actual provocation. He also said that the South Korean and U.S. militaries are watching closely for any signs of missile launch preparations in North Korea. He didn't elaborate.

North Korea, which says it considers the U.S.-South Korean military drills preparations for invasion, has pumped out a string of threats in state media. In the most dramatic case, Pyongyang made the highly improbable vow to nuke the United States.

On Friday, state media released a photo of Kim and his senior generals huddled in front of a map showing routes for envisioned strikes against cities on both American coasts. The map bore the title "U.S. Mainland Strike Plan."

Experts believe the country is years away from developing nuclear-tipped missiles that could strike the United States. Many say they've also seen no evidence that Pyongyang has long-range missiles that can hit the U.S. mainland.

Still, there are fears of a localized conflict, such as a naval skirmish in disputed Yellow Sea waters. Such naval clashes have happened three times since 1999. There's also the danger that such a clash could escalate. Seoul has vowed to hit back hard the next time it is attacked.

North Korea's threats are also worrisome because of its arsenal of short- and mid-range missiles that can hit targets in South Korea and Japan. Seoul is only a short drive from the heavily armed border separating the Koreas.

"The North can fire 500,000 rounds of artillery on Seoul in the first hour of a conflict," analysts Victor Cha and David Kang wrote recently for Foreign Policy magazine. They also note that North Korea has a history of testing new South Korean leaders; President Park Geun-hye took office late last month. "Since 1992, the North has welcomed these five new leaders by disturbing the peace," they wrote.

U.S. Defense Secretary Chuck Hagel told reporters Thursday that the decision to send B-2 bombers to join the military drills was part of normal exercises and not intended to provoke North Korea. Hagel acknowledged, however, that North Korea's belligerent tones and actions in recent weeks have ratcheted up the danger in the region, "and we have to understand that reality."

U.S. Forces Korea said the B-2 stealth bombers flew from a U.S. air base in Missouri and dropped dummy munitions on an uninhabited South Korean island range on Thursday before returning home. The Pentagon said this was the first time a B-2 had dropped dummy munitions over South Korea, and later added that it was unclear whether there had ever been any B-2 flights there at all.

Pyongyang uses the U.S. nuclear arsenal as a justification for its own push for nuclear weapons. It claims that U.S. nuclear firepower is a threat to its existence and provocation.

The two Missouri-based stealth bombers used in the South Korean drills probably weren't nuclear-armed, but experts say they're the aircraft that would likely be sent if Washington ever decides it does want to drop nuclear bombs on North Korea. The United States doesn't forward-deploy nuclear weapons in South Korea, Okinawa, Guam or Hawaii.

"The B-2 can reach targets from North Korea to Iran directly from Missouri, which is what the United States did in the early stages of operations against Yugoslavia, Afghanistan and Iraq," analyst Jeffrey Lewis wrote in a post on ArmsControlWonk.com earlier this month.