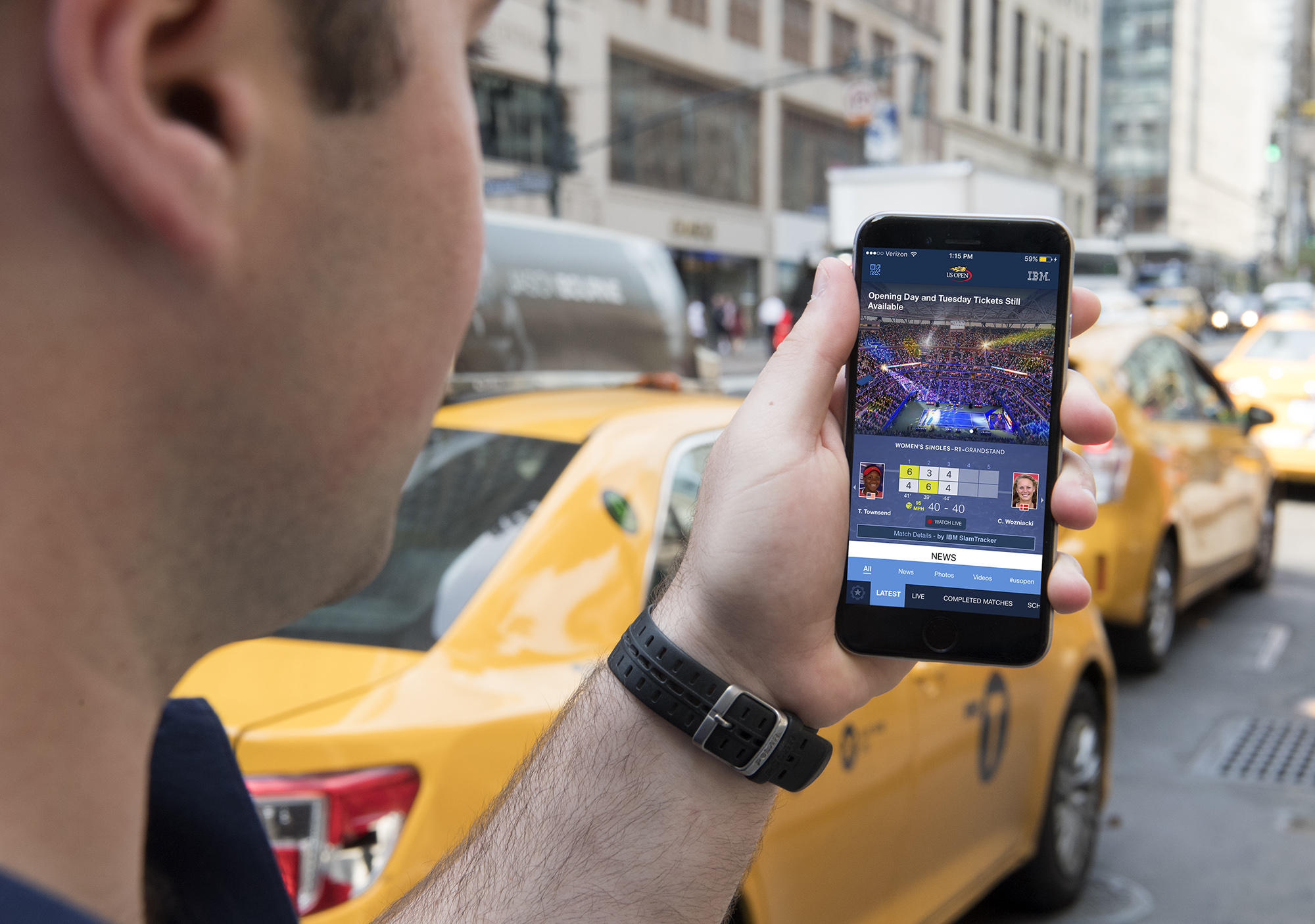 At this year’s U.S. Open, IBM Watson – the tech company’s “Jeopardy”-winning cognitive computing system – is serving up a range of new technology for tennis fans. It’s powering a mobile app for real-time information about the tournament that puts natural language processing to the test, and even enlists visual recognition technology that can help pinpoint celebrities and players in the stands.

This is all part of IBM’s larger push to show off cognitive computing’s ability to be used in a wide range of fields. Watson’s ability to aggregate and synthesize vast quantities of information while continually getting “smarter” has made it a useful tool in everything from medical research to fashion. For IBM, the popular tennis tournament is a chance to make this technology accessible to the public in a new way.

“Watson’s uses are multi-dimensional. This is part of the reason why we sponsor events like this – to showcase our capabilities,” John Kent, program manager for IBM Worldwide Sponsorship Marketing, told CBS News. “Watson and cognitive computing are key parts of that strategy – how can we showcase this technology.”

The most visible showcase comes in the form of the tournament’s new mobile app for Android and Apple, from IBM and the United States Tennis Association (USTA). The app includes a Watson-powered discovery feature that uses natural language processing to immediately answer questions. For instance, if a fan walking the grounds of the Billie Jean King National Tennis Center in Flushing, Queens, wants to know where to find a restroom or how to access public transportation, they can ask the app and Watson will immediately provide the answer.

“So far, we have had hundreds of questions come through from guests at the tournament on a daily basis, and we’ve seen some questions that we didn’t anticipate,” Kent said. “What we were noticing was that people weren’t asking questions, per se – instead they’d use one word, like ‘smoothie.’ Now, if they type in ‘smoothie,’ Watson is more informed and will respond to that. That’s the beauty of Watson, we don’t have to re-program it, we re-educate it, we train it.”

In the years since it first made a splash on Jeopardy!, IBM has been trying to make Watson more understandable to the general public. During the U.S. Open, the company has been running TV ads to explain how the company’s cloud-based computing and AI services – powered by the always-learning Watson – can be used by a wide range of businesses, Ad Age reports.

During a behind-the-scenes tour of the tournament for members of the media Tuesday night, IBM demonstrated some of the ways this cognitive computing technology is being applied, beyond just the app. In one room referred to as being the “brain of the tournament,” journalists were shown exactly how data on every play in the matches is shared in real time with fans, the media, and even the umpires on the court.

Watson’s speech-to-text function is also able to process on-demand clips of player interviews and immediately create subtitles and transcripts that can be shared for broadcasts and websites.

Watson can also pick out a face from a crowd. The computing system’s visual recognition function can analyze each photo taken by USTA photographers and identify players and notable celebrities caught on camera in the stands.

During the tour, members of the media also met “Pepper” an IBM robot that you could say uses Watson’s “brain.” When prompted to give an IBM engineer a high-five, “Pepper” knew just how to respond.

While those attending the U.S. Open shouldn’t expect to see “Jetsons”-esque robots rolling through the stands giving high-fives, the demonstration was meant to show off how cognitive computing can be used in concrete ways to enable machines to carry out complex tasks efficiently.

“I think everything we’ve been doing at the U.S. Open is proof positive of how cognitive and how Watson can change the world,” Kent asserted. “Linking Watson with a robot in a very human-like way, reading people’s faces – those are the things that you and I as humans do. This really could change the dynamics in how customer service is handled in the future. Or look at how Watson in medicine can help radiologists​ interpret all of this data they receive. This kind of technology could change the way people do business. What we are doing with the USTA is just an example of what more we can do.”