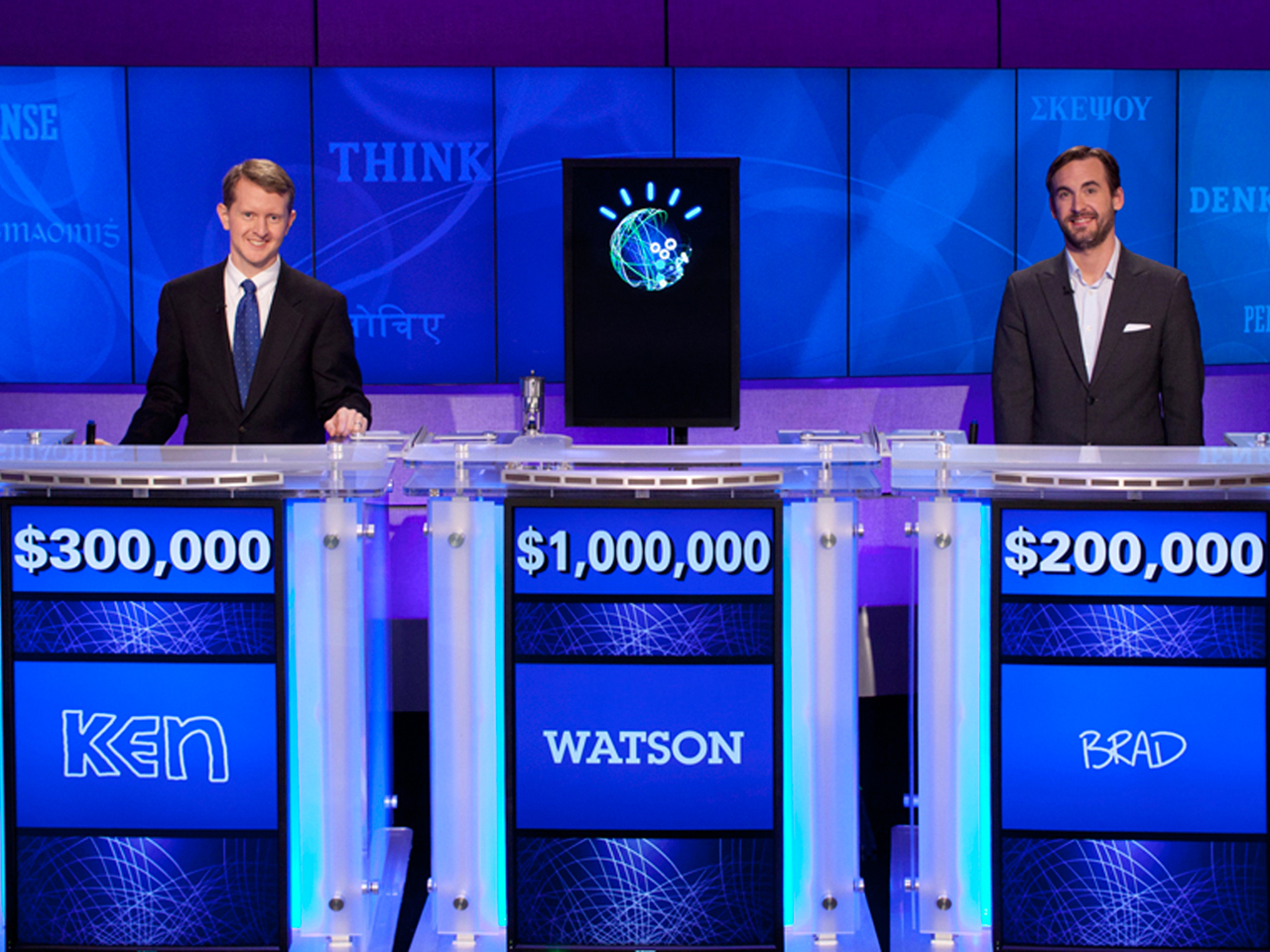 Watson won with an impressive lead of $77,147 after two exhibition matches.

For crushing his rivals, Watson gets a total prize of $1 million, which IBM has said will go to the charities World Vision and World Community Grid.

The vanquished Jennings and Rutter get $300,000 and $200,000 respectively, half of which each said they would be donating to charities.

Jennings of Salt Lake City offered a sense of humor along with his final Jeopardy clue in Wednesday's show, writing, "I for one welcome our new computer overlords," alongside the correct response.

Carson Daly on Woodstock '99's chaos: "I thought I was going to die"
Thanks for reading CBS NEWS.
Create your free account or log in
for more features.
View CBS News In
CBS News App Open
Chrome Safari Continue
Be the first to know
Get browser notifications for breaking news, live events, and exclusive reporting.