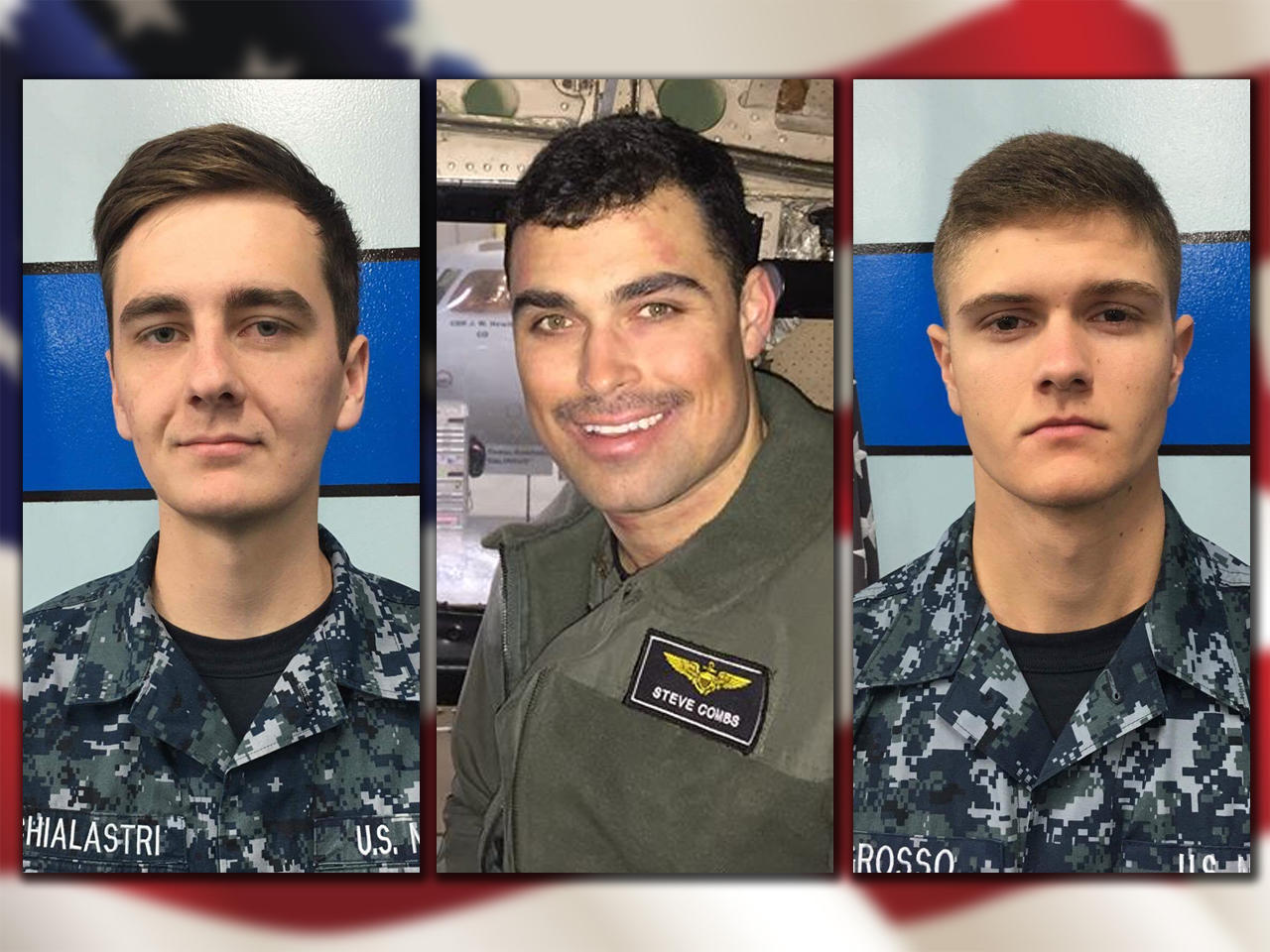 The U.S. Navy on Saturday identified three airmen still missing three days after a transport plane carrying them to an aircraft carrier went down in the Pacific Ocean.

On Thursday the Navy ended the search for three men, now identified as Lt. Steven Combs of Florida, Airman Matthew Chialastri of Louisiana and Airman Apprentice Bryan Grosso, also of Florida. Their families have all been notified.

Eight sailors were rescued about 40 minutes after the C-2A Greyhound crashed southeast of Okinawa and were transferred to the USS Ronald Reagan aircraft carrier for medical evaluation. They are all in good condition.

"Our thoughts and prayers are with the families of these Sailors," U.S. Seventh Fleet commander Vice Adm. Phil Sawyer said in the Saturday statement identifying the three missing men.  "Their service and sacrifice will be lasting in Seventh Fleet and we will continue to stand the watch for them, as they did bravely for all of us."

The twin-propeller plane came down about 500 nautical miles southeast of Okinawa as it was bringing passengers and cargo from Japan to the aircraft carrier, the Navy said in a statement. The cause wasn't clear and the crash was being investigated, the Navy said.

The USS Ronald Reagan led the combined search and rescue efforts with Japanese navy, the U.S. Navy said in a statement. During the course of the two-day search, eight U.S. Navy and Japanese navy ships, three helicopter squadrons and maritime patrol aircraft covered nearly 1,000 square nautical miles in the search for the missing sailors, the U.S. Navy said.