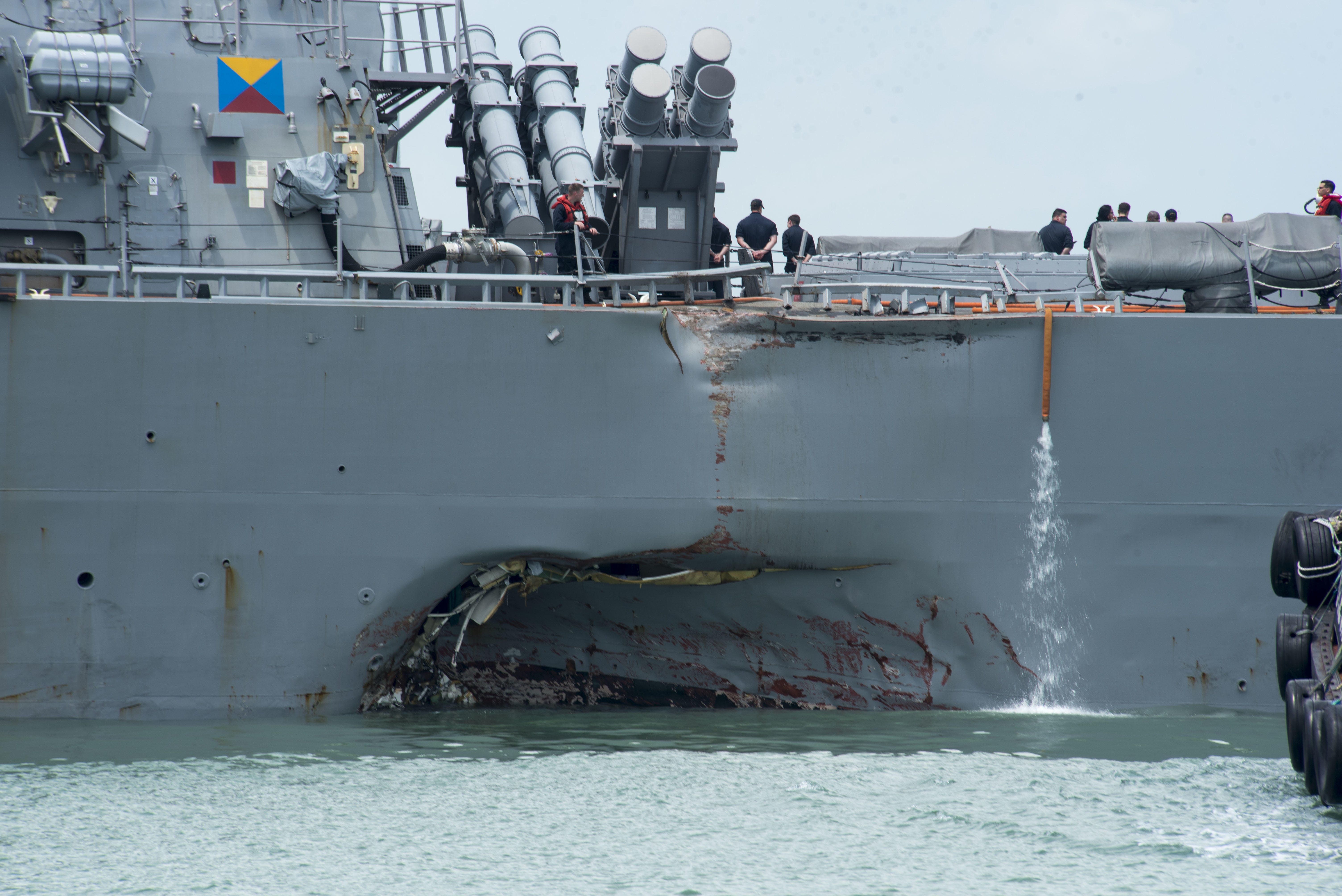 TOKYO -- The commander and executive officer of the USS John S. McCain were relieved of their duties Wednesday due to lost confidence after the warship and an oil tanker collided near Singapore in August.

The cause of the Aug. 21 collision is still under investigation but the U.S. Navy described it as preventable. The Navy statement said Cmdr. Alfredo J. Sanchez and the ship's executive officer, Cmdr. Jessie L. Sanchez, were reassigned.

The crash killed 10 U.S. sailors and injured five more. It was one of several accidents in the region that raised concern over the safety and operational effectiveness of U.S. naval vessels.

Some Navy officials have cited strains from frequent extended deployments, delayed maintenance and nearly a decade of budget constraints and reductions in resources devoted to training as factors.

The Navy fired the then-commander of the Japan-based 7th Fleet, Vice Adm. Joseph Aucoin, shortly after the McCain's crash.

It followed the collision of the USS Fitzgerald and a container ship in waters off Japan in June, which killed seven sailors. In January, the USS Antietam ran aground near Yokosuka base in Japan, and in May the USS Lake Champlain had a minor collision with a South Korean fishing boat.