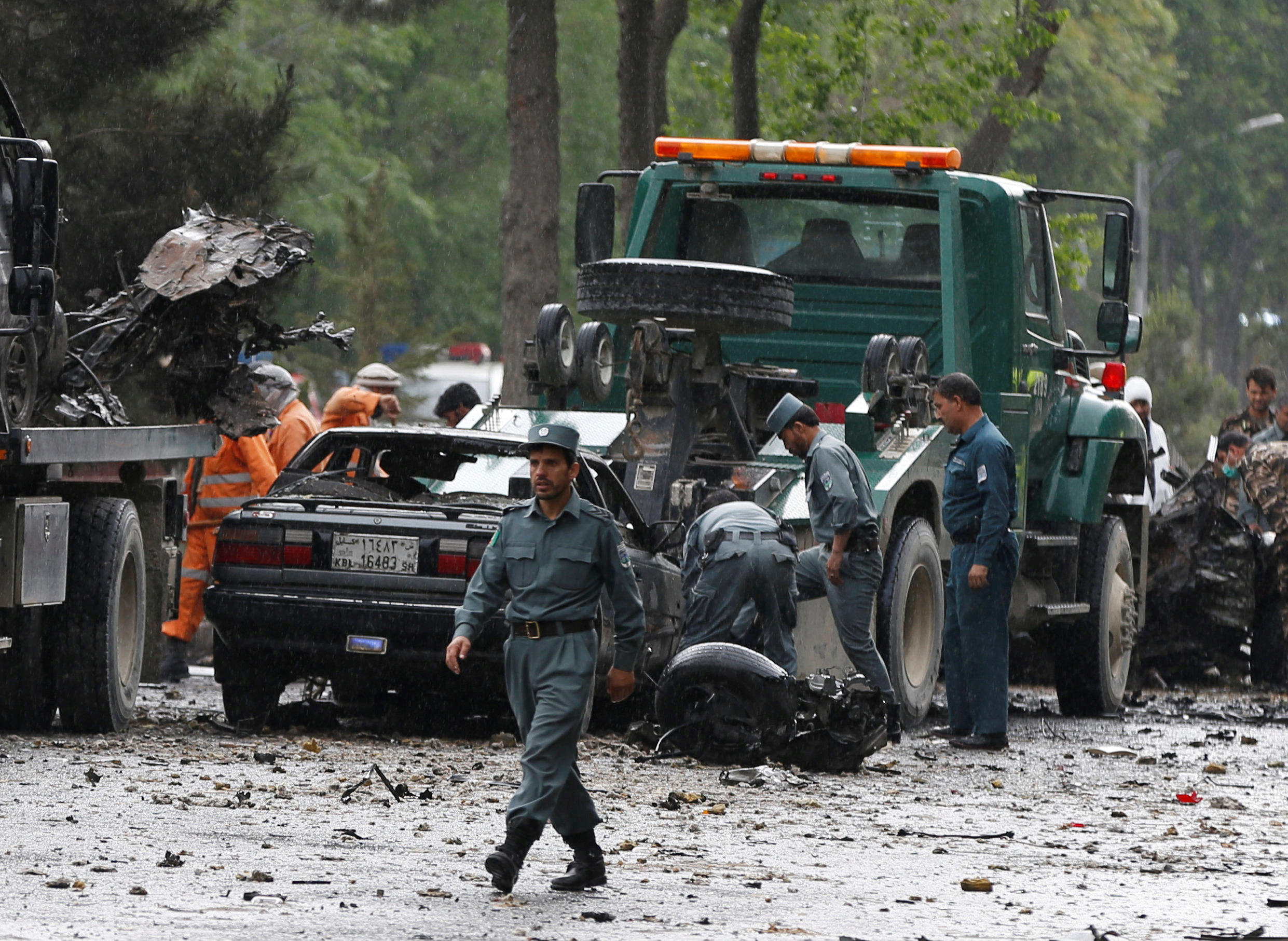 Najib Danish, deputy spokesman for the Interior Ministry, said another 25 Afghan civilians were wounded in the morning rush-hour attack near the U.S. Embassy, which destroyed several civilian vehicles.

The Islamic State of Iraq and Syria (ISIS) claimed responsibility for the attack in a statement released by the militant group's own pseudo news agency, Amaq.

U.S. Navy Cpt. Bill Salvin, a military spokesman, confirmed that three soldiers were wounded in the attack, adding that they "sustained non-life threatening wounds, are in stable condition , and are currently being treated at coalition medical facilities."

Salvin said the armored personnel carriers that made up the convoy, which are designed to withstand large blasts, returned to a coalition base under their own power, according to the Reuters news service.

The ISIS claim of responsibility came with the terror group's customary embellishment of fact, claiming eight U.S. troops were killed along with "a number" of Afghan forces.

Two U.S. Army Rangers were killed during a raid on an ISIS compound in Afghanistan at the end of April.

The Defense Department has identified the slain troops as Sgt. Joshua P. Rodgers, 22, and Sgt. Cameron H. Thomas, 23, and said they were killed by small arms fire during an operation targeting the emir of the ISIS' Afghan branch in Nangarhar province, the Pentagon said.

The Pentagon is investigating whether the soldiers died as a result of friendly fire.

That deadly raid came just a couple weeks after the U.S. military dropped the most powerful non-nuclear bomb ever used on a battlefield -- the MOAB, nicknamed the "
mother-of-all-bombs-killed-dozens-of-isis-fighters-afghans-sayEditUnlink ">mother of all bombs" -- on an ISIS cave network in Afghanistan.

While ISIS claimed the Wednesday attack, the Taliban also just announced the start of its annual spring offensive on Friday, and that group has repeatedly targeted Afghan and U.S. forces in the past.

Afghan forces have struggled to contain the Taliban since the U.S. and NATO officially concluded their combat mission at the end of 2014, switching to a support and counterterrorism role. The U.S. has more than 8,000 troops in the country.

In announcing the spring offensive, the Taliban said coalition and Afghan security forces would be the focus.