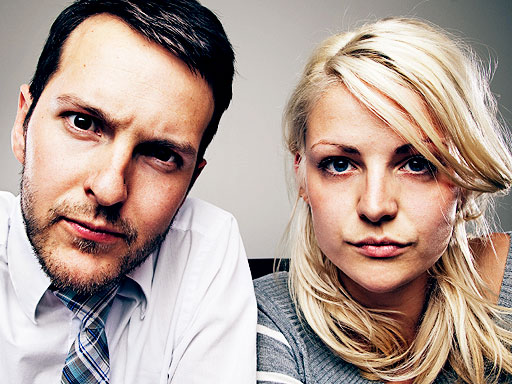 (CBS) Why are fewer Americans getting married these days? A new report shows the current number of married adults has dropped to a record low of 51 percent. For a dose of perspective, back in 1960, 72 percent of U.S. adults ages 18 and older were married.

The report, by the Washington D.C. think tank Pew Research Center, suggests that if the trend continues, within a few years less than half of American adults will be hitched.

That's not the only trend changing. Americans are getting married for the first time at older ages than ever before. The average ages of first marriage hit record highs of 26.5 for brides and 28.7 for grooms, the report showed.

For the report, Pew researchers analyzed U.S. Census data from 1960 and data from the American Community Surveys from 2008-2010. Between 2009 and 2010, the number of new marriages sharply declined 5 percent, a drop that "may or may not be related to the sour economy," the researchers wrote.

Among adults ages 18-24, the marriage rate dropped 13 percent during that year.

"The most dramatic statistics to me are when you look at the share of younger adults who are married now compared with in the past," report author D'Vera Cohn, a senior writer at Pew Research Center, told NPR. "That's really been where you've seen the big decline."

The authors say it's unclear whether more adults are merely delaying marriage, or abandoning the tradition all together.

Why do you think U.S. marriage rates are declining?