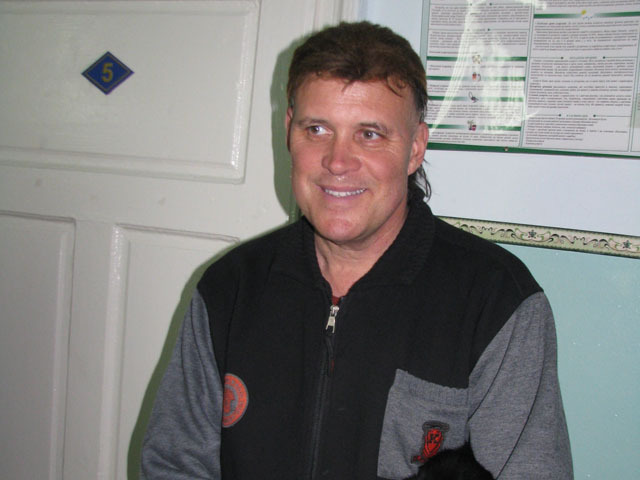 KIEV, Ukraine - A former write-in candidate for Arizona governor who ended up homeless in Ukraine says he is flying back to Phoenix next week after being entangled in an online dating scam.

Cary Dolego, 53, ended up on the streets of a western Ukrainian city after a dating scam. He came in search of a Ukrainian bride but ran out of money. He said Thursday he will return to Phoenix thanks to a loan from the U.S. Embassy.

Dolego, who ran for governor last year, sold his house and belongings in Arizona to fund his trip to Ukraine. He says he had been planning to meet and settle with a Chernivtsi woman he had met online, but she never showed up.

The woman, Yulia, eventually showed up, but claimed someone had hacked into her account and had been exchanging e-mails with Dolego on her behalf. She refused to give her last name, citing privacy concerns.

It was unclear why Dolego did not immediately seek help from the U.S. Embassy in Ukraine, which offers loans and other support to destitute Americans abroad to help them return home.

"It was a fun adventure for him," Beridze said. "He likes this lifestyle, but now it's over and he is returning to America."

Dolego said he plans to live with one of his three adult children back in Arizona and find a job, but eventually would like to return to Ukraine, a country he fell in love with.

"The people in the Ukraine are the most hospitable you'd ever want to meet," Dolego said, speaking from the Chernivtsi hospital where he was being treated for pneumonia. "I need a special lady, a Ukrainian lady so that we can start a life together."