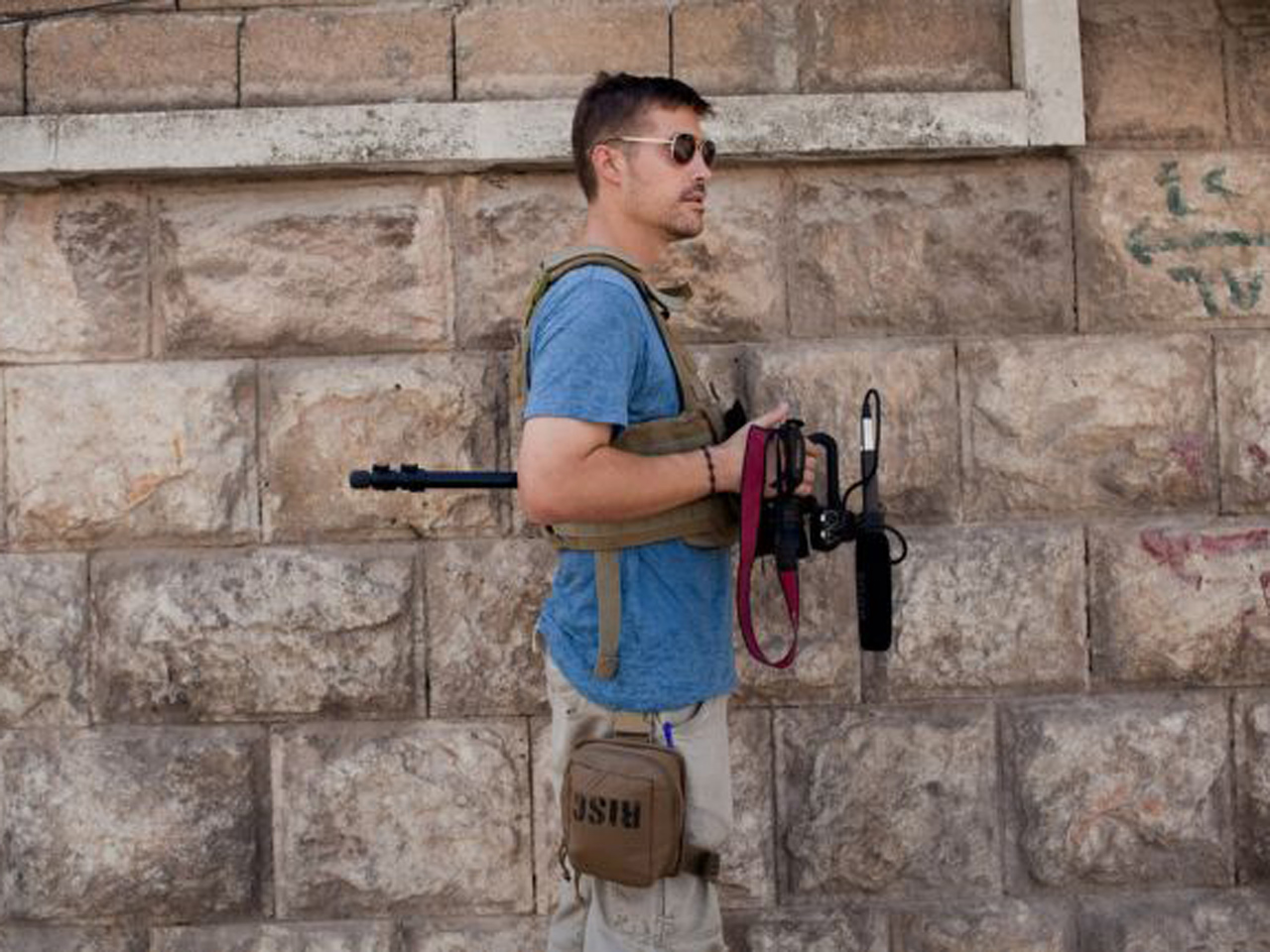 BOSTON There are some years that are better to have behind you.

For international news organizations that cover the more dangerous corners of the world, 2012 was one of those years.

According to the International Press Institute, there was a record number of journalists killed last year either in the line of duty or as a consequence of their reporting.

An unprecedented 132 journalists' lives were taken in 2012, the highest number since the IPI started systematically keeping track of journalists' deaths in 1997.

We begin the year 2013 remembering their sacrifice and with the sober recognition that every day journalists risk their lives to bring home news from conflicts across the globe from Afghanistan to Mexico and from Syria to Somalia.

We believe the work they do is nothing short of heroic. And we believe the whole world has a vested interest in paying attention to the need for journalists to be able to do their work safely and securely so that all of us - no matter what our opinion - can have the facts on the ground.

At GlobalPost, we start the new year with the disturbing news that freelance correspondent James Foley, 39, who has done extensive and outstanding work for GlobalPost in the war zones of Afghanistan, Syria and Libya, has gone missing in Syria.

Our thoughts and prayers go out to the Foley family, a close and caring clan that hails from rural New Hampshire and has had a constant vigil for their son and brother since he was detained in Syria on Thanksgiving Day.

The family has been through this before. In 2011, Foley was captured in Libya along with three other colleagues. The three were held for 44 days by forces loyal to Muammar Gaddafi before being released. A fourth journalist, South African Anton Hammerl, was killed during their initial capture. Foley is a brave and dedicated correspondent who was determined to return to the field to continue reporting and eventually covered the final days of Gaddafi's regime.

Foley's family has established a web page which features an appeal for his release at www.freejamesfoley.org.

In a statement, GlobalPost Chief Executive Officer and co-founder, Philip S. Balboni, said, "Over the past nearly six weeks we have been working intensively with many parties in the United States and in the Middle East to secure Jim Foley's freedom so he can return home to his loving family."

"We urge his captors to release him," added Balboni.

Few details are known about Foley and his captors at this point. One witness said that Foley was abducted from his vehicle by men in an unmarked car who were wielding Kalashnikov rifles. He had been traveling on a road in Idlib Province, a region which has seen heavy fighting between Syrian rebels and government forces.

Foley was taken hostage in the same area where NBC News chief foreign affairs correspondent Richard Engel was captured in December. Engel and three colleagues were held for five days and freed after their captors ran into a checkpoint manned by a Syrian rebel. A firefight ensued, and two of the captors were killed and the rebels escorted Engel and his colleagues to the border and to freedom.

I spoke with Engel over the holiday. We've known each other for the better part of two decades of reporting in the Middle East. It was good to celebrate his homecoming, and we shared what a painful and difficult year it had been.

"It's absolutely chaotic now in Syria," Engel said. "It's often unclear who is in charge or where. It's the most dangerous conflict I've covered in years, perhaps ever. It's prolonged. It's deadly. It's spread out. All sides feel they'll be wiped out if they lose. I fear it will also get worse and spread."

No place on earth was more dangerous for reporters to work than Syria, where the Committee to Protect Journalists recorded 28 deaths in 2012 and numerous kidnappings. Among those killed in Syria were several dear friends, including the New York Times' Anthony Shadid and Sunday Times of London's Marie Colvin.

Out of the tragedy of losing these great colleagues has come an extraordinary sense of camaraderie. Engel and other colleagues in the field, including the New York Times' C.J. Chivers, have offered strong support and practical advice to GlobalPost as we continue to work for Foley's release. Among the greatest shared concerns of Engel, Chivers and other colleagues is that a new generation of correspondents have the adequate resources to take on dangerous assignments.

In a time of diminishing resources for international news organizations, Engel and others in the field have stressed the need for correspondents to have adequate training and guidance to do their work safely. To that end, GlobalPost has tried to be diligent and has codified its expectations for correspondents in a field guide titled GroundTruth. In addition to practical advise for operating safely in the field, GroundTruth includes a collection of essays in which correspondents share lessons learned from the field.

Last year, Foley wrote the lead column which was titled, "Stepping back to assess a bad day in Libya."

The essay was about his decision to return to keep covering the story in Libya even after being held in captivity for 44 days and seeing a friend and colleague killed in the process. He wrote self-effacingly about mistakes he had made, writing, "my decision making that day was clouded by an adrenalin-influenced desire to be there first."

And he wrote of the caution that he planned to bring to future assignments. But in the essay which he wrote from Misrata, Libya, he also summed up in one sparse sentence what might be the motivating force in his career as a journalist and the reason he wanted to be in Syria:

"This story matters and I wanted to be here telling it from the frontlines."

This story originally appeared on Global Post, and was written by Charles M. Sennott.