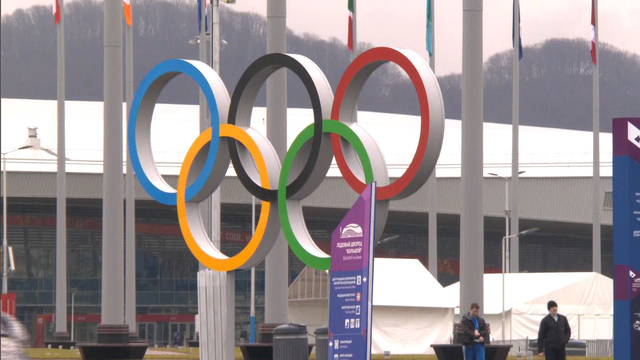 The worry is that teams of operatives could smuggle those tubes on board a plane along with other component parts and then assemble an improvised explosive device while the plane is in flight, U.S. officials said.

They said the potential threat is aimed at Russia and the Sochi Olympics, which kick off Friday.

A U.S. intelligence source told CBS News on Wednesday that Russia has banned all liquids from being brought on board flights in carry-on baggage. Anything containing liquid, no matter how small an amount, must be in checked luggage.

The Department of Homeland Security has issued the warning to U.S. airlines and some foreign airlines as well.

Officials said there is no indication that the United States or Americans would be targeted, but the warning was given to U.S. carriers operating direct flights to Russia.

"Out of an abundance of caution, DHS regularly shares relevant information with domestic and international partners, including those associated with international events such as the Sochi Olympics," the warning said.

The alert came after the arrests of female Chechen suspects in Austria and France as part of a probe into an alleged terror organization that was talking about smuggling explosives onto aircraft, sources said. The suspects in Austria were released due to lack of evidence.the suspects in France are still believed to be in detention.

The U.S. currently has regulations banning passengers from bringing on board any containers with more than 3 fluid ounces of any liquid or gel. That includes toothpaste containers.

"To make people aware is a good thing,"  the source said.

"Technically, toothpaste tubes could be used to conceal bomb-making ingredients, just like printer cartridges or a shoe. This may be the new hot item," the source said.

While Russia says it has established a "ring of steel" around the Olympic venues, there have been widespread concerns that Muslim militants from the Caucasus could attack the games.  Some U.S. athletes have said they have asked their families to stay home.

Russian authorities have issued wanted posters for so-called "black widows," women whose husbands, brothers or fathers have been killed by Russian security forces and may be seeking revenge.

Russian security services have waged a take-no-prisoners assault in Dagestan, just a few hundred miles from Sochi.  Dagestan, along with neighboring Chechnya, is home to an Islamic insurgency that has been battling Russian forces for years.

It's where Tamerlan Tsarnaev lived for months before authorities say he and his brother launched a bomb attack on the Boston Marathon last April.

The State Department has advised Americans traveling to the Olympics to "remain attentive regarding their personal security at all times."