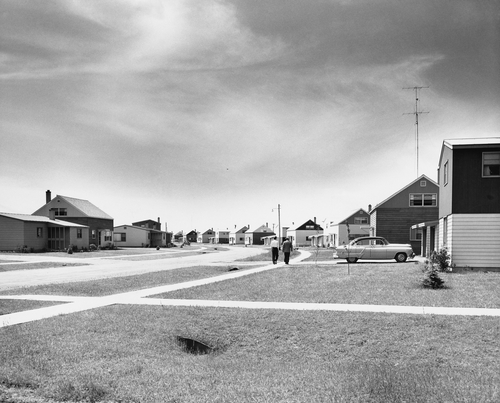 (MoneyWatch) The real estate market today reflects an ugly, if often forgotten, truth: Residential segregation in the U.S. is alive and well. Although that problem is commonly thought of as a relic of America's racially troubled past, a recent study shows that fewer black and white families are today moving into multi-ethnic neighborhoods.

"We pay a lot of attention to this proliferation of multi-ethnic neighborhoods, but they are still only a small part of the overall inter-neighborhood mobility picture for blacks and whites," said Kyle Crowder, a professor of sociology at the University of Washington and lead author of the study, in a statement. "Blacks tend to originate in neighborhoods with very high concentrations of blacks and, when they move, they tend to move to other places that have very high concentrations of blacks. Their typical destination is not a multi-ethnic neighborhood. The same goes for whites."

Indeed, segregation appears to be on the rise despite an overall increase in the number of racially and ethnically mixed neighborhoods, which the study defines as areas whose populations were at least 10 percent black, 10 percent Hispanic or Asian, and 40 percent white.

So while the days of government-mandated segregation are over, drastic socioeconomic differences between white and minority families result in a de facto cultural divide.

Should you buy a gadget protection plan?

How high school sophomores can prep for college

"Our study tells a somewhat pessimistic story, but it's also a realistic story," said Crowder, noting that residential segregation influences crime rates and racial disparities in health and exposure to pollution. "When people say, 'Segregation is going away' and 'We don't need to worry about it anymore,' those are messages that people will latch onto quickly," Crowder says. "Unfortunately, those types of statements are just untrue."