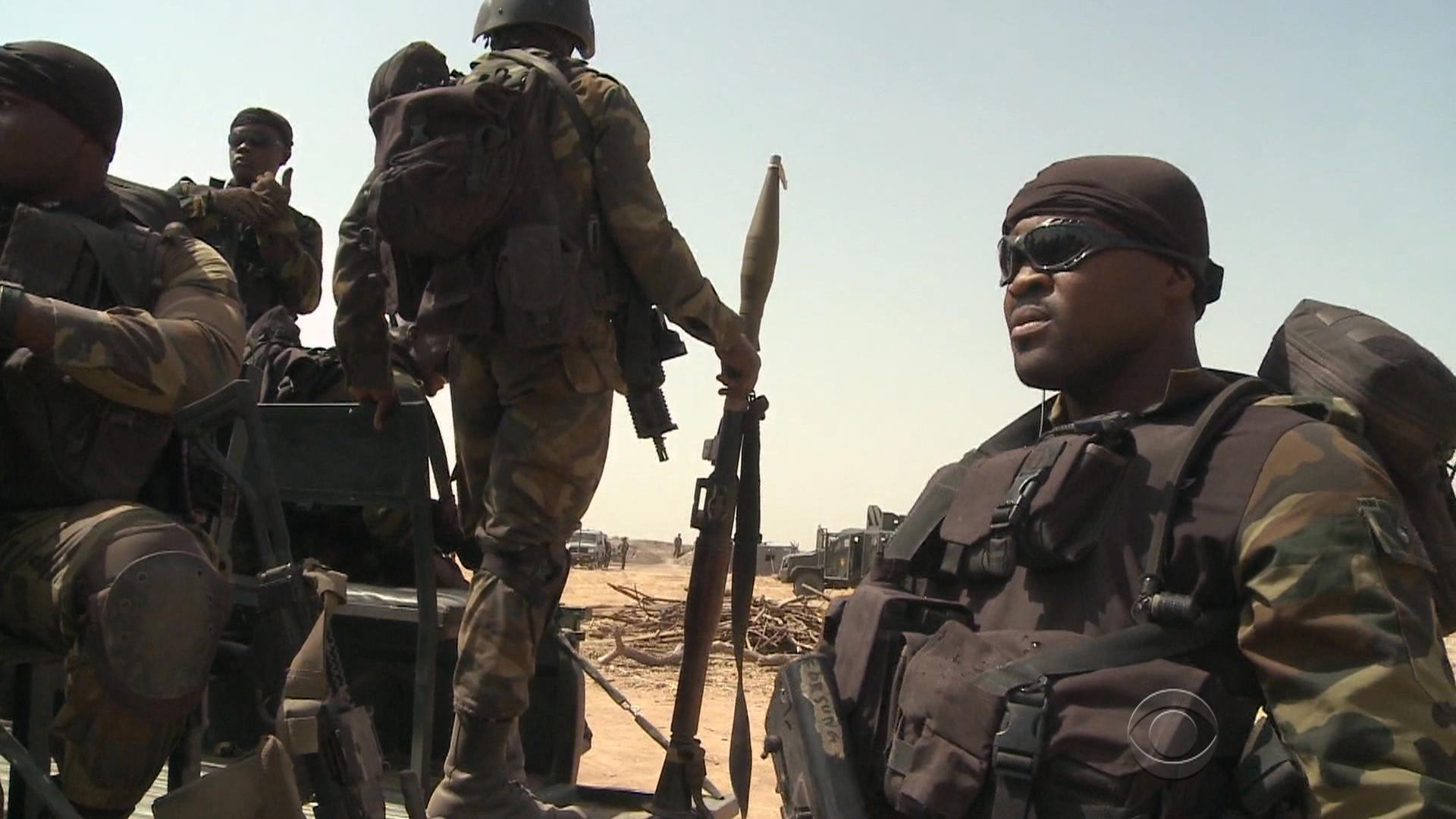 The U.S. quietly sent hundreds of troops to West Africa, where Islamic militants linked to ISIS are terrorizing villages in a campaign of murder and kidnapping.

The Americans are there to help Cameroon's army hunt the terrorists along the Nigerian border. Balaclavas provide scant relief against the choking dust.

They're searching for Boko Haram, the extremist group that has aligned itself with ISIS -- and killed more than 20,000 in the past six years.

Border towns like Kolofata have suffered a string of attacks by suicide bombers recently.

The belief is that Boko Haram could be in any home. Not even children are immune from security checks because in the past few months, the suicide bombs in this area have all been delivered by children -- the new face of war.

But on the day CBS News accompanies the soldiers, they find nothing. Major Beltus Kwene tells the village to be vigilant.

The soldiers' base is just a few miles from the border, and Kwene says it was targeted in "a massive attack."

Kwene told CBS News since Boko Haram has pledged allegiance to ISIS their tactics have changed. Their bombs are more sophisticated and deployed with deadly frequency.

"When I see how horrible they can be, I think I would never feel tired to fight against them," Kwene said.

Now, Cameroon is getting help from the U.S. military, which is setting up its first drone base in Africa. Cameroon soldiers are learning how to use their own drones for surveillance. The U.S. base won't be fully operational until next month.

"The United States forces is providing intelligence, surveillance and reconnaissance assets to the Cameroonian forces," Army Captain Victor Guzman told CBS News. "The intent is for them to take the lead, fight the local threat and not only is it local, but it has grown to a global threat."

The U.S. will have as many as 300 troops on the ground in Cameroon by the time they are fully operational. They're also training the soldiers to prevent suicide attacks.

It's critically important -- just 12 hours after CBS News left Kolofata, it was hit by a suicide bomber who killed nine people.