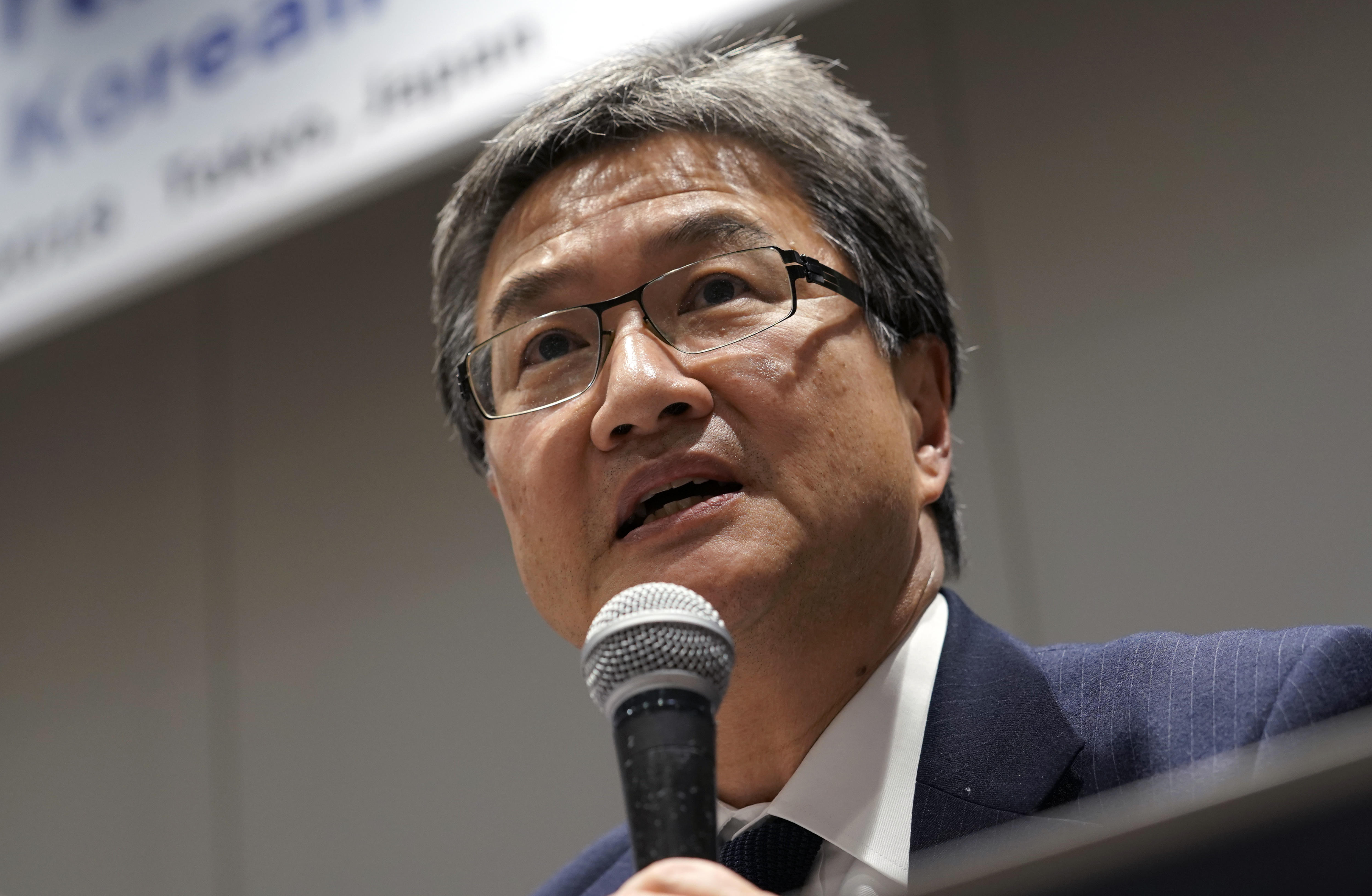 Ambassador Joe Yun, the top State Department envoy for North Korea, is retiring Friday. His departure threatens to handicap the Trump administration's aspirations to use diplomacy to solve the North Korean nuclear threat.

Yun, 63, has been at the center of shaping the administration's policy toward North Korea since day one. He has served at the State Department for more than 30 years, including as Ambassador to Malaysia.

Yun traveled to North Korea last year to retrieve Otto Warmbier, the American student who had been detained for over a year. Yun was in contact with North Korean officials to coordinate that trip. President Trump signed off on the trip, and it was closely monitored by Secretary of State Rex Tillerson.

The former ambassador says his decision to leave government was a personal one.  "It is really my decision. The time, I thought, was right. There is a bit of a lull in activity and I thought it would be a good to get out," Yun said. "They stopped nuclear and missile tests."

Yun said there were no policy differences "per se" and noted that Tillerson tried to get him to stay.

"We are sorry to see him retire, but our diplomatic efforts regarding North Korea will continue based on our maximum pressure campaign to isolate the DPRK (the Democratic People's Republic of Korea, the formal name for North Korea) until it agrees to begin credible talks toward a denuclearized Korean peninsula," said Spate Department spokesperson Heather Nauert.

Yun, who has been hopeful about using diplomacy to solve the crisis posed by the North's nuclear program, is leaving before formal talks have taken place between Washington and Pyongyang. The White House says it hopes pressure being applied by sanctions on North Korea will lead to a diplomatic path to solving the stalemate -- but military action isn't off the table.

"If the sanctions don't work, we'll have to go phase two. Phase two may be a very rough thing. It may be very, very unfortunate for the world. But hopefully the sanctions will work," Mr. Trump said during a news conference Friday.

The State Department does not have a confirmed Assistant Secretary for the Asian Pacific region or a U.S. ambassador to South Korea. With Yun's departure, the biggest fear is the end of using diplomacy with Pyongyang.

"We need to get it right. We need to make sure if there are talks it will lead to denuclearization. We need a whole of government approach," Yun remarked to CBS News Tuesday.

It is unclear who will pick up the baton from Yun. His replacement is yet to be determined.

State Department officials have also grown frustrated at times by the White House's approach to career diplomats like Yun. When North Koreans proposed a meeting with Vice President Pence via South Korea, a senior State Department official said the meeting was not expected to be substantive but emphasized that it was hard to say what could have been accomplished, because it didn't happen.

In an interview with "60 Minutes," Tillerson said he is ready to talk with North Korea.

"I'm not sending a lotta messages back 'cause there's nothing to say to them at this point. So I'm listening for you to tell me you're ready to talk," Tillerson said. "We receive messages from them and I think it will be very explicit as to how we want to have that first conversation."

Over the weekend, North Korean indicated in a meeting with South Koreans that they are ready for talks with the U.S. But the White House seemed to rebuff the offer.

"As President Trump has said, there is a brighter path available for North Korea if it chooses denuclearization. We will see if Pyongyang's message today, that it is willing to hold talks, represents the first steps along the path to denuclearization. In the meantime, the United States and the world must continue to make clear that North Korea's nuclear and missile programs are a dead end," White House Press Secretary Sarah Huckabee Sanders said in a statement.

On Monday, Mr. Trump noted Pyongyang's willingness to talk, but didn't say the U.S. would accept the offer.

Under Secretary for Public Diplomacy and Public Affairs Steve Goldstein says it isn't accurate to say there are differences in approaches to diplomacy between the White House and State Department  on North Korea. "The Secretary and the White House are in lockstep on what needs to be done," he said. "The messaging has been solid."