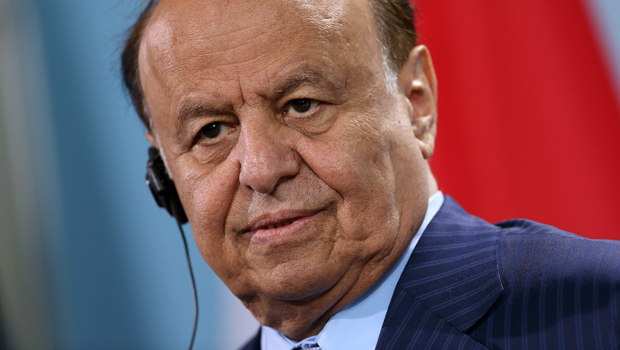 The president of Yemen, Abed Rabbo Mansour Hadi, resigned Thursday with the country's prime minister and Cabinet amid a heated standoff with powerful Shiite rebels who control the capital, a spokesman at the Yemeni Embassy in Washington confirmed to CBS News.

Earlier, CBS News had confirmed that the government headed by Prime Minister Khaled Bahah handed its resignation to the embattled Hadi Thursday.

Presidential officials said Hadi, a close U.S. ally in the fight against al Qaeda, submitted his resignation to parliament after being pressured to make further concessions to the rebels, known as Houthis, who are widely believed to be backed by Iran, charges they deny.

An unnamed senior Yemeni official told the Agence France-Presse news agency that the country's parliament rejected Hadi's resignation, but that couldn't be confirmed.

The government's collapse raises serious questions about the Obama administration's "light footprint" model of combating terrorism. As recently as September, as President Obama announced the campaign against the Islamic State of Iraq and Syria, he cited Yemen as an example of a successful U.S. counterterrorism strategy.

"I want the American people to understand how this effort will be different from the wars in Iraq and Afghanistan ... this strategy of taking out terrorists who threaten us, while supporting partners on the front lines, is one that we have successfully pursued in Yemen and Somalia for years," Mr. Obama said.

United States Embassy staff are being reduced in Sana'a, State Department officials confirmed to CBS News. The embassy has been on ordered drawdown since September. U.S. Marines escorted personnel to the airport, where they traveled on commercial and chartered airlines.

However, the embassy remains open and the U.S. Ambassador remains there.

"We will continue to operate as normal, albeit with reduced staff," according to a State Department statement. "We are also continuously reassessing the situation on the ground based on our staffing needs."

The rebels effectively control the capital Sanaa, several other cities and state institutions, but their writ does not extend to vast areas of the country that are predominantly Sunni, where its recent encroachments have fanned fears of a sectarian conflict. The Houthis could also face sanctions from the international community, which strongly backed Hadi.

Yemen also has a powerful movement in the south demanding autonomy or a return to the full independence the region enjoyed prior to 1990, which is unlikely to accept rule by the Houthis, whose power base is in the north. The Houthis are Zaydis, a Shiite minority that makes up about a third of Yemen's population.

Hadi's resignation came after several rounds of negotiations over a new governing arrangement that would give the Houthis more power. Many observers suggested the Houthis would keep Hadi on as a puppet to maintain the veneer of international legitimacy.

Hadi had earlier pledged political concessions in return for the rebels withdrawing from his house and the nearby presidential palace following days of clashes, but Houthi fighters remained deployed around both buildings throughout Thursday.

"We reached a deadlock," Hadi said, according to a copy of his letter of resignation obtained by The Associated Press.

"We found out that we are unable to achieve the goal, for which we bear a lot of pain and disappointment," he said.

Military officials close to the president told the AP Hadi resigned after the Houthis pressured him to give a televised speech to calm the streets. They said the Houthis also requested appointments in his own office, the Defense Ministry and provincial capitals, demands Hadi rejected.

The officials spoke to the AP on condition of anonymity because they were not authorized to speak to the media.

Yemeni law says the parliament speaker -- Yahia al-Rai, a close ally of ousted President Ali Abdullah Saleh -- would assume the presidency. Saleh wields considerable power despite resigning in 2012 in the face of protests, and is widely believed to be allied with the Houthis.

According to the Yemeni constitution, presidential elections should be held within 60 days.

The Yemeni government submitted its resignation as U.N. envoy Jamal Benomar met with representatives from the Houthis and other political factions to try to implement a deal reached Wednesday to resolve the crisis.

Bahah's technocratic government was formed in November as part of an earlier United Nations-brokered peace deal after the Houthis overran the capital in September.

Bahah, a political independent, posted his resignation on his official Facebook page, saying he had held office in "very complicated circumstances." He says he resigned in order to "avoid being dragged into an abyss of unconstructive policies based on no law."

"We don't want to be a party to what is happening or will happen," he added.

Yemeni analyst Farea al-Muslimi described the resignations as a "smart" move by Hadi and Bahah, saying it would deepen the Houthis' isolation both inside the country and internationally.

"The resignations will spark popular anger in the street," he said.

The resignations mark the end of an internationally-backed transition that compelled Saleh, an autocrat who ruled for three decades, to resign in 2012 following months of Arab Spring protests.

Yemen is home to al Qaeda in the Arabian Peninsula, which Washington has long viewed as the terror network's most lethal affiliate. The group has mounted a number of failed attacks on the U.S. homeland and claimed responsibility for the Paris attack on a French satirical magazine earlier this month.