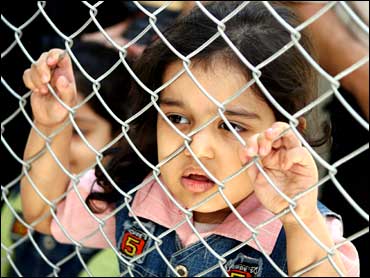 The Bush administration will name two senior officials to straighten out its handling of Iraqi refugees in response to numerous complaints that Washington is failing to meet pledges to admit thousands who have fled the country.

The Homeland Security and State departments are to announce on Wednesday the appointments of Lori Scialabba, a top immigration official, and James Foley, a career diplomat, to the posts, officials at the two agencies told The Associated Press.

The officials spoke on condition of anonymity because the appointments had not yet been made public.

Scialabba, who has more than 20 years of experience in immigration law, and Foley, a former ambassador to Haiti, will be responsible for coordinating and improving the admission of Iraqi refugees into the United States, a process that has been dogged by delays and vehement complaints from refugee advocacy groups.

Homeland Security, in particular, has come in for criticism for holding up the processing of refugees, in part due to stronger screening measures it put in place in May out of concern that terrorists could pose as asylum seekers to gain entry to the United States.

"If this person can get the Department of Homeland Security to put more resources into processing Iraqi refugees and into streamlining its processes for doing this without sacrificing security, this would be a good thing," Ken Bacon, president of the advocacy group Refugees International, said of Scialabba.

Processing time for Iraqi refugees is now eight to 10 months - a period the government acknowledges is too long - and fewer than 1,000 have been admitted to the country over the past 11 months despite promises to admit 7,000 by the end of the current budget year on Sept. 30.

That initial target of 7,000 has been reduced to 2,000 but is still unlikely to be met, officials say.

State Department spokesman Sean McCormack said Tuesday that the department had prepared about 7,500 of 10,000 Iraqi refugee cases referred by the United Nations and that Homeland Security will have interviewed about 4,500 by the end of September. He said the rest would be done between October and January.

"What we want to see here is that the entire U.S. government operation work effectively," he told reporters. "And that is why the secretary is going to, for the State Department's part, appoint somebody specifically tasked with making sure that this system works efficiently."

About 50,000 Iraqis are fleeing their war-torn country each month, making them the fastest growing refugee population in the world, according to refugee advocacy groups.