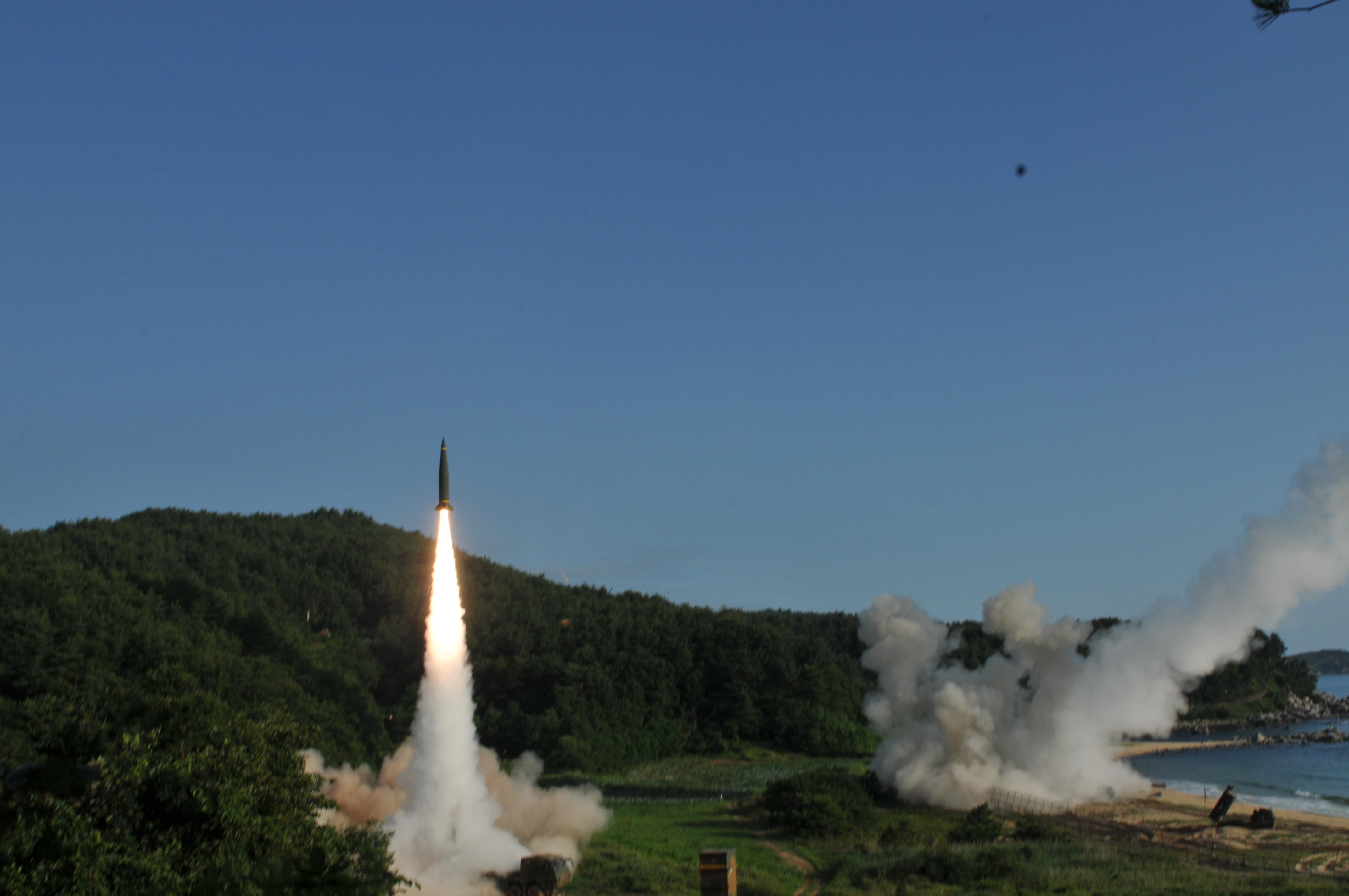 Personnel from the United States Army and the South Korea military carried out a joint exercise to counter North Korea's "destabilizing and unlawful actions" when it launched an intercontinental ballistic missile, a statement from the U.S. Army announced Tuesday.

The Army said the exercise utilized the Army Tactical Missile System and the Republic of Korea (ROK) Hyunmoo Missile II, which fired missiles into territorial waters of South Korea along the East Coast. The system can be rapidly deployed and engaged, the Army added in its statement.

"The ROK-U.S. Alliance remains committed to peace and prosperity on the Korean Peninsula and throughout the Asia-Pacific," the statement read.

This was in response to North Korea's overnight launch of a intercontinental ballistic missile, which has been confirmed by U.S. officials, including Secretary of State Rex Tillerson.

Tillerson said the U.S. "strongly condemns" the missile and called on "global action." Tillerson said President Trump and the national security team are assessing the situation "in close coordination with our allies and partners."

CBS News' David Martin reports that U.S. military officials are not disputing outside experts who say if the missile had been fired on a normal trajectory, that was intended to take advantage of the range these rockets could reach, that missile could have gone in excess of 4,000 miles -- enough to reach Alaska, although not the lower 48 United States, and not Hawaii.

North Korea previously claimed it successfully test-launched the missile, a potential game-changing development in what may be the world's most dangerous nuclear standoff and, if true, a direct rebuke to Mr. Trump's earlier declaration that such a test "won't happen!"

"He's being provocative, he's trying to put President Trump in a box with these provocative acts," Richardson said.

Richardson said the U.S. basically has two options: Public statements and military strike action, which he said is not realistic because it could provoke "a terrible war." But he hopes international pressure could wall North Korea from any type of economic activity.

In typically heated rhetoric, North Korea's Academy of Defense Science said the test of an ICBM -- the Hwasong-14 -- marked the "final step" in creating a "confident and powerful nuclear state that can strike anywhere on Earth."

It will be difficult to confirm many details about what happened. North Korea's weapons program is perhaps the most closely held state secret in one of the world's most suspicious nations. U.S., South Korean and Japanese officials earlier assessed that the North fired an intermediate-range missile into waters near Japan.

Soon after the morning launch, Mr. Trump responded on Twitter: "North Korea has just launched another missile. Does this guy have anything better to do with his life? Hard to believe that South Korea and Japan will put up with this much longer. Perhaps China will put a heavy move on North Korea and end this nonsense once and for all!"

"This guy" presumably refers to North Korean leader Kim Jong Un. China is North Korea's economic lifeline and only major ally, and the Trump administration is pushing Beijing to do more to push the North toward disarmament.

After North Korea claimed earlier this year it was close to an ICBM test launch, Mr. Trump took to Twitter and wrote "It won't happen!"

China and Russia proposed on Tuesday that North Korea declare a moratorium on nuclear and missile tests while the U.S. and South Korea refrain from large-scale joint military exercises. North Korea views the exercises as preparation for an invasion and has repeatedly demanded their cancellation. It says it needs nuclear weapons and powerful missiles to cope with what it calls rising U.S. military threats.

The Chinese and Russian foreign ministries issued the proposal in a joint statement after talks between Chinese President Xi Jinping and Russian President Vladimir Putin.

They urged other nations to create a "peaceful atmosphere of mutual trust" to encourage talks between the two sides on commitments not to use force and to make the Korean Peninsula free of nuclear weapons.