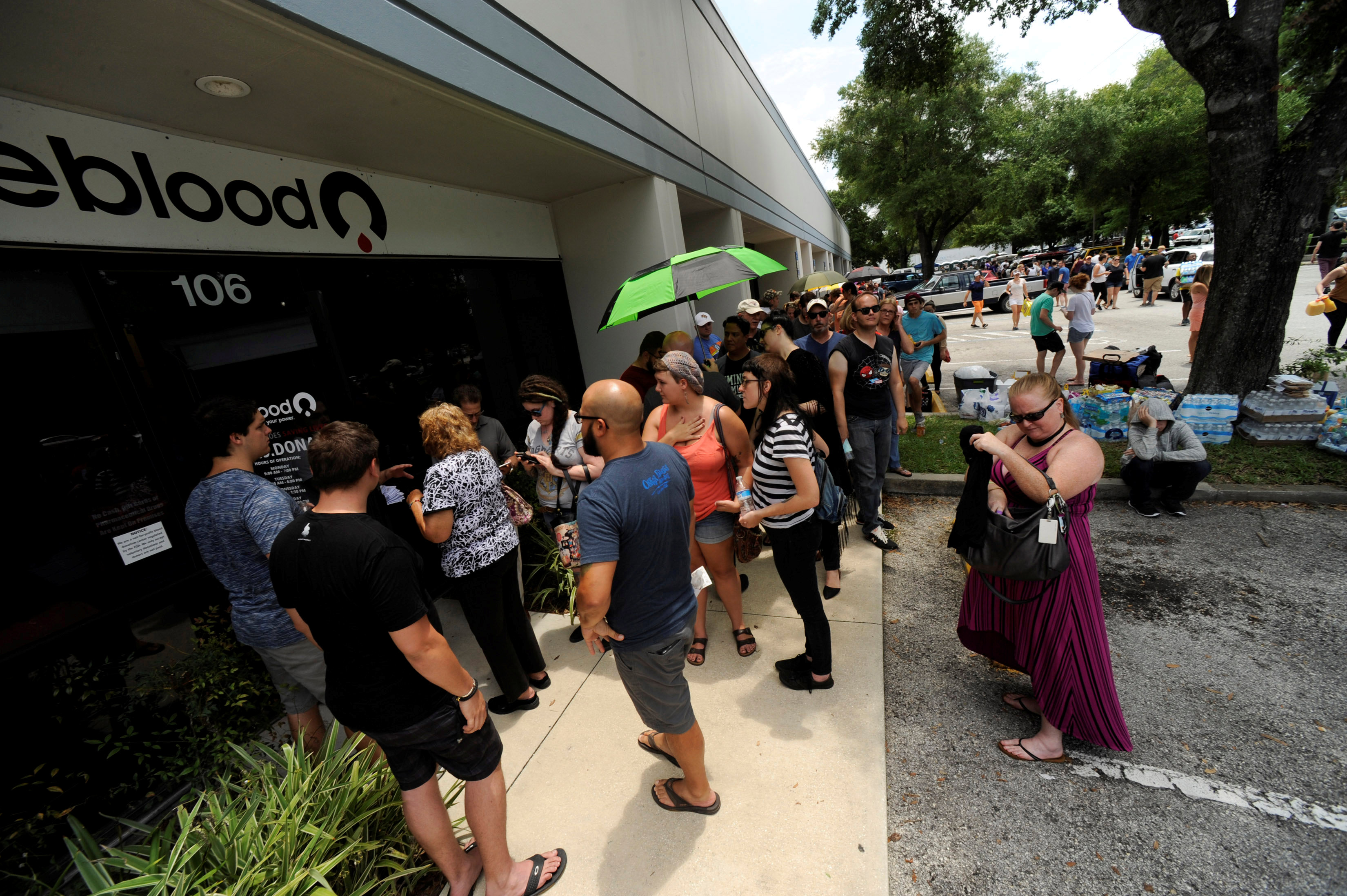 More than 700 people lined up to help Sunday after Florida officials announced a desperate need for blood donors in wake of the deadly attack at a gay nightclub in Orlando.

Situations like this show why a ready blood supply is so vital for communities, Forbes explained.

Florida Sen. Marco Rubio tweeted to his more than 1.4 million followers asking them to consider donating.

"As quickly as it is donated it is processed, tested and shipped out the door," Forbes said.

Long lines of people could be seen outside of blood banks in Orlando; the line at one blood bank was at least two hours long, according to one Twitter user.

By 5 p.m. ET, OneBlood said they were "at capacity," but residents who still want to help can schedule an appointment to donate at a future date.

However, there are limits to those who can donate. The Food and Drug Administration's policy bars donations from men who have had sex with a man in the previous year. That policy, issued last year, replaced a lifetime ban on blood donations from gay or bisexual men that had been in place for three decades.

Rumors circulated Sunday that the rule had been lifted for the Orlando crisis, but CBS News' Mark Strassman reports this was untrue, the FDA policy remains in place. Some gay men who wanted to donate blood were turned away.

While blood centers are currently full, Forbes encourages others to sign up to donate this week.

"It is an ongoing need every day for blood centers across the country," Forbes said.