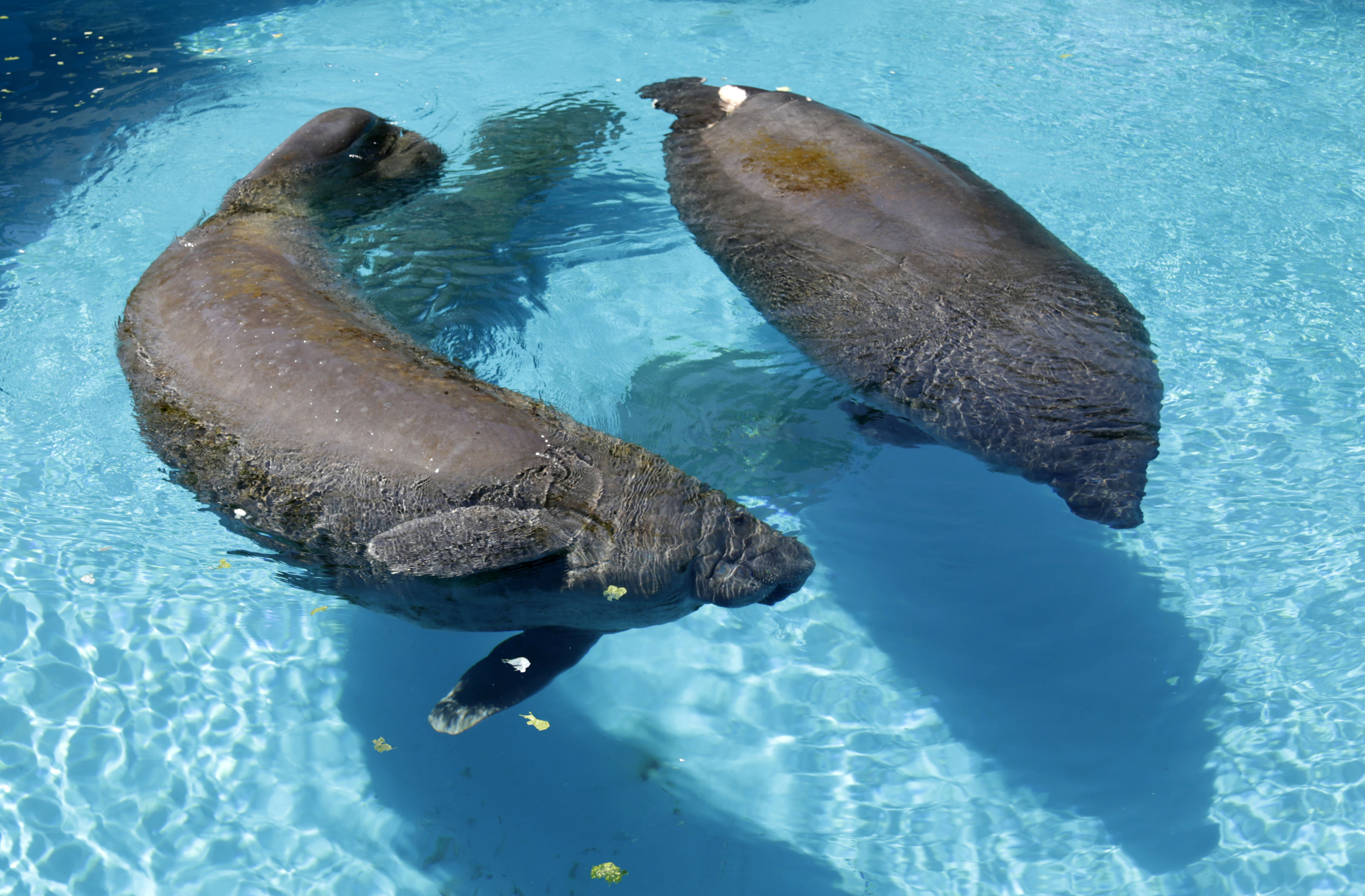 MIAMI -- The population of Florida's iconic manatees has recovered enough that the species no longer meets the definition of "endangered" under the Endangered Species Act, federal wildlife officials said Thursday.

The U.S. Fish and Wildlife Service have proposed relisting the slow-moving, speed bump-shaped marine mammals as a "threatened" species, which would maintain most of their protections but allow some flexibility for federal officials to manage them.

"Based on the best available scientific information, we believe the manatee is no longer in danger of extinction," Michael Edgar, deputy regional director for the wildlife service, said at a news conference at the Miami Seaquarium, which has rescued, rehabilitated and released manatees back into the wild for decades.

A Florida business group and the conservative Pacific Legal Foundation petitioned the government in 2012 to reclassify the manatee, citing a 2007 federal review that recommended listing the species as threatened because the population is recovering.

They argued that if the federal government followed its own rules, the reclassification should have been automatic.

"It's taken eight years and two lawsuits to get the government to follow up on its own experts' recommendation to reclassify the manatee," Christina Martin, a Pacific Legal Foundation attorney, wrote in an email. The foundation has represented a group of recreational boaters, tour operators, dive shops and hotels on the Crystal River, which is warmed by natural springs and is a favorite winter congregating spot for manatees.

Florida's manatee population has grown from several hundred in 1967 to more than 6,000 counted last year in an annual statewide survey.

Wildlife and manatee advocates say the proposal to relist manatees as a threatened species ignores ongoing threats to their survival.

Also known as "sea cows," manatees are primarily found in Florida though their range extends to Puerto Rico and other parts of the Caribbean. Their biggest threats in the U.S. are boats, cold water, toxic algae blooms and discarded fishing debris. Elsewhere in the West Indian manatee's Caribbean range, the animals face significant habitat loss.

The wildlife service "should not move forward with downlisting without a proven, viable plan for further reducing boat strike mortality and for preserving vital warm water habitat" said Jaclyn Lopez, Florida director at the Center for Biological Diversity.

The public will have 90 days to comment on the proposal, and the wildlife service will have a year to adopt the proposed relisting or explain why it won't. A public hearing on the proposal is scheduled Feb. 20 in Orlando.

Analyst on why gas prices are so high
Thanks for reading CBS NEWS.
Create your free account or log in
for more features.
View CBS News In
CBS News App Open
Chrome Safari Continue
Be the first to know
Get browser notifications for breaking news, live events, and exclusive reporting.