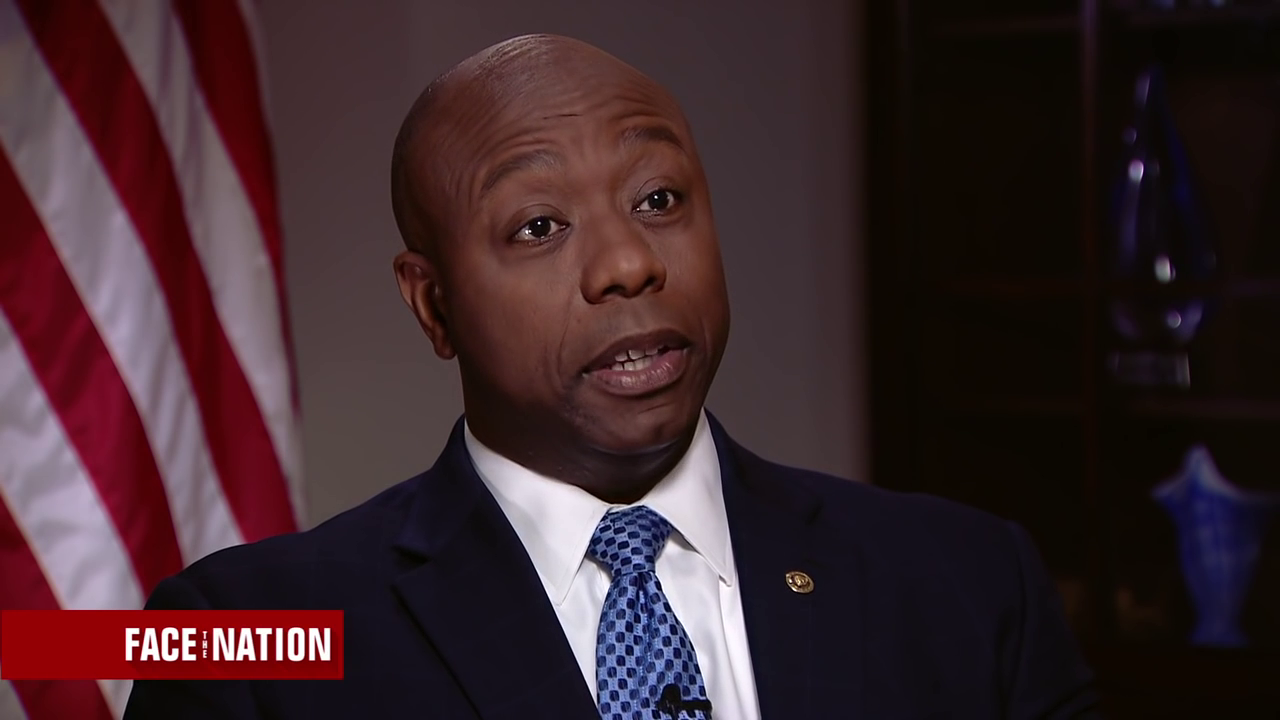 One year after President Trump blamed "many sides" for the violent clashes in Charlottesville, Virginia, South Carolina Republican Sen. Tim Scott said that Mr. Trump's new condemnation of racism and violence in America is "positive step in the right direction."

Scott, the U.S. Senate's only black Republican member, said the president's Twitter message ahead of Sunday's Unite the Right rally in Washington, D.C., marking the one-year anniversary of the clashes was a "positive sign of a better direction for the nation without any question."

"The riots in Charlottesville a year ago resulted in senseless death and division. We must come together as a nation. I condemn all types of racism and acts of violence. Peace to ALL Americans!" Mr. Trump tweeted on Saturday, a stark contrast to his mixed messages in the wake of the 2017 violence.

In Mr. Trump's first remarks after the clashes, he condemned hatred and bigotry on "many sides." This was later revised after outcry for not explicitly calling out white supremacists. He called racism "evil" at a White House press conference. Then Mr. Trump, for a third time, addressed the violence, placing blame on "many sides."

It was a message that prompted Scott to call out the president on CBS' "Face the Nation" last year, saying Mr. Trump's moral authority had been "compromised."

This year, Scott told "Face the Nation" moderator Margaret Brennan, "I am not first a Republican, I'm first an American, and my goal is to make sure that each and every American has a chance to experience their full potential. And that means sometimes you have to walk alone. Sometimes you have to say things that may not be popular and that's necessary in the times in which we live."

In the aftermath of the violence, Scott said the president called on the senator to see what he could do to make a difference in the country.

"I laid out something that I thought would be very powerful, and that was the opportunity zones, bringing more resources back into distressed communities," Scott said. "We celebrate the success of this economy without any question. But the reality of it is that there are pockets in this nation where the recovery has been uneven and the opportunity zone legislation, supported by the president, will have a positive impact, a powerful impact in communities that are distressed and disproportionately communities that are black and brown."

Scott also highlighted the president's recent sit-downs with members of the African-American community, including pastors, business leaders and proponents of prison reform, as a stepping-off point for better relations.

The senator noted, however, that the current rhetoric plaguing his party and the presidency today "is not always helpful."

"The fact of the matter is the rhetoric comes from both sides, that we can name some Congress members on the left who have said some poisonous and toxic things and I can certainly name folks on the right who have done the same thing," Scott said. "So the truth of the matter is the party of Lincoln, I think, is in fact standing strong in many ways."

He added, "There are strong signs from the White House to the both houses of Congress that we are making progress as the party of Lincoln. But the fact of the matter is that I'm more interested and more concerned with the progress of one nation and one American family than I am just the Republican Party."

Trump: "The hedge fund guys are getting away with murder"