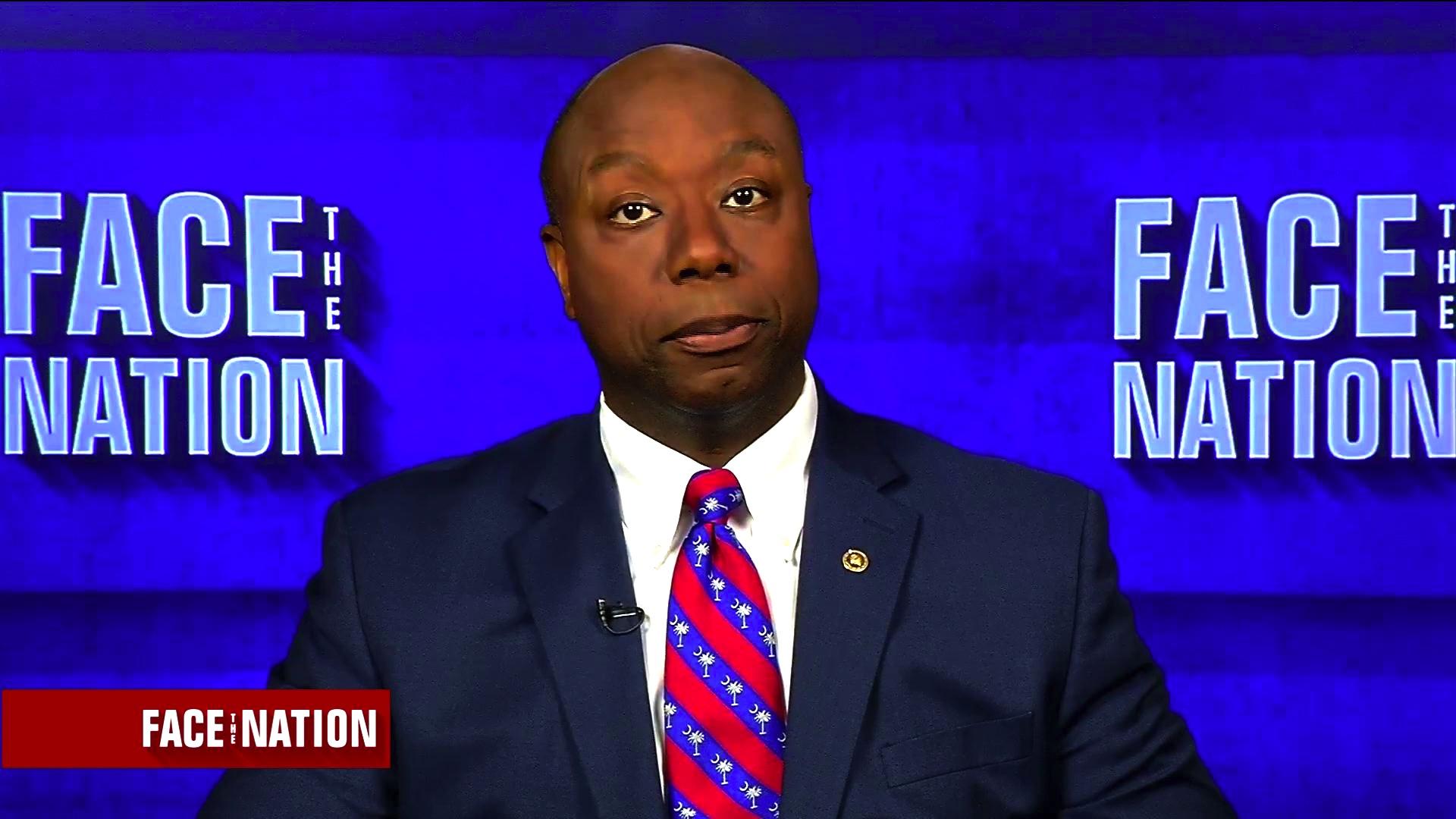 Republican Senator Tim Scott is calling into question President Trump's ability to lead the country following his divisive comments on violence that erupted at a white nationalist rally in Charlottesville, Virginia, last weekend, saying his moral authority has been "compromised."

"As we look to the future, it's going to be very difficult for this president to lead if, in fact, that moral authority remains compromised," Scott said on CBS News' "Face the Nation" Sunday.

"His comments on Tuesday that erased his positive comments on Monday started to compromise that moral authority that we need the president to have for this nation to be the beacon of light to all mankind," he added.

In Mr. Trump's first remarks after the clashes on Saturday, he condemned hatred and bigotry on "many sides." This was later revised after outcry over not explicitly calling out white supremacists. He called racism "evil" at a White House press conference on Monday. Then Mr. Trump, for a third time, addressed the weekend violence, placing blame Tuesday on "many sides."

The South Carolina Republican suggested that Mr. Trump should instead sit down with those who have "endured the pain" of racism and bigotry in the United States.

"This would be an opportunity for him to become better educated and acquainted with the living history of so many folks, from John Lewis to my mother and so many others who have gone through a very painful part of the history of this country, so that when he acts, when he responds, and when he speaks, he's not reading the words that are so positive that he's breathing the very air that brings him to a different conclusion, a conclusion that comes from the wells of his heart," Scott said.

Scott added, "If the president wants to have a better understanding and appreciation for what he should do next, he needs to hear something from folks who have gone through this painful history."

"Without that personal connection to the painful past, it will be hard for him to regain that moral authority, from my perspective," he said.

Scott called the rise of counter-protests in the U.S. a powerful moment for America, saying "these are good times for those who believe that darkness must be put out and light must shine even brighter."

And Scott had a message to his own party: "We all must reject hatred, racism, and bigotry, and do it in such a clear and unambiguous way that there leaves no doubt, period."

"The Republican Party is the party of Abraham Lincoln and Ronald Reagan," he said. "We believe that all men and women are created in the image of God."

"We believe that we were all equally created," he said. "So the fact of the matter is that we should assume, by default, that we reject the support of those who do not support the theory, the notion, the fact that all men are created equally. So that, to me, seems like the starting point and should not be a leap."