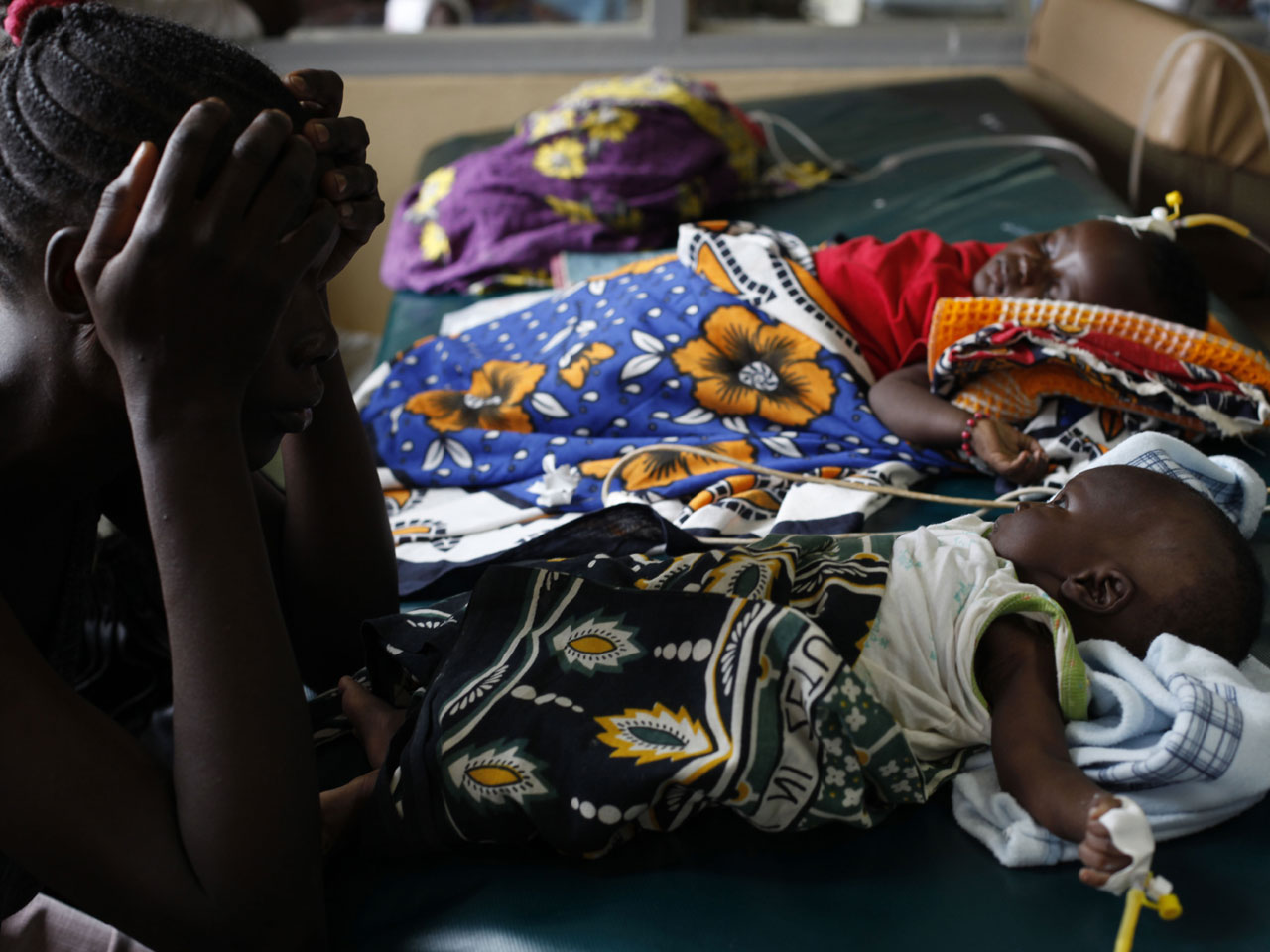 Child death rates since the 1990s have dropped drastically, but more needs to be done to prevent the deaths of children under five, a new report from international agency UNICEF finds.

UNICEF published the new report Friday to update the progress of the agency's ongoing campaign against childhood mortality, Committing to Child Survival: A Promise Renewed. Since 1990, the under-five mortality rate has dropped from 90 deaths per 1,000 children to 48 deaths per 1,000 in 2012. A total of 17,000 fewer children died each day in 2012 than they did in 1990 -- about 90 million lives worldwide spared over the past two decades.

Despite all these advances, the world is still shy of reaching the "Millennium Development Goal 4," a joint goal from the UN and World Health Organization to cut the under-five mortality rate by two-thirds between 1990 and 2015, UNICEF warned.

"Yes, we should celebrate the progress," Anthony Lake, UNICEF executive director, said in a press release. "But how can we celebrate when there is so much more to do before we reach the goal? And we can speed up the progress -- we know how, but we need to act with a renewed sense of urgency."

Though under-five deaths are reducing at the fastest rate in 20 years, the world is not expected to reach the global mortality goal until 2028, 13 years past the deadline. About 35 million children will die between 2015 and 2028 as a result of not reaching the benchmark. Only two regions -- East Asia and the Pacific, and Latin America and the Caribbean -- are on track to reach the 2015 deadline.

In total, 216 million children have died before they turned five since 1990. Most of the under-five deaths in 2012 occurred because of preventable diseases. Pneumonia (17 percent of deaths), diarrhea (9 percent) and malaria (7 percent) were the number one preventable killers of young children, taking the lives of 4,600 kids each day last year. UNICEF and the World Health Organization joined together to create a Global Action Plan for Pneumonia and Diarrhea to directly address this issue.

"The world is failing the 18,000 who still die every day... What's unforgivable is they still die from preventable causes," Geeta Rao Gupta, UNICEF deputy executive director, told CBSNews.com during a Sept. 12 press conference.

In 2012, 44 percent of young children who died -- about 2.9 million children -- lost their lives during the neonatal period, meaning the first month after birth. One million of those children died during their first day of life.

"The attention to care of a newborns has not been as great to the attention to the postnatal deaths (due to) diarrhea, malarias and pneumonia, which is why as partners we have come together," Gupta explained.

About 98 children die per 1,000 kids in sub-Saharan Africa. They will also have the world's largest under-five population by 2050.

UNICEF currently has several initiatives in place to help combat child mortality. Their Global Vaccine Action Plan is attempting to give universal access to immunization by 2020. Another program, the United Nations Commission on Life-Saving Commodities for Women and Children, is aiding in getting women and children priority medications like basic antibiotics and oral rehydration salts. However, the organization emphasized that it has to be a worldwide effort, and all countries have to get involved.

"Global partnerships to further accelerate the reduction of under-five mortality globally and in sub-Saharan Africa are essential," Wu Hongbo, under-secretary-general for economic and social affairs at the United Nations, said in a press release. "In this regard, it is critical that national governments and development partners redouble efforts through to the end of 2015 and beyond."

Dr. Zulfiqar Bhutta, the new co-director of Sick Kids' Global Child Health center, told the Toronto Star that the results should not be taken at face value because less than 3 percent of under-five deaths are medically certified, and only 60 countries have official systems to track details on child deaths. Bhutta, who was not involved in the UNICEF report, added that other groups expected to release child mortality estimates in early 2014 may be able to shed light on whether these startling statics are accurate.