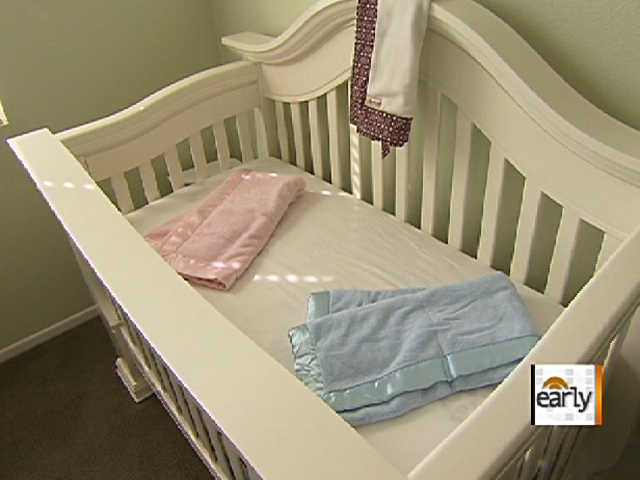 Adoption can be one of the most emotional experiences for a couple trying to build a family.

It's hard to believe, says CBS News Chief Investigative Correspondent Armen Keteyian, but there are people who prey on those emotions for financial gain.

On "The Early Show," CBS News Correspondent Armen Keteyian reported that, after four frustrating years trying to have children on their own, Holly and Mark Gonzales decided to try adoption. Then, last month, they got the call they had been waiting for, from a woman who said her name was Kristy Bennett.

Holly recalled, "She's got it all together and she sounded fantastic. She couldn't keep the babies because they couldn't afford it."

"Bennett" said she was pregnant with a boy and a girl.

Holly said, "About a half-an-hour later she sent me a text saying, 'I think you're going to be great parents to the twins."'

But the promise of twins turned out to be an empty one. The expectant "mother" on the phone was actually a Kansas City alleged con artist named Roxanne Janel Jones, who was driven by greed, Keteyian said.

Posing as a mother looking to adopt, Keteyian said he and his team found and made contact with Jones, who told a CBS News producer her name was not Kristy Bennett, but Cindy Stevens. The call led to a face-to-face meeting in a hotel suite wired with hidden cameras.

The producer said, "You're having twins not triplets, now, right?"

Jones can be heard saying, "Twins, a boy and a girl."

The producer said, "A boy and girl. You've got the sonograms that someday we can look at?"

"But they are saying they are healthy?" the producer asked.

"Well, how should we do it then, would you allow my husband and I to be in the room?" the producer asked.

"I want you guys to be in there," Jones said. "I want both of you to be in the delivery room. I want the doctors to hand the babies to you guys."

Keteyian said, "And as we discovered, what Jones did to the Gonazaleses - and was trying to do to us - had been done many times before."

You can see Keteyian's full report on adoption scams tonight on the CBS Evening News with Katie Couric.

Holly said, "Watching her right now again, she said the exact same things to us. Exactly the same things. 'I want you to be in the room.' ... It's very hard to watch."

Holly said Jones was practiced in her act.

"She had the routine down," Holly said. "She knew exactly what to say. And I think she kept to the same story very, very often."

Mark Gonzales said their interaction with Jones has set back their efforts to adopt a baby.

He said, "(We) really were excited about having the opportunity to get twins. Girls, no less, and when that was taken from you, it just -- you got to start all over again, and kind of seeing that just brings back all that emotion."

But throughout the attempt at adoption, Holly said the couple did notice some red flags.

She said, "We chose to ignore them because of the hope that this was happening. There were things, you couldn't reach her on a cell phone. Every time she would call you, the calls were dropped. You could text her. And then she may answer. She may have a friend answer for her. Yeah, there were many red flags."

He recalled, "They got so blatant we just really had to say, 'enough was enough.' And you can't ignore them too much longer. But, you really want to believe. That's why you ignore them for so long because, this is something we wanted for quite a long time, and you're so close, you can -- everything's happening, and then it just -- you got to stop and say, 'enough is enough.'"

So how can couples guard against these kinds of issues during adoption?

Adoption expert Adam Pertman, executive director of the Evan B. Donaldson Adoption Institute and author of "Adoption Nation: How the Adoption Revolution is Transforming Our Families - and America," said these kinds of problems don't happen often, but acknowledged, "there are bad people out there."

"There are bad people in journalism, in medicine, on the Iinternet, getting old people's money through bank accounts when they promised a million bucks," he said. "In our world - in the adoption world - unfortunately, the consequences are so hugely emotional. That it can be blinding. And we can miss red flags."

So what should adoptive parents do?

"First educate yourself," Pertman said. "You know, too many people go in to this process of being an adoptive parent thinking, all I need to do is pay my agency, pay my facilitator and it goes. You put more time and effort, finding a new doctor, buying a new car. And you need to really educate yourself with internet resources, support groups, there's lots of good stuff."

He also recommends enlisting a professional in your adoption search.

"You're not a pro at this just because you want to be a parent," he said.

Pertman adds your radar should be up.

As for the Gonzaleses, they plan to keep searching for a viable adoption.

"Our baby is out there somewhere," Holly said. "We'll find him."