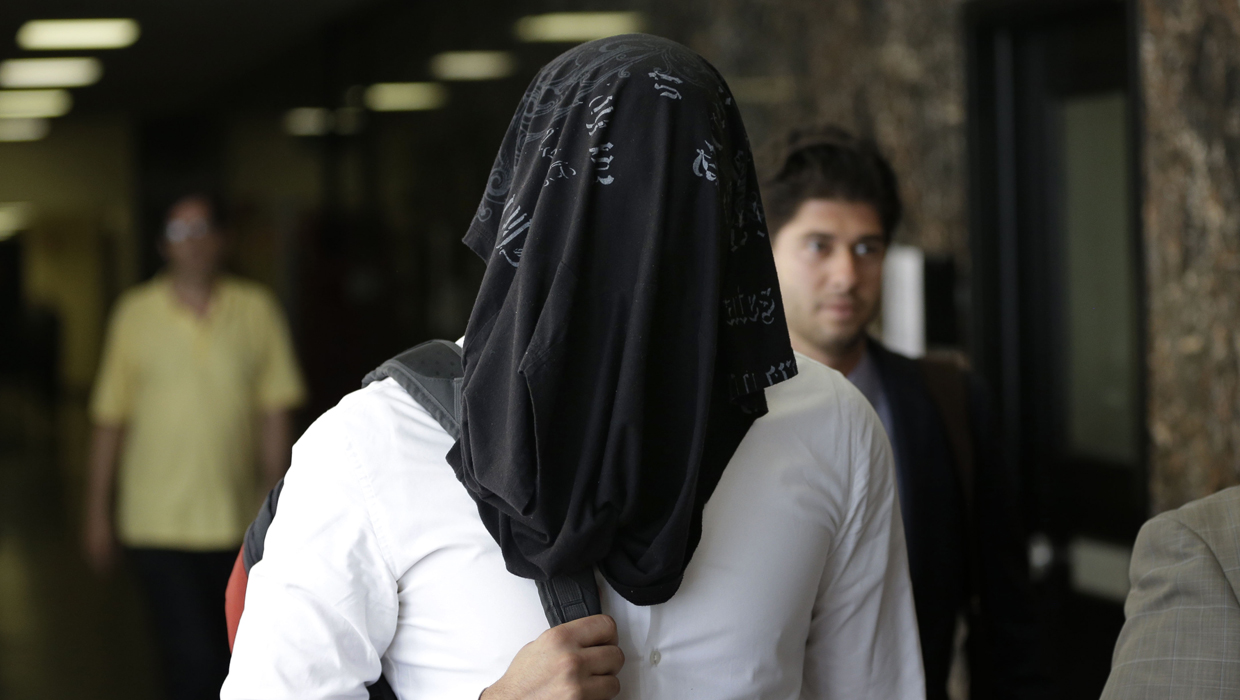 NEW YORK - An undercover NYPD cop accused of shirking his police duties and joining a group of angry motorcyclists who assaulted an SUV driver testified Tuesday he didn't intervene because he feared for his safety and didn't admit his involvement in the melee because he worried he'd get fired.

New York City Police Det. Wojciech Braszczok testified in his own defense in the trial stemming from the September 2013 attack on SUV driver Alexian Lien. Braszczok and co-defendant Robert Sims are charged with assault and other crimes following the motorcycle rally that devolved into pandemonium and became a West Side Highway horror story to millions who saw a helmet-camera video posted online.

Braszczok was off duty at the time and never carries a gun or badge identifying himself as an officer because it could compromise his undercover work, he said. The first time he noticed Lien was when the driver stopped on Manhattan's West Side Highway amid a bunch of bikers and then seemed to accelerate suddenly, striking a biker and speeding off.

"I thought he was the aggressor, he took off, he fled the scene," he said in explaining why he followed the driver north on the highway.

Prosecutors have suggested Braszczok and the other bikers had made the West Side Highway a personal playground, popping wheelies, slapping car hoods and terrorizing Lien and his wife and toddler, who were headed to New Jersey to shop. Lien says he feared for his life so he drove away, running over a biker. Prosecutors say Braszczok barreled after Lien and was among the bikers who forced the Range Rover to a stop on a side street. The detective eventually drove away while Lien was pulled from the car and attacked on the street.

But Braszczok said Tuesday he followed Lien because he wanted to "stop the car from running more people over." When he got off his bike, he intended to tell Lien to stop driving, but he heard a bang and saw the SUV window break, and then started to fear for his safety, so he left.

"I should have called 911, but I didn't," he said. He said he regretted the decision, adding he believed the police were on their way.

Braszczok also said he wasn't truthful with his superiors about the incident because he worried he'd be fired or reprimanded - but not because he'd thought he had committed a crime.

The defendants opted to have a judge, not a jury, determine the outcome. Eleven men were indicted in the melee; the others have pleaded guilty to charges including assault and riot and face sentences of probation to two years in prison.

Lien was not charged. The biker Lien hit, Edwin Mieses, was paralyzed.