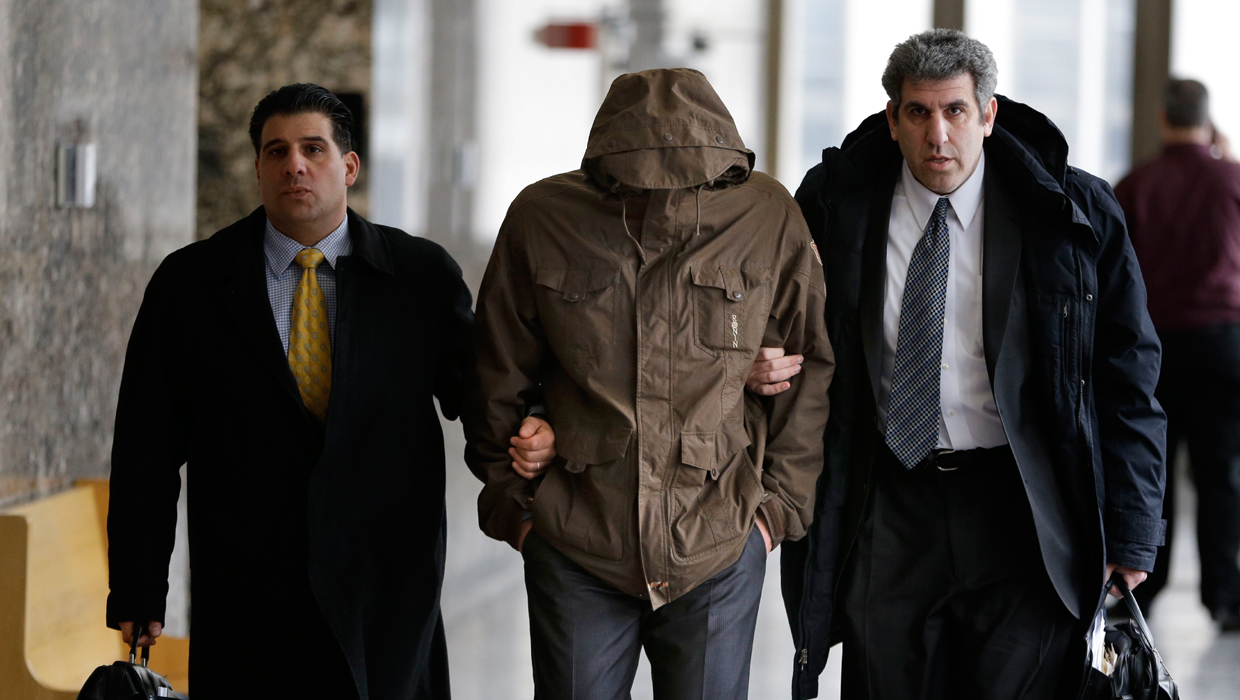 NEW YORK - Prosecutors said Thursday they have changed their minds about reducing charges against an undercover police detective accused of taking part in a motorcyclists-versus-SUV driver melee that was caught on video.

The Manhattan district attorney's office had said in December that the SUV driver's facial injuries were healing and might not warrant the first-degree assault and gang assault charges against Detective Wojciech Braszczok and nine other bikers. The charges require permanent disfigurement.

"Unfortunately, it appears the victim's injuries have not healed as well as we initially believed they would," so the charges stand for now, Assistant District Attorney Joshua Steinglass said Thursday.

Defense lawyer John Arlia told a judge the developments meant "the game will change" in the case, which grabbed headlines last fall as a highway horror. Arlia and fellow Braszczok lawyer Bruce Wenger declined to comment after court.

Braszczok -- who walked through the courthouse hallway with a hood up and a scarf covering most of his face to shield himself from photographers -- has pleaded not guilty. His lawyers have said that he never came close to the SUV driver and that the video footage will exonerate him.

The other nine motorcyclists have court dates Friday. The DA's office declined to comment on whether their charges would also remain the same, but they are based on the same injuries.

A spokesman for the SUV driver, Alexian Lien, had no immediate comment Thursday. Lien hasn't been charged, and he has filed a legal notice saying he plans to sue the city over Braszczok's role in the Sept. 29 confrontation.

The tension began when an SUV carrying a family on a Sunday drive crossed paths with a motorcycle rally -- with at least one rider capturing events on a helmet-mounted camera and later posting video online.

Police say a motorcycle slowed in front of the Range Rover, which then bumped the bike. Motorcyclists dismounted and converged on the SUV. Lien has said he feared for himself, his wife and their toddler. He hit the gas to get away, running over and seriously injuring motorcyclist Edwin Mieses Jr., of Lawrence, Mass.

The other bikers chased after Lien, dragged him from his car on a side street and beat him, some bashing him with their motorcycle helmets, authorities said. He needed stitches to his face.

The off-duty Braszczok wasn't accused of hitting Lien. But prosecutors have said he shattered the SUV's back window and did nothing to end the assault or get help. The 10-year police veteran told authorities and his union that he didn't intervene partly because he works undercover.

Crushed by the SUV, Mieses suffered broken legs and severe spine injuries. He has gone home from a hospital but still needs a wheelchair, and he most likely never will walk again, his lawyer, Gloria Allred, said this week.