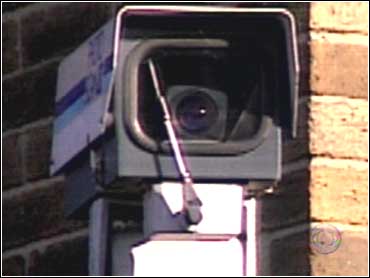 60 Minutes has a report on some covert operations being conducted right here in the United States - not by the CIA or FBI - but by Madison Avenue.

Advertising has become advertising ad nauseam, and we are forever being pitched to, marketed to, and appealed to by someone trying to sell us something.

As Correspondent Morley Safer reported last October, advertisers are trying ever more inventive (and some would say devious) ways of getting our attention. This is called "undercover marketing" -- marketing by masquerade, or stealth marketing.

If you find that troubling, the companies trying to sell you stuff aren't too thrilled, either. They're finding it harder and harder in this assault of advertising to get your attention, and are coming up with inventive - even devious - ways of grabbing you. This is called "undercover marketing" -- marketing by masquerade, or stealth marketing.

Somewhere in downtown New York, a secret plan is being hatched.

A handpicked team of attractive, approachable guns-for-hire has been tapped to go undercover.

They've been assembled by a company called Essential Reality, which has launched a new product called the "P-5 Glove," a cutting-edge device that video-gamers can use to fly planes and fire weapons on their computers, with the twitch of a finger.

Inside a nearby Starbucks, Theo and Kumani could be any of a million 20-somethings hanging out, obsessed with their new toy, not pitching anything, just waiting for someone to approach them. And so were we, with an undercover camera.

"How long have you had this?" asks a curious bystander.

"Okay, I'll try it," the man says, playing right into Theo's hands. After the temptation, Theo offers to email him information about the product, making sure he never lets on that he's on the job.

No one is overtly trying to sell you anything, only trying to get you to want it, and then, of course, buy it and tell your friends about it. It's not a soft sell or a hard sell. It's a secret sell.

Sixty actors took to the streets of 10 cities. They were irresistibly innocent looking, and they were seeking a small favor.

"Excuse me, you mind taking a picture of us?" asks one fake tourist. "Thanks a lot, man. It's cool, right?"

The undercover operation was the brainchild of John Maron, Sony Ericcson's marketing director.

"That was an easy way to create a very non-evasive interesting conversation with somebody without the pressure of it feeling, like, this is a pitch," says Maron. "In a sense, it was for the people to just fit into the area in which they were."

In other words, that good Samaritan doesn't know he's being had.
Times Square in New York City is the ancient home of American marketing, of every kind, for whatever takes your fancy. They once picked pockets, but now, they mess with your mind.

Malcolm Gladwell, who wrote about such things in his book, "The Tipping Point," thinks undercover marketing is a bit of a con game: "Well, there's an element, obviously, of deception involved that I don't think is the case in conventional advertising. Conventional advertising is about trying to charm us or trying to persuade us. But it's not usually about trying to trick us. And it's the trickery part, I think, that makes this different."

But there is deception in all advertising. For example, the cars you see on television are slicker, faster, and shot in a particular way to make them look even better than they may look in a showroom.

"But there's a set of rules that govern a lot of advertising and we're aware of the rules," says Gladwell. "We're aware that the woman in the advertising for Ivory Soap is prettier than most women in our lives. A line is crossed, I think, when you go outside of those normal boundaries and start to deceive people in ways that they are, where they are totally unwitting to what's going on."

Critics of this kind of advertising would say there's something slightly subversive about it.

"Certainly, there are critics of the program. And I can't speak to what other people's opinions of the program are," says Maron. "The majority of the people that we polled found it interesting, fun, and innovative. They didn't find it at all, to use your words, deceptive or subversive. I mean, it was simply that they enjoyed a new way to see a cool new product."

"Cool new products" are the lifeblood of undercover marketing, and these are the kinds of people the marketers want to get them to not just buy, but get them talking about a product.

But can buzz be manufactured?

"My problem with undercover marketing is not what happens in the moment. It's what happens a week, or two weeks, or a month down the road, when we discover we've been duped" adds Gladwell. "And I think that the moment when we discover we've been duped causes a backlash. Companies who engage in this practice are courting that backlash. And that's a very, very dangerous thing to play with."

After the stealth campaign at Starbucks, we tracked down some of the people lured into using the computer glove.

John Flaherty said he didn't like being taken. "It just seemed to me like a nice friendly encounter, and it kind of restores your faith in your fellow New Yorkers. And then, to find out it was all fake, it was just kind of, I don't know - I don't like, I don't like the ring of it."

The marketers keep finding new ways to de-activate our advertising early warning systems. None of the fashion victims at a party 60 Minutes attended knew they were also stealth marketing victims. In fact, they were unaware that they were being pitched to every time they were offered a drink.
These painfully hip party animals do not seem a bit curious that the only alcohol being poured is a new brand called Turi Vodka -- nobody hyping anything, just pouring.

David Elias, CEO of a marketing company called Soulkool, ran the vodka operation. He's the man to go to if you want to influence the choices of that fickle, unpredictable 20-something demographic.

He made a deal with the hottest club in town: to only push Turi Vodka at this party, hoping to start a vodka buzz. It's called viral marketing - as in virus. Somebody tells two friends, who then tell four friends, and so on, until the infection takes hold.

"This is not the old theory. This is the new way of doing it. The clutter in the marketplace, people feeling like they're marketed to all the time, that kind of message for this demographic doesn't work," says Elias. "It really, they're not interested. They want to know about it from a friend of theirs that's in the know, that keeps up with the trends. And that way, it's very subtle."

Subtle is Elias' weapon of choice. On the day 60 Minutes visited, Soulkool operatives were going undercover on the Internet, promoting the movie "Cowboy Bebop," an animated feature.

Soulkool employees, all of them barely in their 20s, boost the promotion by flooding Internet chat rooms and message boards with rave reviews for the movie.

Soulkool does not mention any professional affiliation, so the kids who read their messages have no idea they're talking to a paid marketer, hired to plug the movie. And it's not just Soulkool employees who are doing the plugging.

There's Lucas Schlager, a 13-year-old "Cowboy Bebop" fanatic, one of 350 volunteers across the country enlisted by Soulkool to hype the movie in exchange for T-shirts and posters.

From the comfort of his Long Island bedroom, Lucas spends hours in chat rooms, typing and hyping away.

"Thirteen different chats and four message boards, multiple postings. And I would just, you know, completely tell everything about this movie. And just get people to go see it," says Schlager.

Lucas sometimes mentions Soulkool in his chats, but often he doesn't. The other person has no idea he's dealing with a marketer.

It's all enough to make a person wonder about that chance encounter.

When a company called Freedom Tobacco wanted to market Legal, their new brand of cigarettes, they didn't have a big budget, so they did what a lot of companies are doing lately: they went undercover.

"The goal here is to be sitting at the bar, you have your package of cigarettes on the table, they're open, they look full, and you're really waiting for someone to come up to you and bum a cigarette," says the marketer.

Undercover is where you'd expect to find cigarettes and smokers these days. But there's a whole host of wholesome household names stalking you.

"Some of the clients that I can't speak about because of the contracts that we have with them, they talk about the fact, you know, this kind of marketing needs to stay undercover," says Elias. "And they pay us a lot of money to keep it that way."

Undercover marketing hasn't eclipsed the old-fashioned kind, but it's growing. And if you think you haven't run into an undercover marketer yet, well, that's the point.

Inside the documents obtained from Osama bin Laden's compound
Thanks for reading CBS NEWS.
Create your free account or log in
for more features.
View CBS News In
CBS News App Open
Chrome Safari Continue
Be the first to know
Get browser notifications for breaking news, live events, and exclusive reporting.