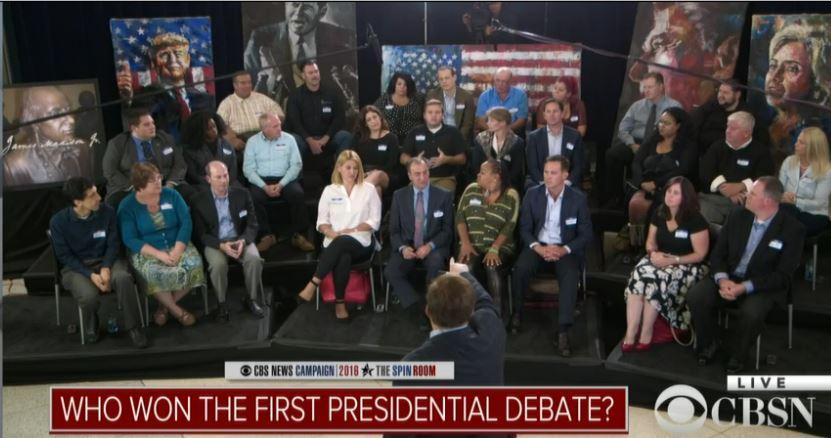 PHILADELPHIA  -- CBS News contributor and pollster Frank Luntz spoke with undecided Pennsylvania voters after Monday night’s presidential debate, and the general consensus among them was that Hillary Clinton won.

Participants also said they didn’t feel much better about the candidates after the debate than they did before.

“I would like competency and a track record of success,” said voter Matthew H.

“And you didn’t feel you got it?” Luntz asked.

“Not in one person,” Matthew answered.

“It’s that hard of a decision because they are both terrible,” a male participant added.

But not everyone agreed.

“I felt a little better,” a voter named Ralph said. “I I think she (Clinton) did come through as being comfortable and presidential.”

Luntz then asked participants in what ways they thought Clinton did well, and Trump did not do well.

“He went off message,” said participant Vincent H. “Recently he has been very good with his speeches, and his appearances, where he has stayed on message...tonight he went back to attack.”

Voter Sabrina said after watching the debate, Trump swayed her towards Hillary.

“He was completely offensive,” she said. “He lost me on the racial unity. And that’s where I draw the line.”

To see what else undecided voters had to say, watch the video above.